Anand Mahindra Is Amazed At…
Not Just Amsterdam, You Can…
Enjoy Unlimited Food And Drinks…
Avoid Ordering These Fast Foods… 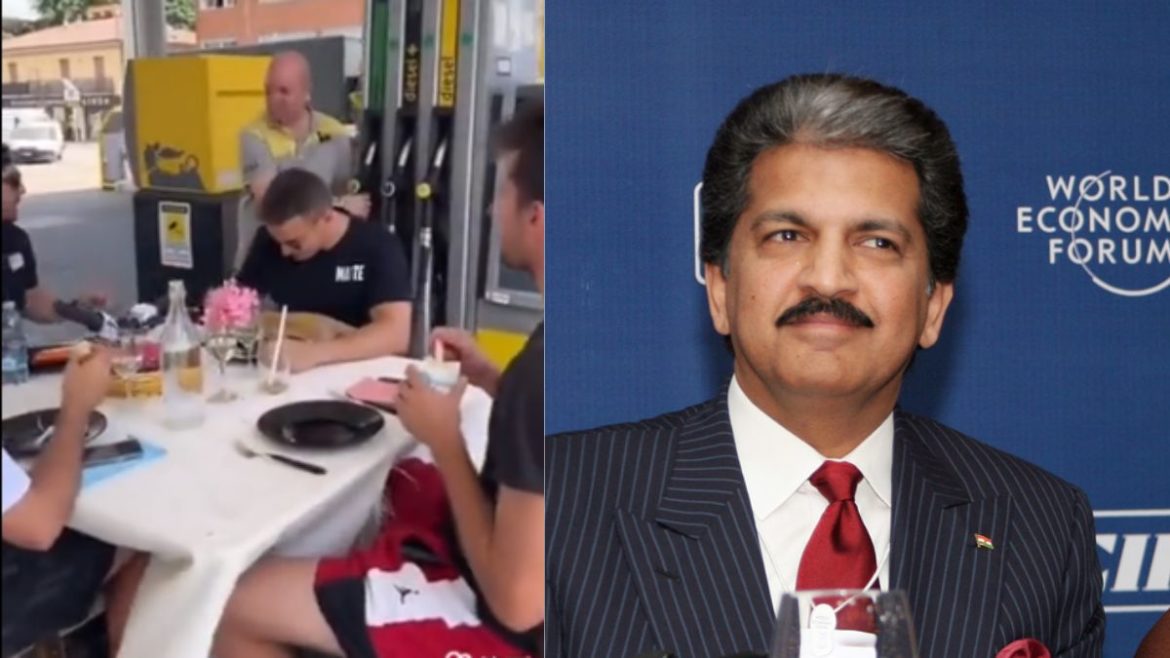 Business tycoon Anand Mahindra is known for lauding innovations across the globe by posting about them on his Twitter handle. He is also known for his witty one-liners which are sure to bring a smile to your face whenever he posts them on Twitter with some image or video featuring something different. His recent post features a group of friends enjoying a meal at a mobile dining table.

Group Of Four Eating Food On A Mobile Dining Table

Anand Mahindra once again made everyone’s day with his recent post on his Twitter handle. The post included a video that featured mobile dining at a petrol pump with his witty one-liner. He shared a video where one can see a group of four friends having their meal on a dining table that is not an ordinary one but a mobile dining table. The four friends are seated and drive their mobile table to the petrol pump where the attendant refuels the table. Then one of the four friends kickstarts the table and goes off. Anand Mahindra posted this video with the caption,  “I guess this is e-mobility. Where ‘e’ stands for eat…”

I guess this is e-mobility. Where ‘e’ stands for eat… pic.twitter.com/h0HKmeJ3AI

Also Read: Anand Mahindra Is Amused By This Waterfall In World’s Wettest Place In Meghalaya

Netizens were actually amazed by the video shared by the Industrialist. The video post spread like wildfire on the internet. People shared their reactions to the video. One user wrote that he found a better mobile dining table in London and attached a video with it. The video was taken on the streets of London with a mobile dining table with people having their meals on it as the mobile table takes them around.

Found a better one in London where the e-aters actually cycle for their meal pic.twitter.com/cBmzMoUUmL

Also Read: This Floating Restaurant In Odisha Lets You Dine In The Middle Of A River