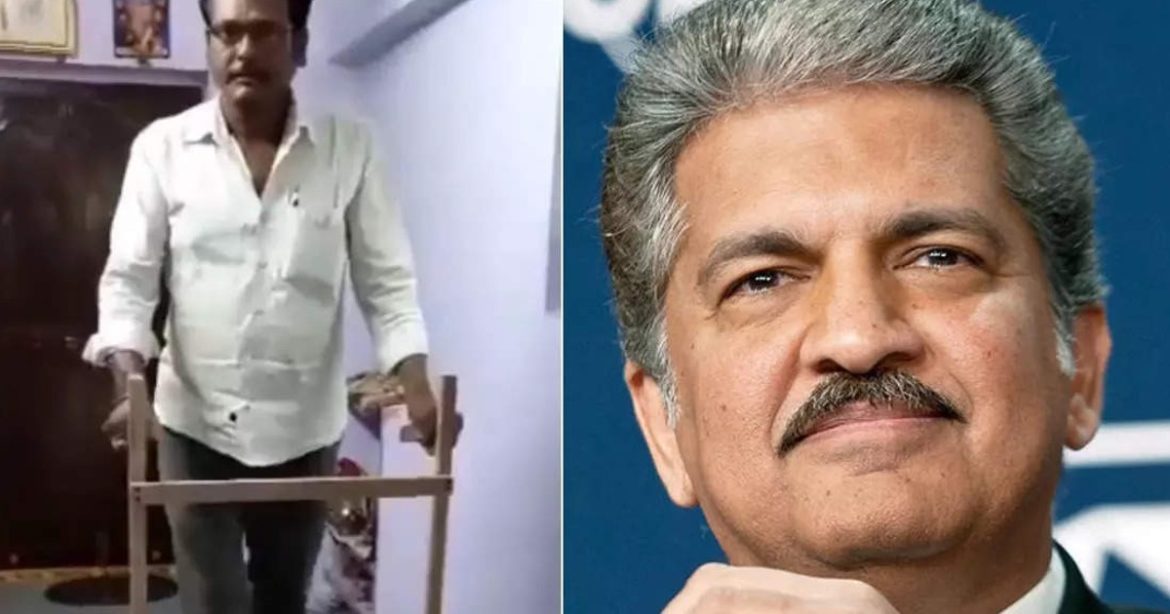 In a world obsessed with new innovations, a video of a man assembling a wooden treadmill that works without electricity has gone viral on social media. The 54-second video of the man diligently working on the treadmill has won praises from Anand Mahindra. The video shows the man using wooden planks to create th deck and then move on to the other components.

In a world of commoditised, energy hungry devices, the passion for craftsmanship, the hours of dedicated efforts in hand-making this device makes it a work of art, not just a treadmill. I want one… pic.twitter.com/nxeGh6a2kf

Mahindra Group Chairman Anand Mahindra took to social media to show his support to a talented entrepreneur who has a company that designs shoes from plastic waste. The business tycoon revealed that he is embarrassed about not being aware of such a revolutionary startup. 23-year-old Ashay Bhave founded “Thaely”, a shoe manufacturing company that helps solve the problem of plastic pollution. This company reuses plastic bags and bottles to design trendy sneakers. The startup founder came up with this idea while pursuing his BBA course in 2017. Thaely has recycled 25,000 plastic bottles and 36,000 plastic bags since July this year. Anand Mahindra revealed on social media that he will buy a pair asap and will also invest in this company in the future.

Embarrassed I didn’t know about this inspiring startup. These are the kinds of startups we need to cheer on—not just the obvious unicorns. I’m going to buy a pair today. (Can someone tell me the best way to get them?) And when he raises funds-count me in! https://t.co/nFY3GEyWRY

Trust Mahindra Group Chairman Anand Mahindra to always be relevant on social media for the right reasons. Recently, he tweeted about his concern about calling Bengaluru the ‘Silicon Valley of India’. Calling it “too derivative and wannabe’. Mahindra called out to his followers on Twitter for a new title for Bengaluru and it has caused quite a stir. The winner of this Twitter contest will also receive a special prize. The challenge has now come to an end, and Anand Mahindra has declared TecHalli as the new Bengaluru title instead of Silicon Valley. This entry was submitted by Srinivas P Reddy. Halli in Kannada means “village”, it’s a commonly used terminology in Namma Bengaluru.

The Chairman of Mahindra and Mahindra, Anand Mahindra called Twitteratis to participate in a competition for a new title for Bengaluru. The person with the best title will win a special prized picked by the Mahindra Chairman. This discussion started when Anand Mahindra quote tweeted a news article that mentioned about the non-stop Bengaluru-San Francisco flight is likely to resume from June 10, 2021. He remarked that these two major cities are connected because they are recognized as major IT hubs across the world. The renowned entrepreneur,  wrote, “A Shuttle between 2 High tech Valleys!”.

A Shuttle between 2 High tech Valleys! Like many, I’m not thrilled by Bengaluru being called’Silicon Valley of India.’ Too derivative & ‘wannabe.’ What do you think would be a good, original title for India’s High-Tech capital? Haven’t had a caption competition for a while( 1/3) https://t.co/922OwWTgm9

Winner To Get Replica Of Pininfarina’s H2 Speed Car

He then added that he is not thrilled with Bengaluru being called the ‘Silicon Valley of India’.  Anand Mahindra called it “too derivative and ‘wannabe'”. The Mahindra Chairman then asked Twitter fans what they think is a good, original title for “India’s High-Tech capital?”. He then stated that he has not conducted a “caption competition” for a while”. In the following tweet, he also posted a picture of a scale replica of Pininfarina’s H2 Speed car and wrote, “So here’s a variation on the caption competitions. This is the gift for the person who sends in what I feel is the best suggested new title for Bengaluru in place of ‘Silicon Valley of India.'” 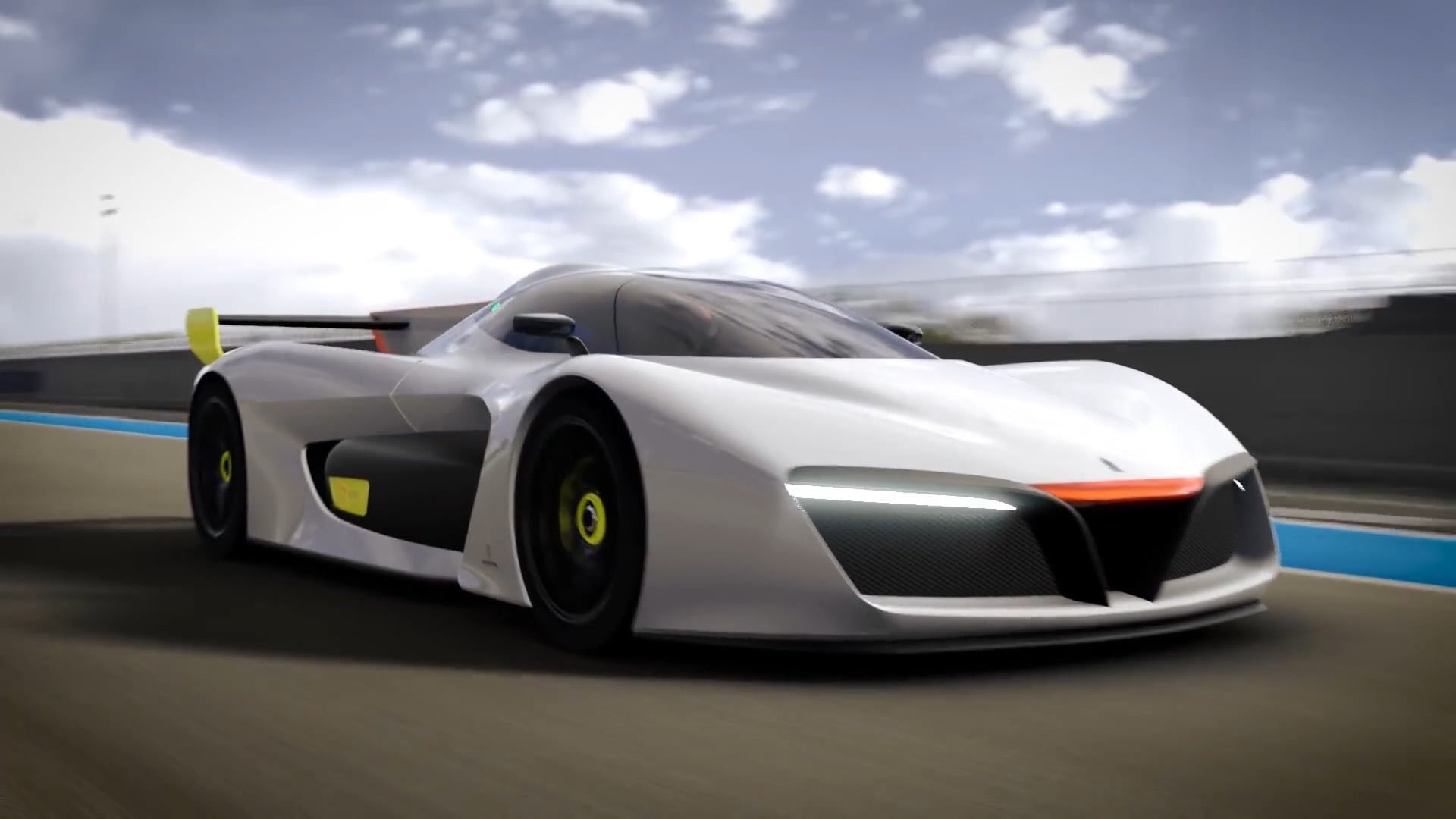 In the third tweet, Mahindra wrote, “The Pininfarina H2 Speed won the Best Concept Award at the Geneva Motor Show in 2016”. He added that he will consider all entries sent in the next 48 hours from the time had posted the tweet. Twitteratis took up the challenge and flooded his social media handle with creative titles for Bengaluru.  The winner of this contest was Srinivas P Reddy, who named the city TechHalli, translating to “the village of technology”. Infosys honcho, Nandan Nilekani was also a co-judge who shortlisted four entries and converged as the most appropriate. Now that’s what we call original and creative!

We have a result: @NandanNilekani who agreed to be a co-judge shortlisted 4 entries and then we both converged on one entry from those that we thought was the most appropriate. And the winner is…(Drumroll please) ‘TecHalli’ submitted by @SrinivasPReddy 👏🏼👏🏼 (1/2) https://t.co/u6YQExBccL

So, if you could give a new, original title for Namma Bengaluru, what would that be?