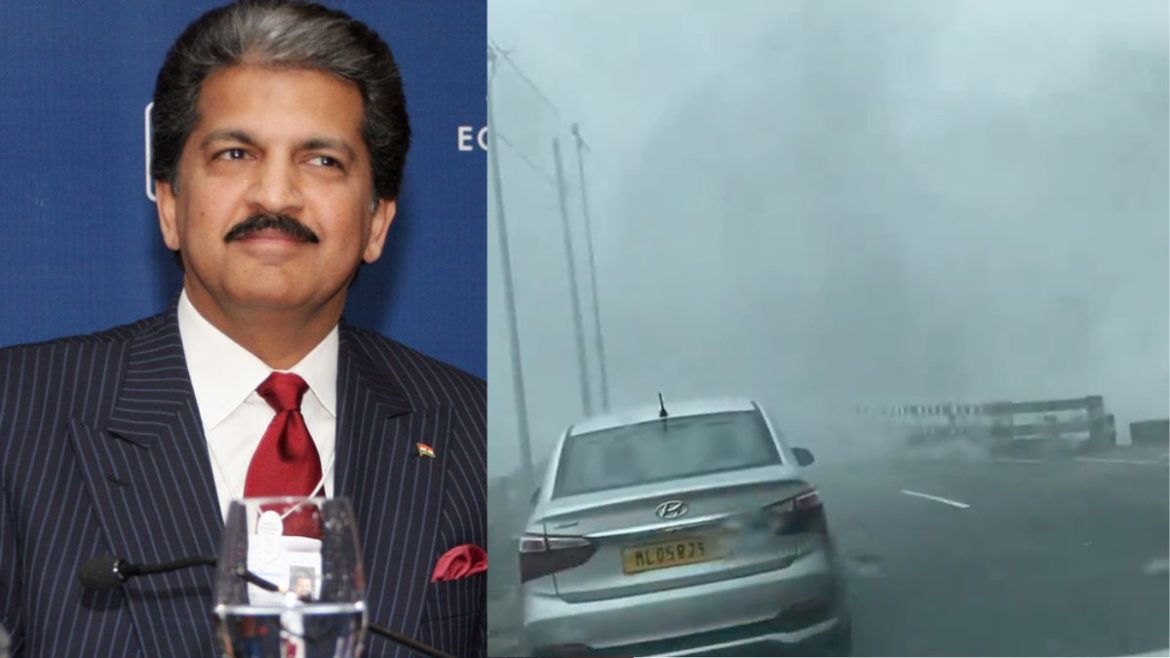 Known as the “wettest place in the world,” Mawsynram is a peaceful, sleepy yet mesmerizing village.  Mawsynram is located in Meghalaya, nestled in the Khasi Hills, where it receives 11,871 millimetres of rainfall annually. But this year, it broke its own record and Industrialist Anand Mahindra couldn’t stop himself from sharing a video of Mawsynram on Twitter.

Cherrapunji was once the wettest place in the world but Mawsynram has trounced it recording the highest rainfall in some years. The wettest place in the world, Mawsynram recorded in the last 24 hours a whopping 39.51 inches (1003.6 mm) of rain.  On Friday, a staggering 1003.6mm of rainfall was recorded here, which surpassed the previous record of 945.4mm in 1966. Business Tycoon Anand Mahindra stumbled across this video featuring a waterfall known as Kynrem falls in Mawsynram and was so mesmerized by the visuals that he posted it on his handle on Twitter. He captioned the video with a school memory and was in awe of the amazing sight.

When I was in school, the answer to ‘What is the wettest place in the world’ was Cherrapunji. Didn’t know Mawsynram is at the top of the podium. The visuals here are amazing… https://t.co/H8Dr7b10Hb

Also Read: These Stunning Destinations In India Rains Throughout The Year

Netizens Were Amazed At The Beauty

The video that features a waterfall known as Kynrem Falls and is taken from the vehicle, shows that the people thought that those were clouds but actually was the water that was being sprayed by the force of the waterfall. Netizens were simply amazed at the beauty of the waterfall and spoke about how India is blessed with so much natural beauty. Mawsynram recorded rainfall equal to Mumbai’s annual rainfall and Delhi’s 3 years of rainfall in just three days.

World’s Wettest Region performing on Standards#Cherrapunji whopping 972mm in the last 24 hours ending 8:30AM.
Total of 2457.2mm in last 3 days.
This is more than Mumbai’s annual Rains and #Delhi‘s 3 yearly rainfall falling in 3 days.
Extreme’s of #Monsoon in #India‘s Northeast! pic.twitter.com/I9qsfYB4Yk