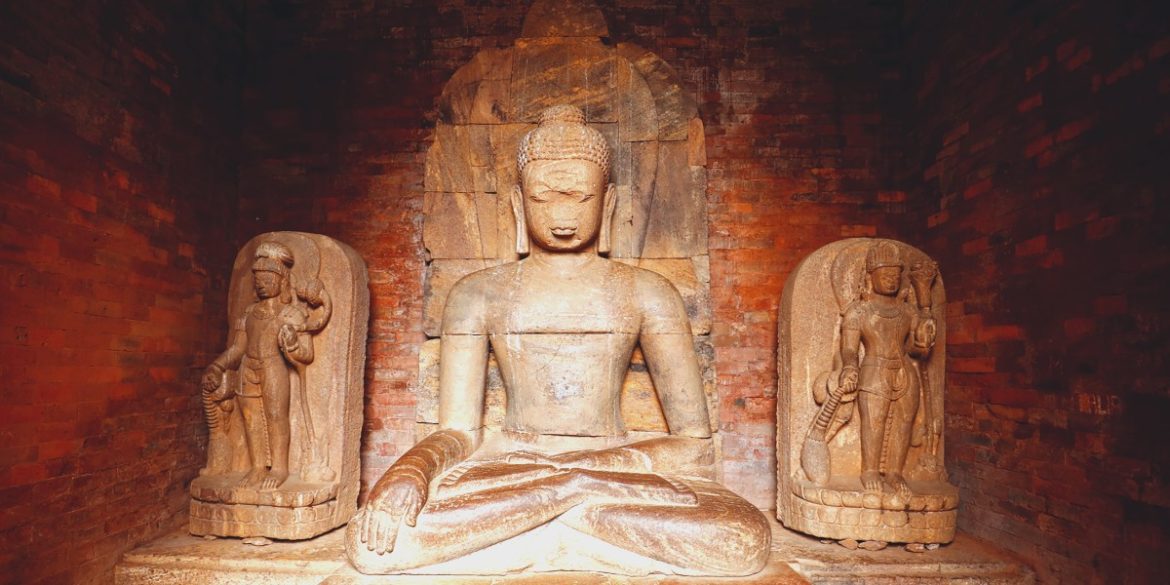 Buddhism is an integral part of Odisha. It’s believed to have existed in the state ever since its inception. It is believed that Lord Buddha’s KesaAsthi (hair relic) is in Odisha. Today, Odisha is not just known for its pristine blue beaches, ancient temples, delicious traditional food and abundant wildlife, it’s also known for housing numerous stupas and monasteries. The Buddhist Circuit in Odisha beckons Buddhist pilgrims from across India and the world. So, here’s how you can explore the hidden trail.

Diamond Triangle, Odisha’s most popular Buddhist Circuit is located 100km from Bhubaneswar. It comprises of Lalitagiri, Ratnagiri and Udayagiri. The oldest, Lalitagiri has ruins of a monastery constructed in the 1st century AD. Witness spell-binding stupas, prayer halls and a Mahastupa here. Perched close by is Udayagiri, it’s the largest and least explored site in the Diamond Triangle. Explore ruins of two monasteries while savouring panaromic views of the hills. The must-visit Ratnagiri was once home to one of the largest Buddhist monasteries in India dating back to the 6th and 7th centuries. The monastery at Ratnagiri is the only one in the country to have a Curvilinear roof. Don’t forget to visit the ASI museums at Ratnagiri and Udaygiri that traces Buddhist heritage in Odisha. 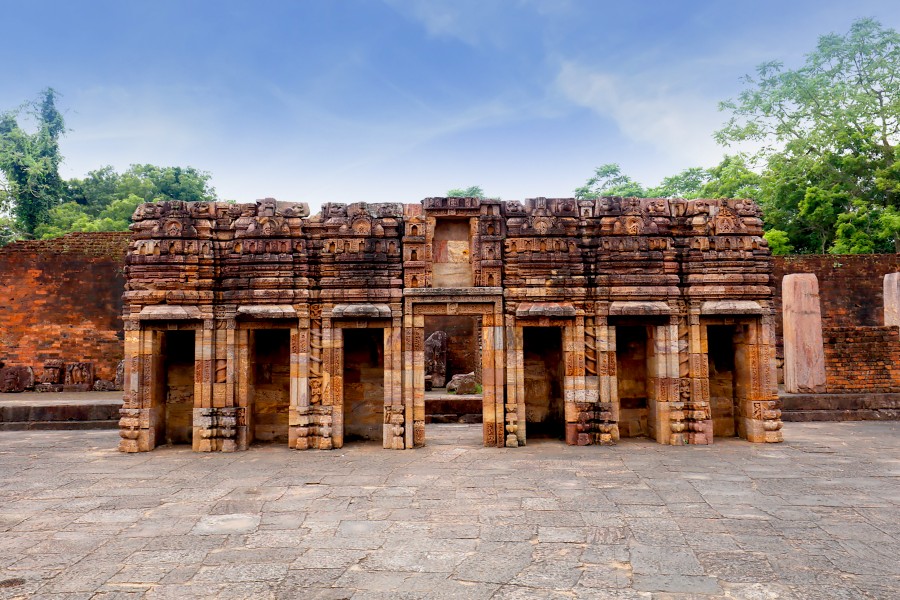 Dhauligiri Hills or Dhauli is situated on the banks of river Daya. It’s in close proximity to the capital, Bhubaneswar and on the way to the spiritual abode, Puri. This serene and rejuvenating environment is home to one of the 15 major rock edicts of emperor Ashoka. It’s believed that Ashoka adopted the path of dharma after the devastating Kalinga war at this very site. The rock edict at Dhauli is composed of Brahmi script. It is here the Kalinga Nippon Buddha Sangha in 1972 built the Dhauli Shanti Stupa on top of the hills to propagate the message of peace. Pilgrims visiting can even pay respects to Lord Shiva at the Dhabaleswar Temple located behind the Stupa on the hill. Apart from the exploration of a series of rock-cut monuments on the hill, pilgrims can also offer prayers at the prayer hall at the foothills of Dhauligiri built through the Indo-Japan collaboration. 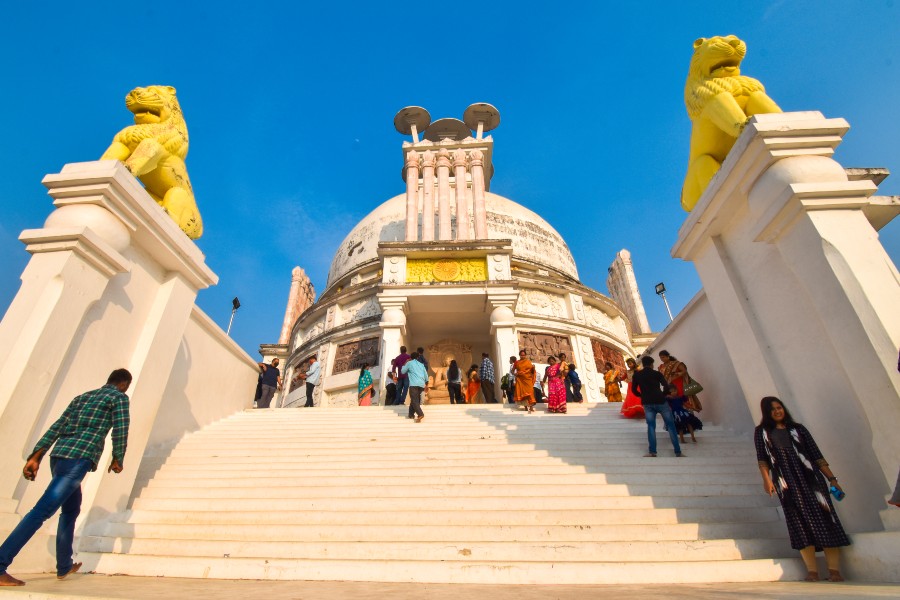 Popularly known as Odisha’s little Tibet, Jirang is home to a group of Tibetans who fled their homeland after the Chinese invasion. A renowned Buddhist Circuit in Odisha, Jirang Monastery is also known as Padma Sambhava Mahavihara. It’s located 260 km away from Bhubaneswar in Chandragiri, Gajapat district of the state. This is the largest Buddhist monastery in eastern India that was inaugurated by His Holiness the Dalai Lama in 2010. Unlike the Diamond Triangle, you won’t find ruins here. Instead, you’d witness a thriving Buddhist culture. 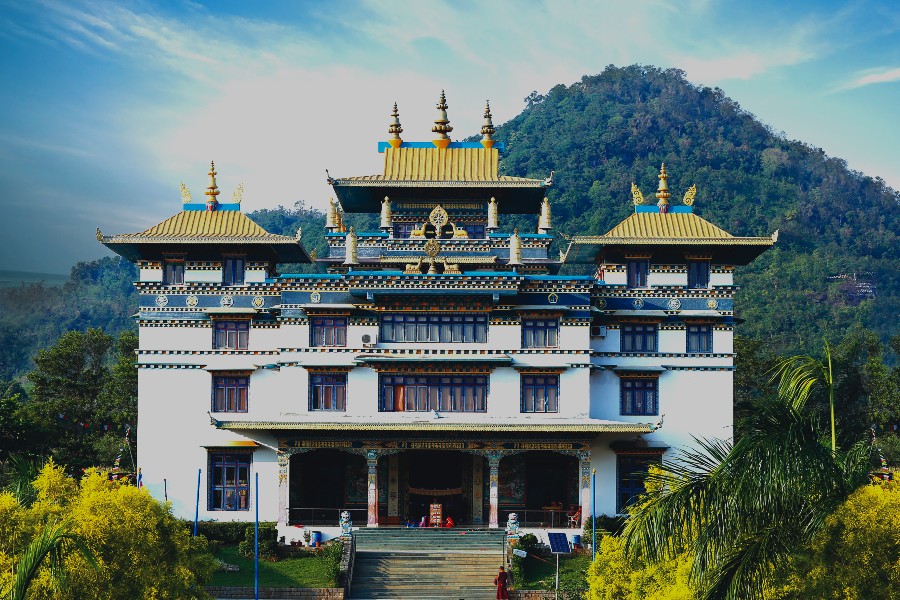 Maniabandha is a village in Odisha named after two words- Mani and Buddha. It was later combined to form Maniabandha. Home to five Buddhist temples that look like Hindu temples, in Maniabandha both Buddha and Hindu Gods are worshipped together. The temples house statues of Buddha and Hindu deities of Jagannath, Balabhadra and Subhadra, all worshipped side by side. With prayers, chanting and evening aarti offered together. You must visit Maniabandha to witness the grand procession of Lord Buddha and the pomp and glory of festivities here. Maniabandha is also known for the stunning IKAT handlooms. 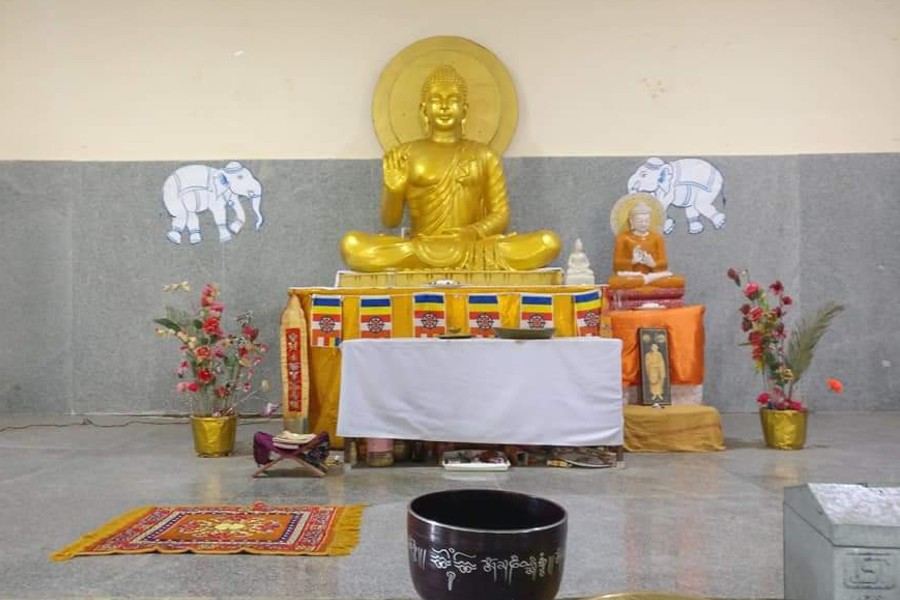 Odisha’s Buddhist Circuit is indeed significant travel for pilgrims. Nevertheless, it’s also important for everyone who seeks to be in touch with the divine and immerse themselves in the history and beauty of Odisha.