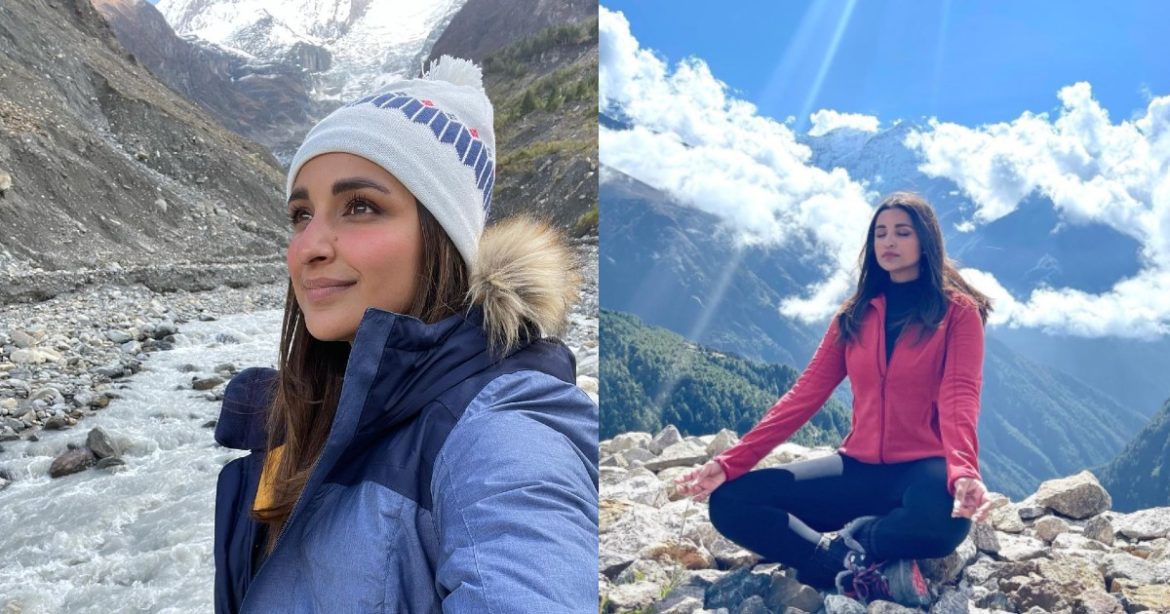 Time and again, Parineeti Chopra has brought her travel pictures to life with her heartwarming expressions. Recently, she had been enjoying the mountain breeze in Nepal and her pictures are giving us major FOMO, hands down. In a carousel post, Parineeti has shared her ‘snowburnt’ pictures taken at -4°C in Nepal. The actress has escaped to the picturesque Annapurna Circuit of Nepal which recently opened gates to vaccinated tourists. Donning a white winter cap and a blue windcheater, Parineeti is seen unwinding on the pebbled bank of a gushing stream.

Parineeti Chopra Meditates In The Mountains Of Nepal

In one of the posts from Nepal, we see Parineeti meditating on top of a mountain with the sky behind her draped in cottony clouds. A flare of the sun falls on her face. While meditating in the serenity of the mountains, Parineeti seems to take in all the positivity in the air around. In another post, we see the actress treating her eyes to the world’s highest peak, the Mount Everest. Captioning the post, she wrote, “Good morning, Mr. Everest. You taught me a lesson in humility today.”

Before Nepal, Parineeti Was In The Maldives

Parineeti is both a mountain buff and a beach baby. Before heading to Nepal, Parineeti was holidaying by the blue waters of the Maldives. She also went on a scuba diving experience under the sea. Sharing a picture of her scuba diving, Parineeti wrote, “The underwater world is silent, gorgeous and humbling. All of us have spent time diving, laughing, talking, and meditating. I thank the boat crew for keeping us safe. My heart is full, mind is calm and soul is fed.”

A few months back. Parineeti had been enjoying a desi meal with dal, roti and rice in London.