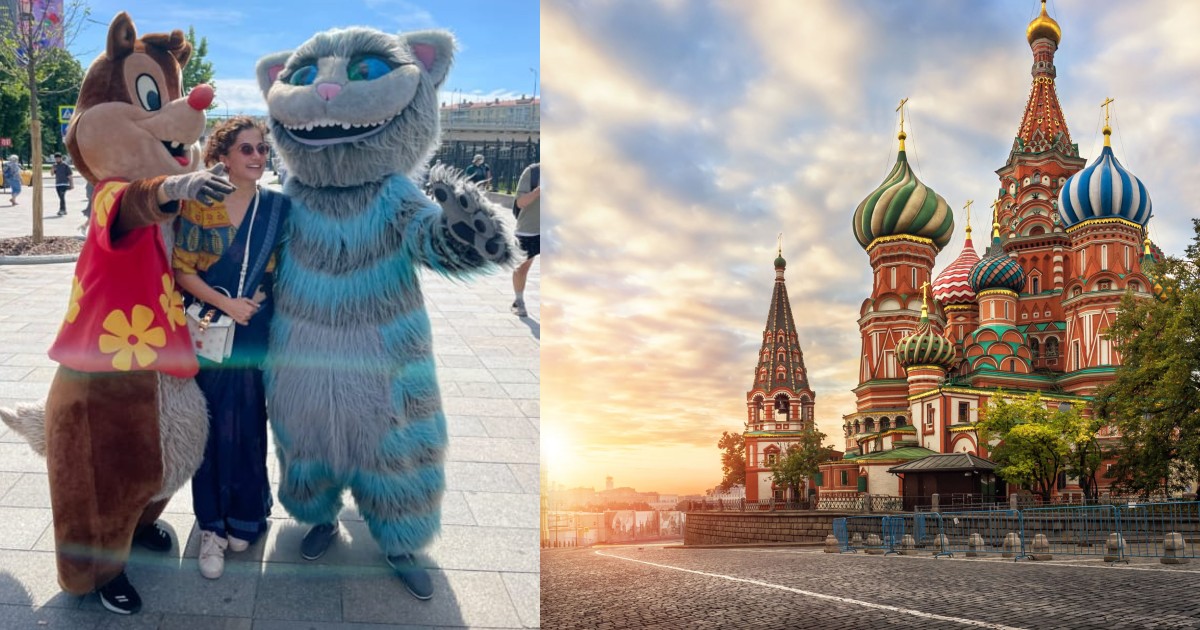 Missing travelling? Then Taapsee Pannu’s Instagram handle can give you major wanderlust goals now. Ahead of the release of her two films, the actress is holidaying in Russia with her sister Shagun. She has put up at a rustic Airbnb in Moscow. She has also ventured out to the Russian streets in an elegant blue traditional saree that is leaving fans wowed. We’re in all eyes on the mind-boggling pictures.

Also Read: Taapsee Pannu Does Pushups In The Middle Of Rann Of Kutch & Shares Touristy Video

From riding in a hot air balloon, pedalling through the Russian streets and relishing gourmet food to visiting grandiose architectures and witnessing ballet performances, Taapsee is enjoying full throttle in Russia with her sister. 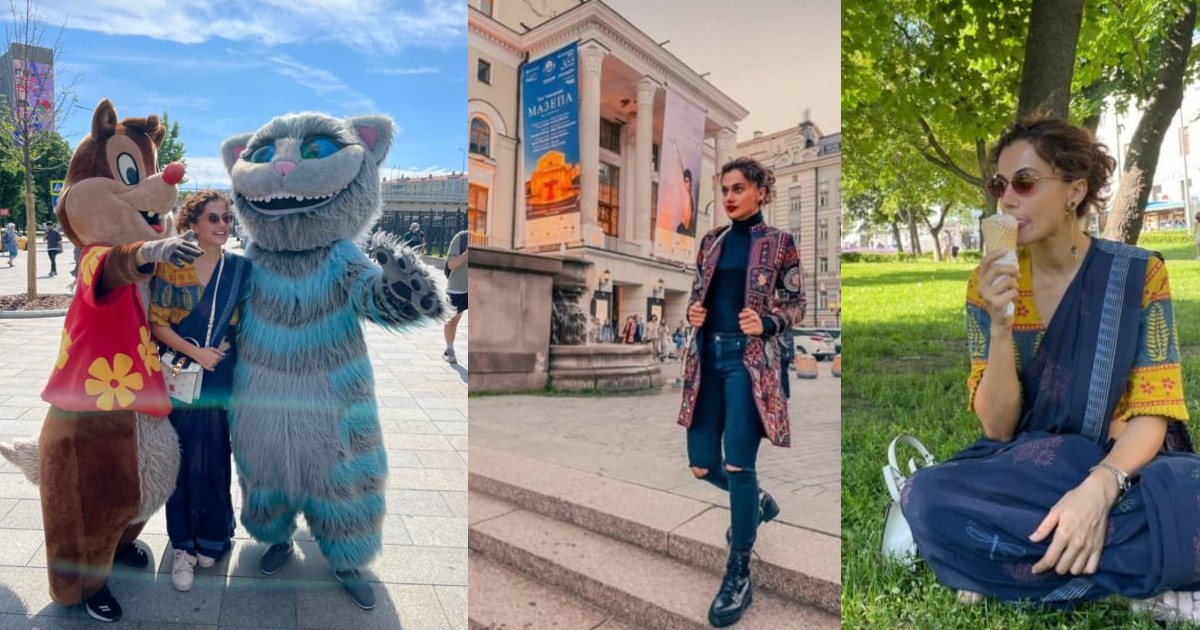 She has shared posts from several places in the world’s largest country like Dimitrovgrad, Central VDNKh Pavilion and Bolshoi Theatre. Shagun, who is a wedding styler by profession, has also flooded her Instagram handle with pictures from the trip. Earlier, Taapsee’s pictures from the Maldives had made us crave a holiday.

The Actress Speaks About Feeling Close To Normal Again

In the caption of one of the pictures from Russia, Taapsee wrote about feeling close to ‘normal again. She wrote, “Time to surround myself with colours, sit on street side, looking at the sky, take a deep breath and say “all is well” ! Also…….. helloooooo Moscow! Let’s feel close to ‘Normal’ again!”

Her vacay pictures have grabbed loads of heart, love and fire reactions from her fans. Commenting on her saree look, one of her fans wrote, “So lovely to see you in saree. gorgeous.” The actress will be seen in the upcoming Netflix movie Haseen Dillruba, releasing on July 2.