Planning A Trip To Nithyananda’s…
India, UAE, Oman Have Been…
South Africa Has New Covid-19…
Lara Dutta: Mahesh Bhupati Is…

India is battling a deadly second wave of the coronavirus. Most states have imposed strict lockdown-like curbs to battle the virus that is hammering India. And while Prime Minister Narendra Modi now appealed the Kumbh Mela to be symbolic, the festival had already turned out to be a super-spreader of COVID-19. To control the damage, the Uttarakhand government has restricted gatherings at pilgrim places. Most pilgrim spots are now shut due to the pandemic and now self-styled Godman Swami Nithyananda has banned devotees from India to enter his Island ‘Kailasaa’, a Hindu sovereign nation amid COVID-surge. 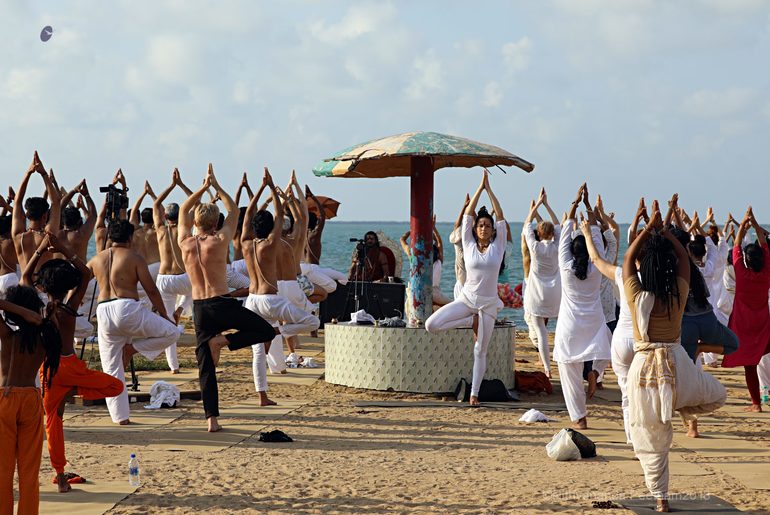 If you have never heard of Kailasaa before or wondering what is Kailasaa, here’s what you need to know.  It is a nation without borders created by dispossessed Hindus from around the world who lost the right to practice Hinduism in their own countries authentically. In a video that went viral last year, Swami Nithyananda is heard saying that he has begun operating charter flight services called ‘Garuda’ from Australia to his island nation.

Kailasaa Is Sealed For Indians & Devotees From Many Other Countries

He released an order from Kailasaa and the same has been doing rounds on social media. The order says, “Due to the second and third wave of coronavirus all the embassies of KAILASA in countries from Brazil, European Union, Malaysia and India are sealed and no public will be allowed to enter Kailasa until further notice.”

The order from Kailasaa has evoked hilarious responses and jokes on social. But whatever way one may look at it, banning travel is the right thing to do right now.