Queen Elizabeth 2, A Famous Ship Of Britain Is Now A Floating Hotel In Dubai 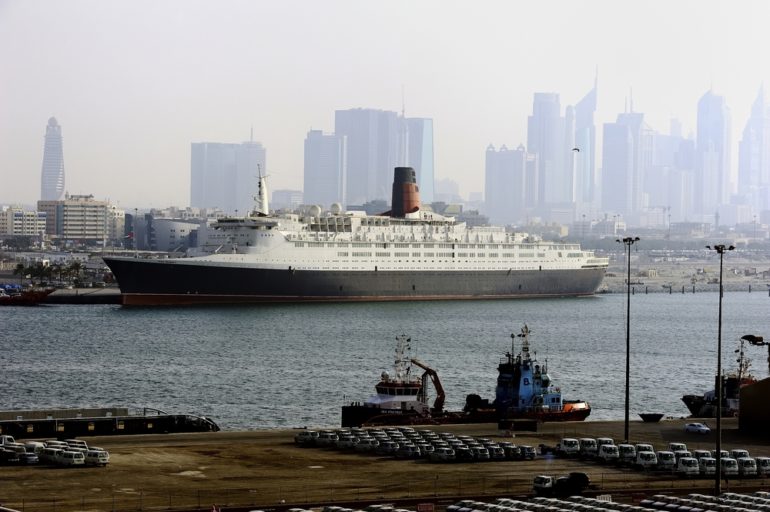 Britain’s Queen Elizabeth 2 had been taken down nearly a decade ago, but has now risen as a luxury hotel in Dubai.

It’s been nearly 20 years since Britain’s famous ship Queen Elizabeth 2 made her last voyage. But now the Gulf emirate has reincarnated the legendary ship into a luxury hotel that costed over $100 million. It has been docked at Port Rashid for a long time, and will finally set sail. Although, the port officials haven’t confirmed anything as of now, but the progress is happening. This luxury hotel promises the guests a totally royal experience. The major attraction of the royal ship is the museum that’s being built inside it. It isn’t for public view as of now, but the authorities have confirmed it will happen in the near future. Most of the construction is done and they are looking to hire staff that will be working inside the ship. It was initially going to be part of a development on the Palm Jumeirah, but now this hotel at Port Rashid will give guests a chance to explore Old Dubai in a new light.