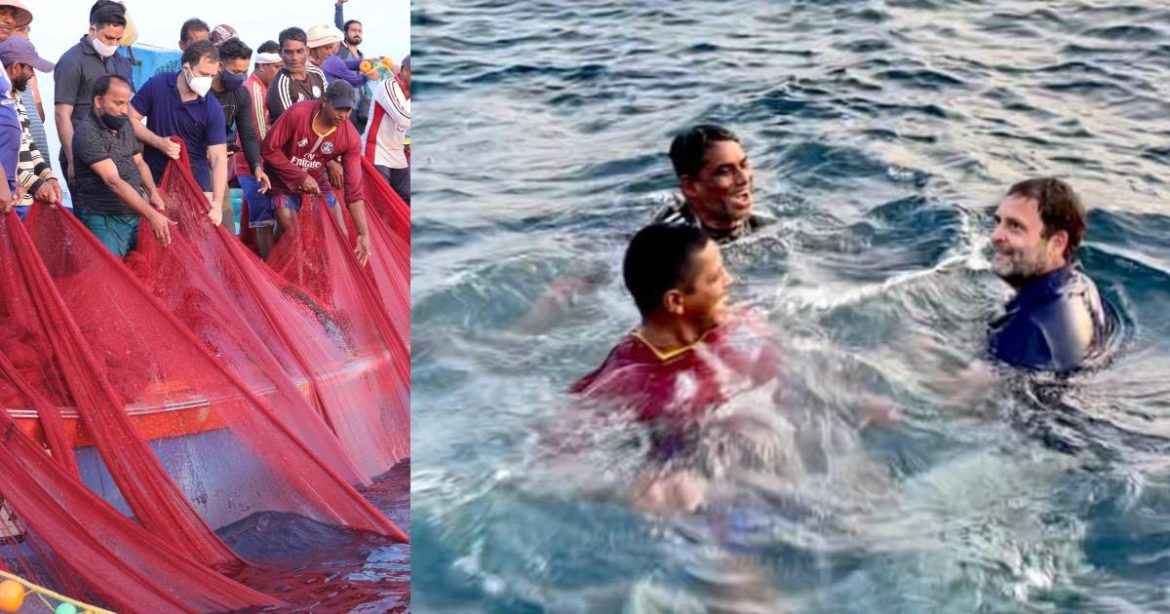 Congress leader Rahul Gandhi now making headlines by showcasing his adventurous side. According to reports, Rahul Gandhi took part in a fishing exercise in poll-bound Kerala’s Kollam district. During the activity, he jumped into the sea with other fishermen as they cast their nets. He also spent ten minutes swimming in the sea with the fishermen.

The Congress leader was accompanied by a security personal officer during the exercise. According to reports, Rahul took no time to jump from his boat when he saw the other fishermen jumping into the sea after casting their net to catch fish. He jumped into the sea as soon as he learned that the fishermen were adjusting the net underwater.

Shri @RahulGandhi joined the fishermen of Kollam as they toiled for the morning catch on the high-sea.#KeralaWithRahulGandhi pic.twitter.com/etXe1v3Nhu

Rahul Rounded Up His Fishing Exercise With Seafood

After the thrilling escapade in the sea, Rahul rounded up this fishing exercise with bread and fresh fish curry. It is needless to mention that the seafood was prepared on the boat by the fishermen. With the elections due in a few months, Rahul is reaching out to the fishermen during his visit to Kollam.

#WATCH| Kerala: Congress leader Rahul Gandhi took a dip in the sea with fishermen in Kollam (24.02.2021)

Also read: This Kerala Temple Is Dedicated To Mahabharata&#8217;s Most Hated Character Duryodhana

Well, we wish him all the luck in his endeavors.