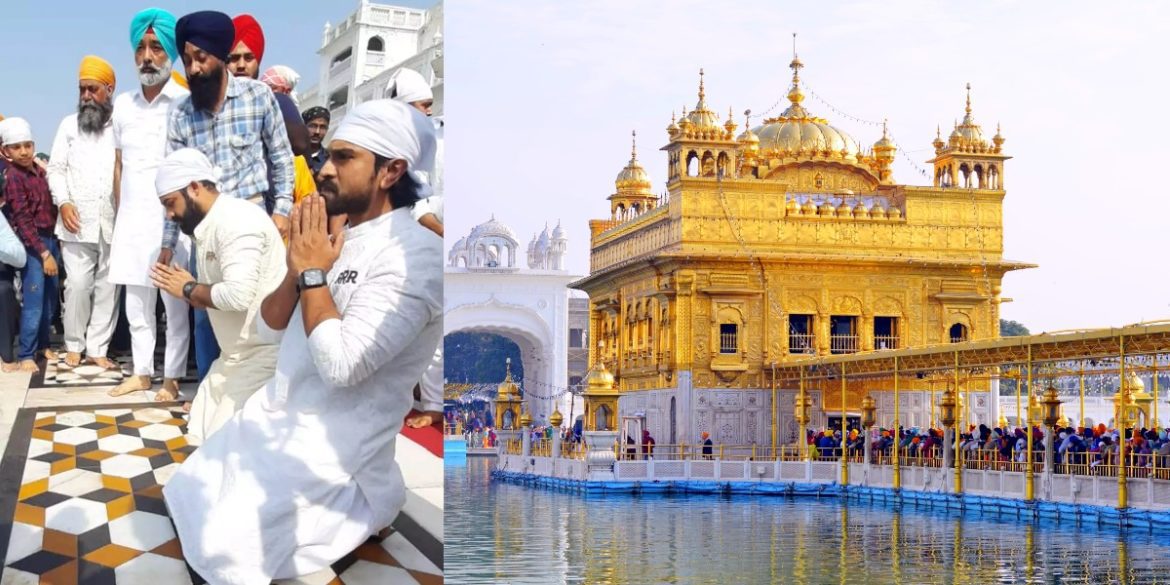 Actor Ram Charan took India by storm with his thunderous performance in S. S. Rajamouli’s directorial RRR. Celebrating the massive success of the Pan India film, Ram Charan and his wife, Upasana organised a langar seva at the Golden Temple in Amritsar. Fans were blown away by his humility and appreciated him for his selfless gesture. Read on to know more.

Ram Charan Hosted Langar At The Golden Temple In Amritsar

On April 19, actor Ram Charan’s wife, Upasana Kamineni Konidela shared a video of herself visiting the Golden Temple of Amritsar. Ram Charan hosted a langar seva at the spiritual abode to pay respects to the divine after the pathbreaking success of RRR, also starring Jr NTR, Alia Bhatt and Ajay Devgn. As Ram Charan was busy shooting his next movie, RC15, Upasana represented him by participating in the langar seva.

Also Read: Eat The Most Auspicious & Loved Meal At This Langar In Gurudwara Bangla Sahib Of Delhi

In her Instagram video, with caption, Upasana stated that she had the privilege and opportunity to represent her husband, Ram Charan who hosted the langar. She further revealed that visiting the Golden Temple truly fed her soul. And she felt blessed with all the love and humility from Ram Charan. The actor’s fans lauded the kind gesture and commented that the actor truly inspired them.