Himalayas’ Gangotri Range Now Visible…
Everything You Need To Know…
Mahabaleshwar Gets A Lush New…
Th8 Palm: Get Miami Vibes…

After the dip in the air pollution levels across cities by about 40-50 percent, mountain buffs are having a literal treat. A few days before, people of Jalandhar, Punjab could see the mesmerizing Dhauladhar range from their rooftops. Soon after, residents of Srinagar were taken aback by the sight of the Pir Panjal range. And now, people living in Saharanpur, Uttar Pradesh are feasting their eyes on the majestic Gangotri range, located more than 150 km away, in Uttarakhand.

The Air Quality Index is Saharanpur has come down to about 40 now. Thus, people residing in the area are now able to witness the rare sight of the snow-capped Gangotri range blending with the beautiful blue sky in the far-off horizon. Many Saharanpur peeps have grown up listening to stories from the elders about the Himalayas being visible from the town in the older times. Now the stories have finally come true all over again. The mountains are visible from the place after about 30 years. The improvement in the air conditions in the region has been due to the joint impact of lockdown and intermittent rains, as per Ramesh Pandey IFS, who also shared the pictures of the range on his Twitter account.

Snow capped peaks of Himalaya are now visible from Saharnpur !
Lockdown and intermittent rains have significantly improved the AQI. These pictures were taken by Dushyant, an Income Tax inspector, from his house at Vasant Vihar colony on Monday evening. #lockdowneffect #nature pic.twitter.com/1vFfJqr05J

How Did It Happen?

As per NASA, the air pollution level in North India has gone back by about 20 years. The roads are now empty of numerous vehicles that spewed dust. The industrial emissions, too, have taken a long halt. The hustle and bustle of the cities are now being replaced by a deserted avatar. So, mother nature has finally got the opportunity to renew by herself. Pollution levels have plunged, giving way to better visibility of objects and landscapes from distances. 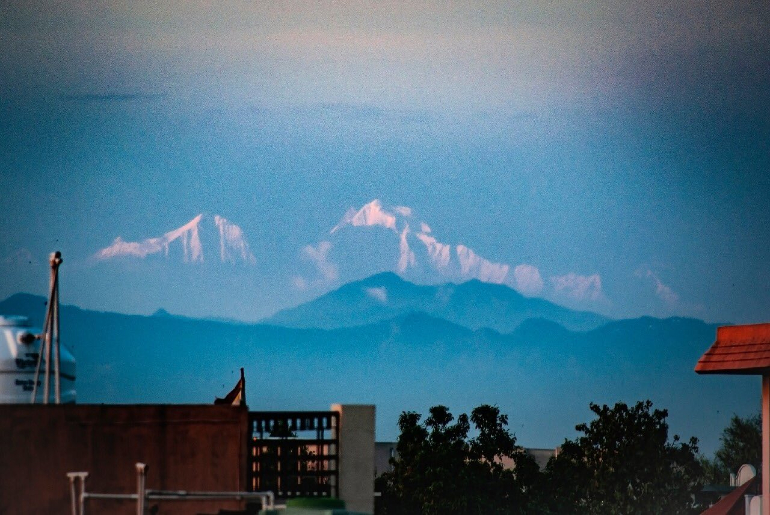 Also Read: The Pir Panjal Range Is Now Clearly Visible From Srinagar, All Thanks To Drop In Pollution Levels

Are you too now fantasising about rising up to a sight alike? If the pollution levels keep reducing, your wishes might turn into reality very soon.