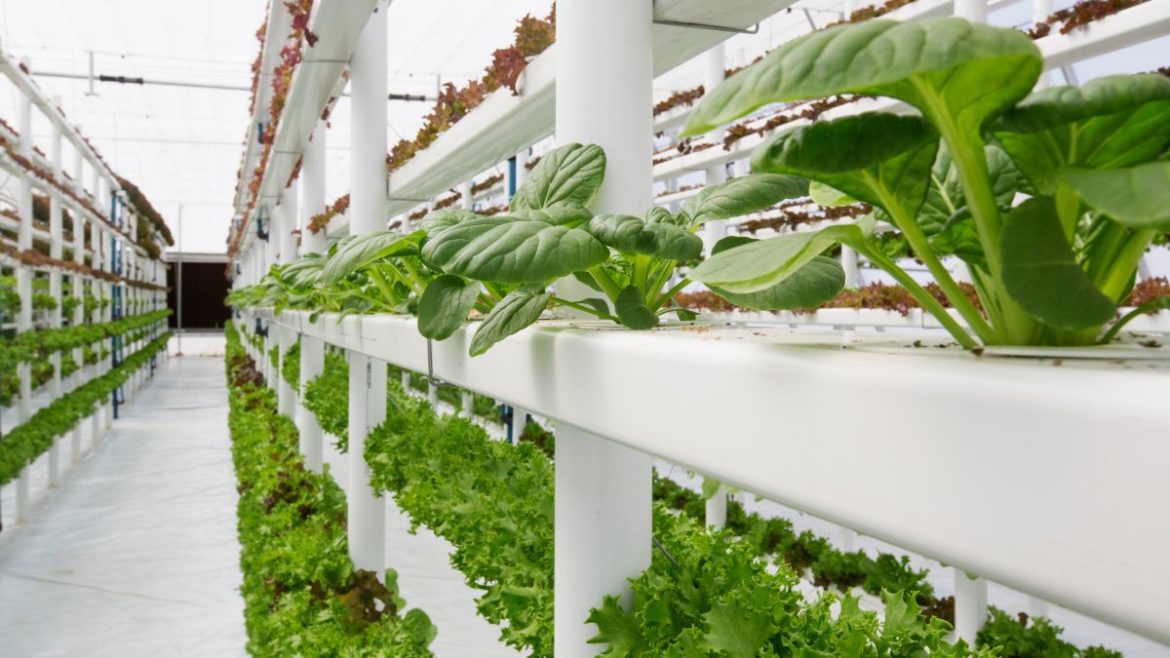 The Bustanica farm, backed by a $40 million investment, becomes Emirates Crop One’s first ever lateral farm. Emirates Flight Catering and Crop One, a leader in cutting-edge indoor contemporary agriculture, have partnered on this project. In the middle of the Dubai desert, Sheikh Hamdan bin Mohammed visited an advanced vertical farm that can produce more than a thousand tonnes of lush greens annually.

According to the Crown Prince of Dubai, the three-hectare farm, run by Emirates Flight Catering, showcases the emirate’s goal to use innovative technology to improve food security.

The Arabic word for your garden or orchard, Bustanica, takes up three levels on a property close to Al Maktoum International Airport. It cultivates four different kinds of lettuce, kale, and spinach. They created a closed-loop system in the field to move water through the crops as effectively as possible. Water is gathered and recycled back into the system once it evaporates. It utilises 250 million fewer litres of water yearly to generate the equivalent quantity of food that traditional outdoor agriculture would.

The crops are raised using hydroponic techniques, which don’t utilise soil and consume between 70% and 90% less water than traditional agricultural methods. Around 1 million kg of premium leafy greens will be produced annually at the 330,000 square-foot facilities. In addition, it uses 95% less water than conventional agriculture does. The hydroponic farm’s infrastructure can cultivate more than a million varieties (plants). This will produce about 3,000 kilogrammes per day on average.

The method of layering crops on top of one another to maximise the use of the open spaces is known as vertical farming.

The technique is viewed by many as a solution to the age-old issue of finding farming space in growing metropolitan areas and offering farming amenities in conditions where it wouldn’t have previously been conceivable.