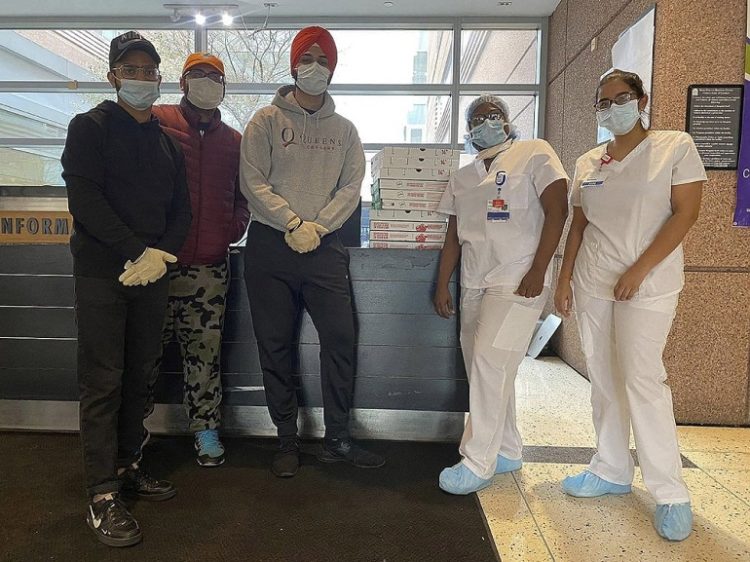 The Sikh Community is well-known for going out-of-the-way to help people during any sort of crisis, examples of which are way too many. But another shining example has emerged from the epicentre of the coronavirus pandemic.

In New York City and Detroit, a few members of the Sikh community are delivering pizza to all the COVID heroes on the frontlines of this pandemic, including doctors, firefighters and policemen.

According to an Indian Express report, Shalinder Singh and his family have paid for and delivered hundreds of pizzas to hospitals, police stations and fire departments in Detroit.

Owner of a pet products company, the idea of taking care of the heroes in the frontline just popped into his mind. The 40-year-old then spoke to a couple of doctors who told him that pizza is the best option for them as they’re on their feet for 12-16 hours a day and don’t have time to sit and eat. 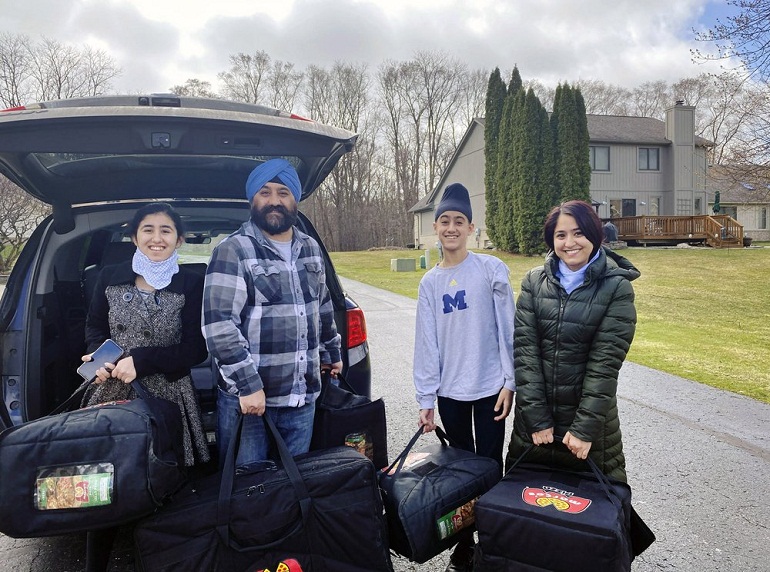 So the Singhs, along with their children, have delivered more than 1,000 pizzas since early April and they have no plans of stopping.

READ: Two #seva initiatives are featured in the @AP series, One Good Thing. The Sikh Coalition is honored to work with community members across the country to highlight their seva in the media. https://t.co/4vr4LXMWc6 via @litalie

In New York, a fellow Sikh, also thought of delivering pizza to those working in the overwhelmed COVID-19 hospitals and other minimum wage employees in the city.

After the virus caused his work to shut down, 25-year-old Japneet Singh took it upon himself to deliver pizza to those in the frontlines. He began delivering in late March and has distributed 1,000 pizzas till date. He makes 2-3 runs a week to hospitals in his city, and also delivers his ‘pizza love’ to police precincts, FDNY stations and even the homeless. While he’s paid for pizzas out of his own pocket, he has also received donations from others through the help of social media.

These are just few of the many things that the Sikh Community Has Been Doing Globally Amid The Pandemic. And we can’t be thankful enough for their unparalleled services and love!