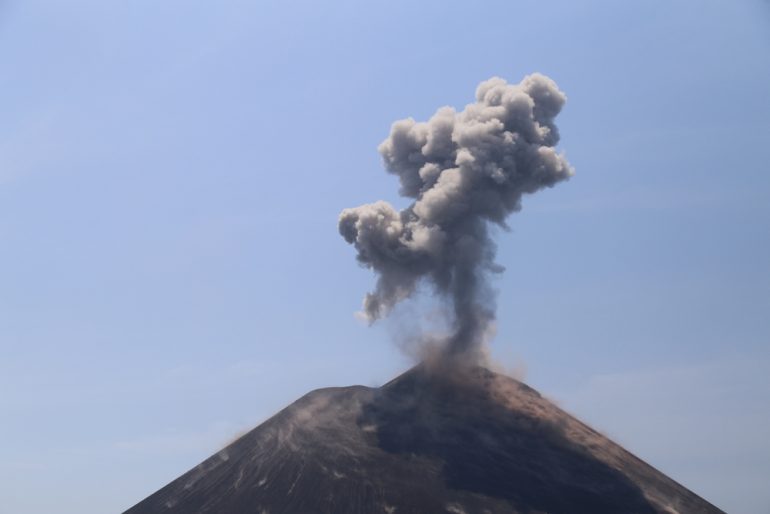 South Asia’s only active volcano is on Indian soil! It is called Barren Volcano and is located 135 kms from Port Blair.

There are more than 1500 active volcanoes in the world out of which only one is in South Asia. And this only South Asian volcano is in India! Barren Volcano was inactive for 177 years until 1995. Now what’s exciting is that you can check out this spectacular sight by having access through air and water. Apparently it is known that Barren Island in Andaman has again started erupting in 2018, and many people across the globe are coming to the islands just to experience this spectacle. Though setting foot onshore is not allowed but this is how you can get there. What Is In It

With the permission of the Forest Department, boats can be chartered to visit Barren island. The sea surrounding the island is considered to be one of the best places in the world to spot Manta Rays. Sea Planes can also be chartered from Port-Blair and Havelock Island for an aerial tour of Barren Island. The cost of this tour from Port Blair is Rs. 7499, and from Havelock is Rs. 4999. You will be escorted by guides on this exploration, hence all in all the monetary exchange for this surreal experience is totally worth it.

Barren Island comes under the restricted zone but with special permits you can visit Barren Island. Staying for the night is not allowed but you can plan an early morning trip to the island and probably start at 3 or 4 a.m and you will get to the island within 4-5 hours. Most tourists travel through ships but without getting down on the island you can still enjoy the spectacle that Barren Island is and get back with no complaints!