A simple message from your school friend can just widen your smile and take you back to those glorious care-free school days. A reunion with your childhood friends can just unleash your inner child, where you spend your time laughing about your former classmates, the pranks you played at your school and fondly remember your teachers and their valuable learnings embedded in you. It just feels blissful laughing so hard till your stomach hurts and walking down memory lane with your friends. And now studies say that maintaining childhood friendships is actually good for your health. According to findings published in the Psychological Science, a journal of the Association for Psychological Science, boys who spent more time with their buddies as kids tend to have lower blood pressure and lower BMI as men in their early 30s. So the time spent with friends during childhood is associated with one’s physical health in adulthood. Jenny Cundiff, a psychological scientist at Texas Tech University states that the findings of Psychological Science suggest that people’s early social lives may have a small protective influence on their physical health. And it’s not about their caregivers or financial circumstances but also their friends who may be health-protective. Cundiff has confidence over her results as the association was evident in the 16-year span and was not explained by several other potential factors.

She further explains that it wasn’t an experiment and it rather was a well-controlled longitudinal study in a racially diverse sample. It provides a strong clue that being socially integrated during childhood is good for one’s health, independent of a number of other factors like personality, childhood weight and the social status of the family. Previous studies revealed an association between an adult’s social well being including their close relationships, sources of social support and health-related outcomes including cardiovascular risk factors. So researchers conducted a study to find out if this association was evident much earlier in life in childhood and adolescence

What’s The Study About?

For this study, data from 267 participants were examined. The parents of these participants recorded the amount of time their kids spent playing with their friends during an average week. it started from when the boys were around 6 years old and went all the way to when they were 16 years of age. Data on various individual characteristics like extraversion, hostility and physical health during childhood was recorded. Family and environmental factors like socioeconomic status in childhood and social integration in adulthood were also included. When it comes to friends and family did you know Studies Say People Tend To Eat More When They Dine With Friends & Family? 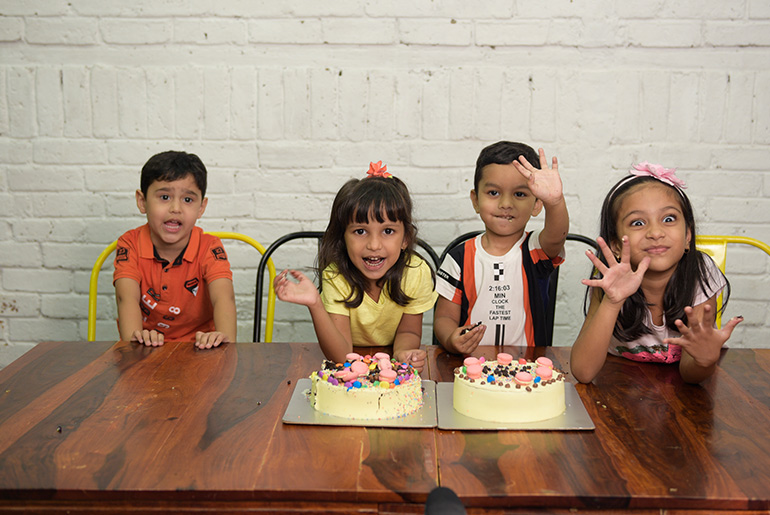 Well, when it came to analysis, the findings revealed that boys who spent more time with their friends in childhood and adolescence had healthier body mass index and blood pressure at the age of 32. This association stood its ground even after researchers accounted for other potential influences like social integration in adulthood and physical health in childhood. So people, moral of this study is, spending time with your childhood friends is great. It’s amazing during childhood and healthier during adulthood. So maybe its time to ping your buddies already! And here are 10 New Restaurants In Bangalore To Check Out With Your Friends And Family