It’s Sunny (Leone) In The Snow 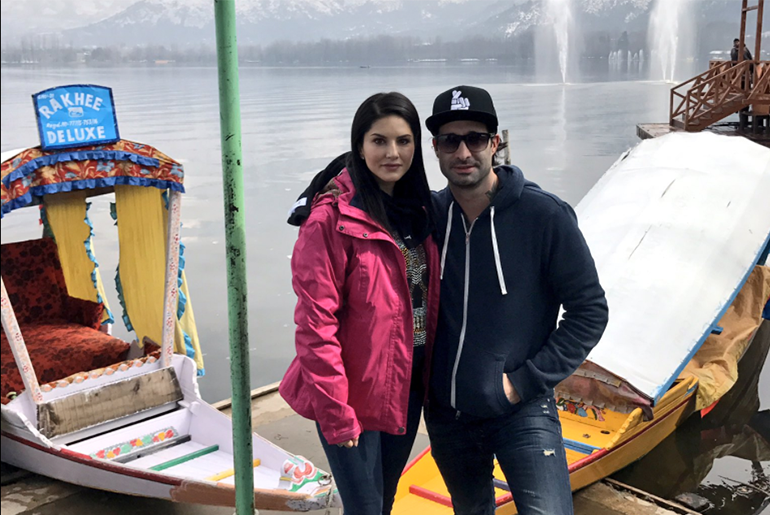 Baby Doll, Sunny Leone is having a ball in Kashmir as she visits the valley for an advertisement shoot. Given that this is her first visit to Gulmarg, Sunny says it’s also a holiday for her.

Posing with hubby Daniel and other friends, she is slaying it in the snow.

Sunny was staying at the beautiful boutique hotel, Khyber in Gulmarg. It is one of our favourites. So next time when you are in Kashmir, stay at Khyber and share your pictures with us.

Doughnut tubing with @DanielWeber99 so much fun! We flipped over and crashed into powder snow! Haha so much fun! pic.twitter.com/iEtLLanBVC

It was snowing so much the first night!! @dirrty99 @yusuf_911 @sunnyrajani

Such a great trip to Kashmir! One of my favourites so far. Wish we could have stayed longer! @DanielWeber99 pic.twitter.com/Yj267cy5NN

We love her for being so adventurous… Watch her video as Sunny runs in the snow or tries doughnut tubing not once but twice. She fell several times AND pull it off with oomph and grace.

Seeing her work life filled with fun and experience, makes us wish we could also work not from home but from Kashmir. 😉

Such a beautiful place! Feel so lucky to have come here! @tomasmoucka @dirrty99 @yusuf_911 @sunnyleone

I was in Kashmir 4a shoot.I try&make sure I have lots of fun wherever I go.That's why it looks like a holiday but its not.Wish it was a vaca pic.twitter.com/3FKCcnWq3Q

Did her pictures compel you to book your tickets to Kashmir? Let us know in the comments below.

Top 12 Adventure Destinations In India For Those...