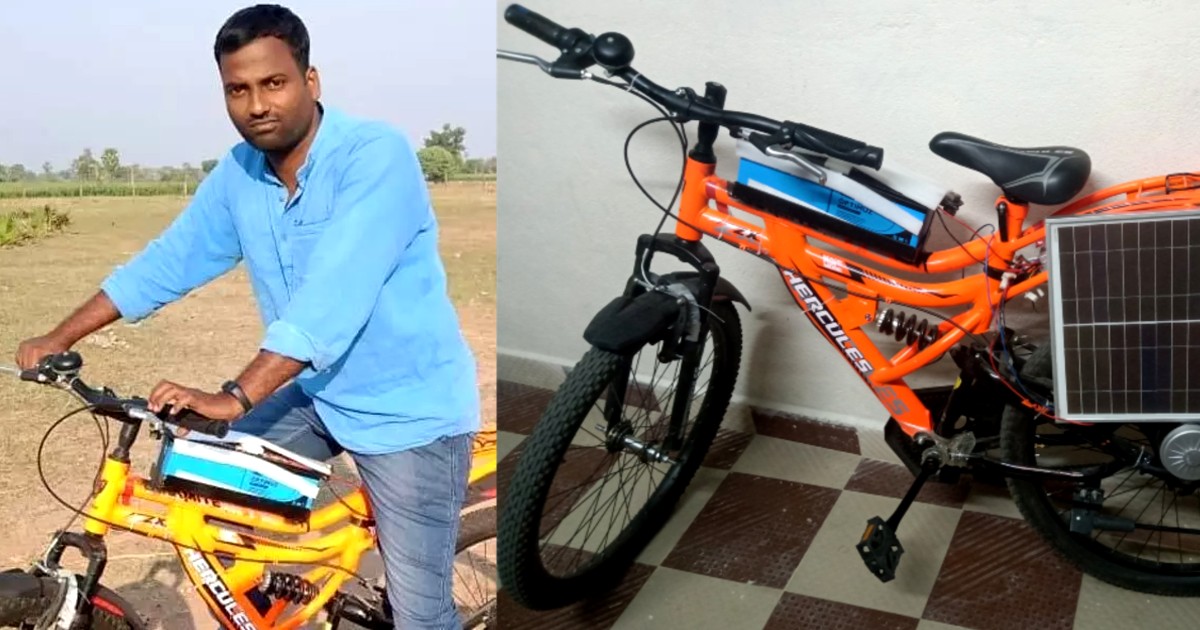 Mupparapu Raju from Telangana always dreamt of purchasing a bicycle that could run on battery power. But aeons ago, when he was in class 10th, he neither had the money nor the knowledge to make his dream, a reality. Fast forward to today, the 30-year-old man transformed an ordinary bicycle into a solar-powered two-wheeler within 10 days. Spending less than ₹20,000 to build this invention, Mupparapu Raju now saves ₹5000 per month daily for his work commute. With fuel prices skyrocketing and pollution on the rise, his simple invention has paved the way for daily commute. Here’s his inspiring story, that will encourage you to wear your thinking hats.

Nestled in Gopalapuram village in the Warangal Rural district, Mupparapu Raju runs a tiny tool workshop. Every day, he travels 20 km on a two-wheeler to reach his place of work. The B.Sc graduate found it difficult to pay for fuel every day. His monthly expenditure for work commute amounted to ₹5000. So, he decided to hunt for a creative solution to his everyday problem. To make his commute cost-effective, Raju planned to build a chargeable solar and battery-powered cycle. Basing his invention on a regular cycle, Raju sketched out the components. 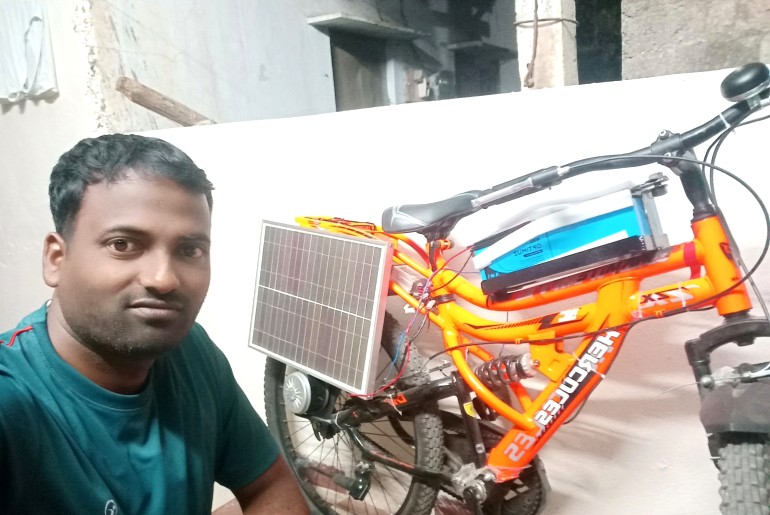 Also Read: This Old Bengaluru Bus Is Now Converted Into A Solar Powered Toilet For Women

He then started working on a plan to run the cycle on batteries. Borrowing some money from his father and friends, Raju first bought a bicycle for ₹8000 in February 2021. He then spent another ₹10,000 to purchase a 40-watt solar panel, controller, two batteries of 12 volts each and a 24-volt freewheel motor. This motor assist in driving the bicycle wheel. Raju then single-handedly built the solar-powered bicycle in less than 10 days. He didn’t take help from anyone. His father, an electrician encouraged him in his endeavours. 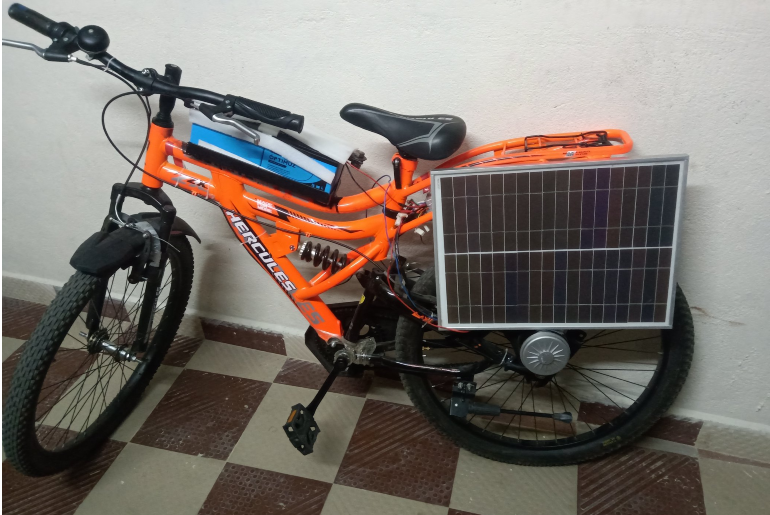 According to The New Indian Express, Raju attached the batteries on the rod of the cycle, between the handle and seat. The rear wheel of the bicycle was attached with the free-wheel motor. He then connected the battery to the motor. The solar panel installed on the right side were exposed to the sun and helped charge the batteries. In case the batteries run out of charge, he can easily pedal and reach the destination. The bicycle also accommodates a double seat.

His Solar-Powered Bicycle Is Cost-Effective & Fuel-Free

Mupparapu Raju’s first ride on his newly invented bike was smooth, with no complaints, as stated to The Better India. He could easily ride to work and even save a whopping ₹5000 per month on commute. Moreover, his vehicle caused no harm to the environment while he rode at a speed of 25 km an hour. Over time, Raju’s bike got tremendously popular among farmers and youngsters from his village. Many villagers approached him to install solar and battery components to their old cycles as well. Raju charges ₹10,000 for each cycle and earns a profit of ₹1000 per cycle. His elegant yet creative invention has not only changed the way to daily work commute but has also helped tackle pollution.