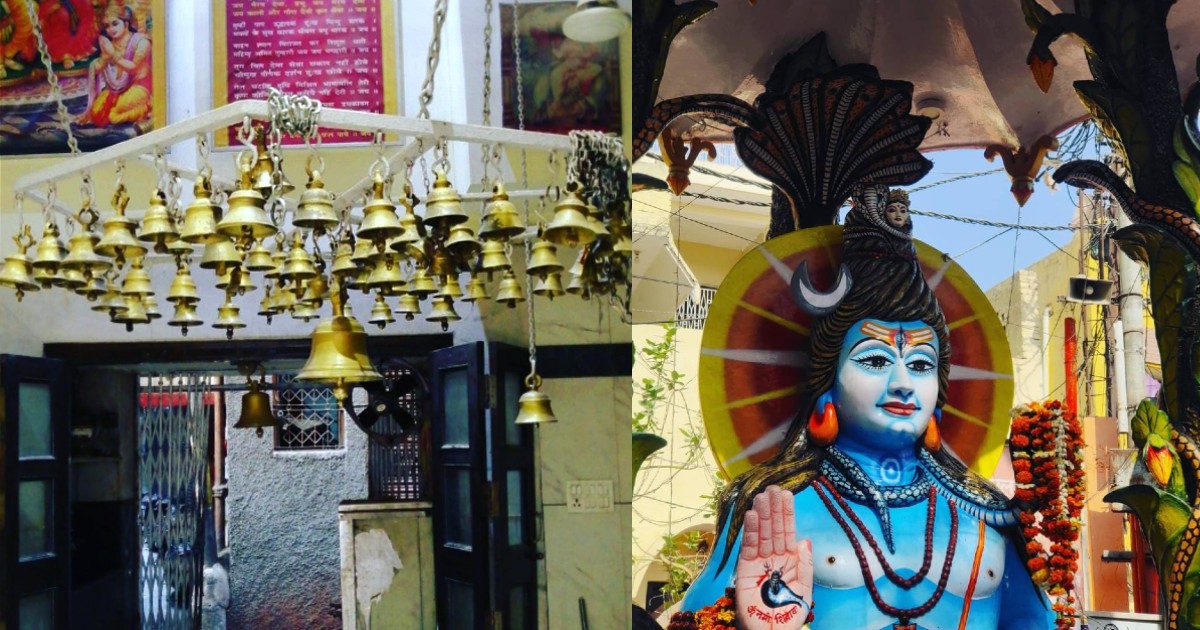 The bustling lanes of Chandni Chowk along with their old charm are entwined in the emotion of every true Delhiite. From walking past old buildings, binging on a ravishing variety of desi food, visiting Asia’s largest spice market to shopping at dirt cheap prices, there is so much to do at Chandni Chowk. But did you know that amid all the chaos and the crowd, lies a stunning piece of history, the Chaurasi Ghanta Mandir? Nestled in Chandni Chowk’s Sitaram Bazaar, the shrine is over 200 years old and has a total of 84 bells. Also, there is an intriguing story spanning around these bells. Read on to know more.

All The 84 Bells Ring Together At The Temple

Interesting History Behind The Temple’s Origin

The temple walls have religious scriptures and paintings. Inside the shrine, there are idols of Lord Hanuman, Lord Ganesha, Lord Shiva and also Sai Baba. While there are many stories around the origin of the temple, some locals believe that the site was once a graveyard. The Shiva Linga appeared there on its own and therefore, the temple was constructed around it. Some also believe that the idol of Hanuman too appeared on its own at the site. It is believed that any wish made at this temple gets fulfilled. And when the wish comes true, the one who asks for it must go back to the temple and ring the bells as a thankful gesture to the Gods.  5 Of Delhi’s Hidden Gems Every Traveller Must Visit

Also Read: Mukteshwar Is A Hidden Paradise For A Weekend Getaway From Delhi

So, the next time you visit Chandni Chowk, definitely pay a visit to this hidden gem to pray to the Gods and hear the 84 bells chiming together.