The World’s Costliest Dessert Worth ₹78,000 Is Made Of Gold Leaves & Caviar 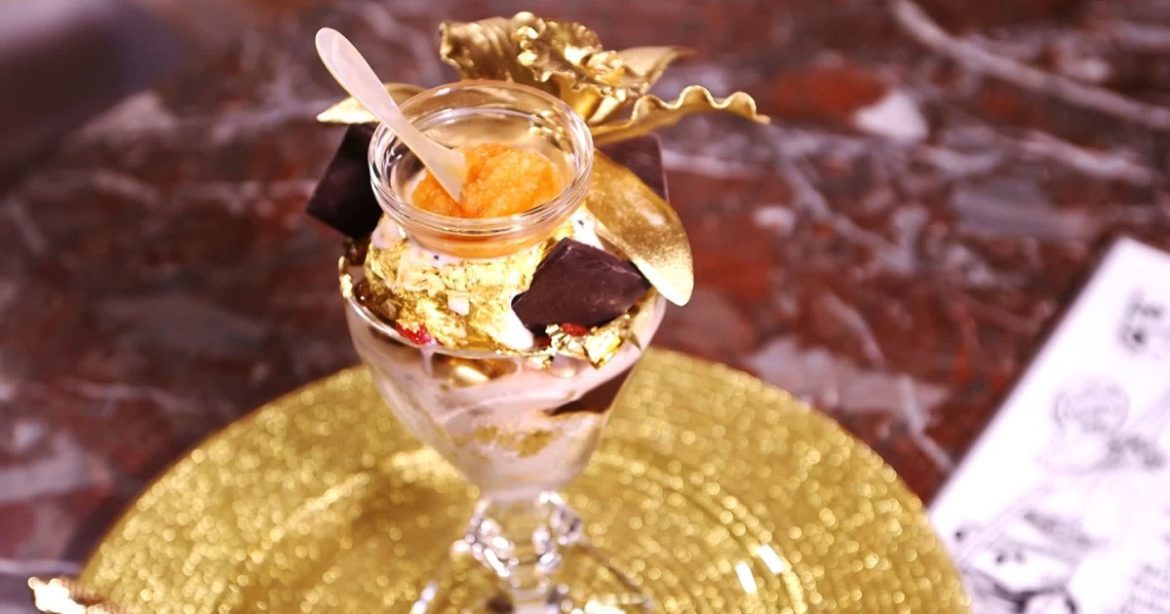 Guinness World Records has named The Golden Opulence Sundae the most expensive dessert in the world. Served in a  ‘Serendipity 3’, a restaurant in New York City, it truly has the Midas touch. In a video posted by Guinness World Records on its Instagram page, a chef is seen assembling the regal dessert. First, he uses 23-karat gold leaves to line a crystal goblet. Next, he adds Tahitian vanilla ice cream and Madagascar Vanilla, made with the world’s most expensive vanilla.

Netizens Are Sceptical About Its Taste

Then, he tops the beautiful dessert with costly Italian dark chocolate, candied fruit from Paris and truffles. The golden dessert is finished with passion-fruit flavoured caviar and a stunning gold-coated sugar flower. It’s so beautiful that you may not even have the heart to eat it. While the dessert has wowed the internet, some netizens are sceptical about its taste. Some commented that they don’t understand the hype behind adding gold leaves to food. And another commented that they bet it doesn’t taste great. While you must be ready to shell a whopping ₹78,000 to actually taste it and give your final verdict. Back home in Mumbai, Huber & Holly serves gold-plated ice creams. Try it out!