When the ‘work from home’ culture started at the beginning of the coronavirus lockdown, many of us had felt that life inside the four walls of home would be a bit easier and we would get more time for ourselves. But within the span of about a month, we all realized the importance of going out. We started missing the long walks, the open skies, the free air, the traffic sounds, the train gossips and more. Being cooped up at home, a claustrophobic feeling started taking over, creating an uncomfortable mental blockage within us. If you are in Delhi and can relate to this malady, there are some picturesque green zones or ‘lungs’ of your city where you can take some morning walks to ditch your quarantine blues. Here we are listing down 5 such places:

Heading over to the marvellous Lodhi Garden early in the morning for some yoga amid the greenery has been a weekend ritual for many Delhiites. And for the locals, it is almost a daily practice. The vast expanse of Lodhi garden witnesses many fitness buffs every morning who indulge in morning walks, sprints and exercises. The best part about being at Lodhi Garden is getting the opportunity to view the remarkable Mughal architectures of Shisha Gumbad, Bada Gumbad, Sikander Lodi’s Tomb, the tomb of Mohammed Shah and loads more. 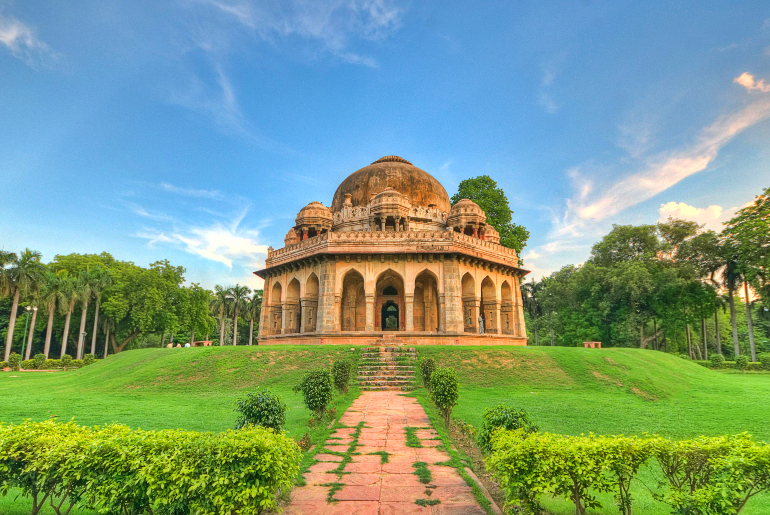 How about spotting peacocks while taking morning walks? It can literally make a day, right? The Aravalli Biodiversity Park in Gurgaon, spread over a sweeping expanse of 153.7 hectares, offers nature trails through dense forests and the most attractive aspect about this park is that it overlooks the mighty Aravalli hills.

Apart from peacock, one can also spot other rare bird species here like white-eared bulbul, lesser whitethroat, long-billed pipit, black drongo and steppe eagle. In the early morning, many cyclists and joggers can be spotted making their ways through the trails. 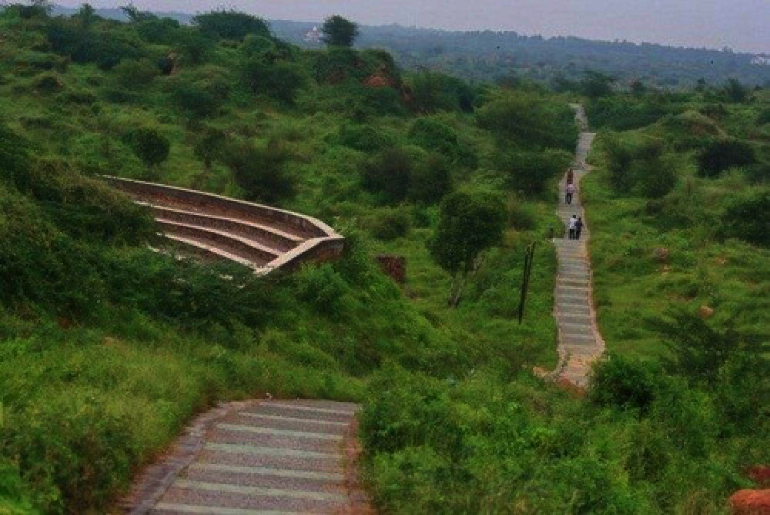 Though it is touted as one of the popular lover spots in the city, the beautifully designed Garden of Five Senses in Saidulajab, near Saket can offer a breathtaking morning walk experience. This South Delhi park is a replica of Mexican Mayan Labná Arc and inside the park, there are spectacular figurines of children praying, elephants and more. There is also a wall going up in a zig-zag way, which can be a miniate version of the Great Wall of China. The park also has a pretty bell tree and other art installations. Apart from these, the garden is home to a wide variety of flowers. 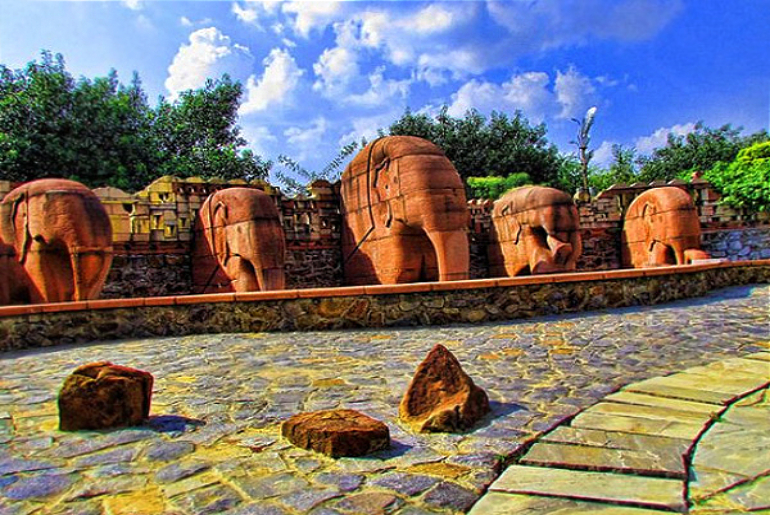 Also Read: 5 Most Instagrammable Wildlife Reserves And National Parks You Can Visit From Delhi

The Talkatora Garden is a Mughal-era garden and has a huge historical significance. The Marathas had defeated the Mughals in the Battle of Delhi at this garden. The garden now houses the Talkatora Stadium. At Talkatora garden, one can feast eyes on flowers of varied hues and a line-up of sparkling fountains. The garden is in proximity to the Rashtrapati Bhavan. 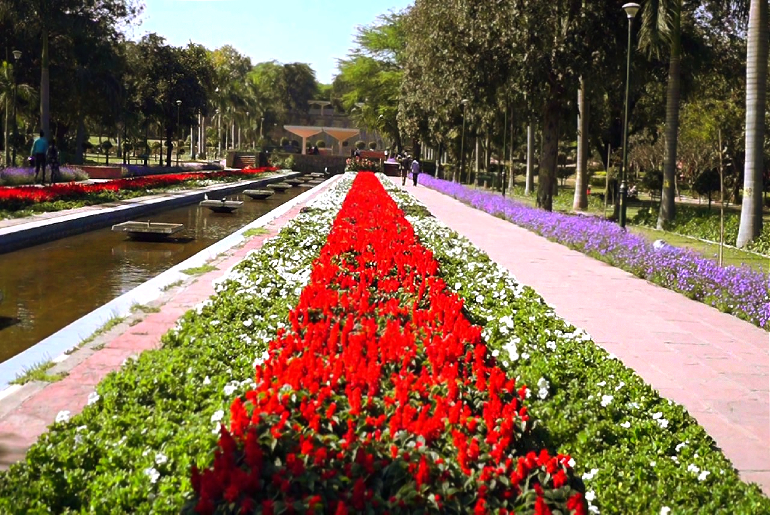 The Nehru Park in Chanakyapuri is another stretch of greenery with a wide variety of beautiful flowers. Apart from being a haunt for joggers, walkers and fitness enthusiasts, the venue is also famous for concerts of morning and evening ragas. The park also houses a statue of the leader of the Great October Socialist Revolution of Russia, Vladimir Lenin. Also Read: Yamuna Floodplains To Get A Makeover With Water Bodies & Walking Track

Other than these beautiful gardens, two more new parks, the Shaheed Bhagat Singh Park and a biodiversity park will come up at Noida’s Sector 150 and Sector 91 respectively. So make your plan someday, set your alarm, wake up early and head over to these treasure troves to refresh your senses all over again. Meanwhile, did you know about this paramounting experience in Gurgaon?

Goa To Reopen Beach Shacks Along The North...