Defying all challenges, 72-year-old Manab Sarkar has travelled all the way from Kolkata to Ladakh on his bike covering a distance of over 2,498 kilometres. Sarkar is a resident of Kolkata’s Dum Dum and has an ardent passion for travelling. An Instagram community named Kolkata’s illusion uploaded his video, which was shot by Saheb Goswami. In the video, Sarkar is heard saying that he does not have the sickness related to high altitude. When he was further asked if he had this advantage from his childhood, he said that by embarking on many treks, he has overcome these problems.

“I Enjoy Myself While Travelling”…

From the video, Sarkar seems to be a very down-to-earth person who was humbled when he was told that there is no bigger inspiration than him. He said that he has gone on many long treks after retirement and added that he enjoys himself while travelling. He also agreed on the fact that Bengalis do a lot of travelling. He said that wherever he has travelled, he has spotted Bengalis. He plans to travel more in the coming days.

He Plans To Travel To Karnataka, Bihar And Madhya Pradesh In Winter

When asked about his future plans, Sarkar said that he is planning to cover Karnakata, Bihar and Madhya Pradesh in the coming winter. He plans to visit the Mandar Parvat in Bihar’s Banka district. The Mandar mountain has spiritual significance in Hindu mythology. It is believed that this hill was used for churning the ocean, the process popularly known as Samudra Manthan. In Madhya Pradesh, he wants to visit the birthplace of the classical Sanskrit poet Kalidas, Ujjain. In Ujjain, he will visit the historic Gadhkalika Temple. He said that the temple of Vikramaditya is still in Ujjain. Sarkar added that the holy Shipra river flowing through the city can take anyone back in ancient times by around two thousand years. 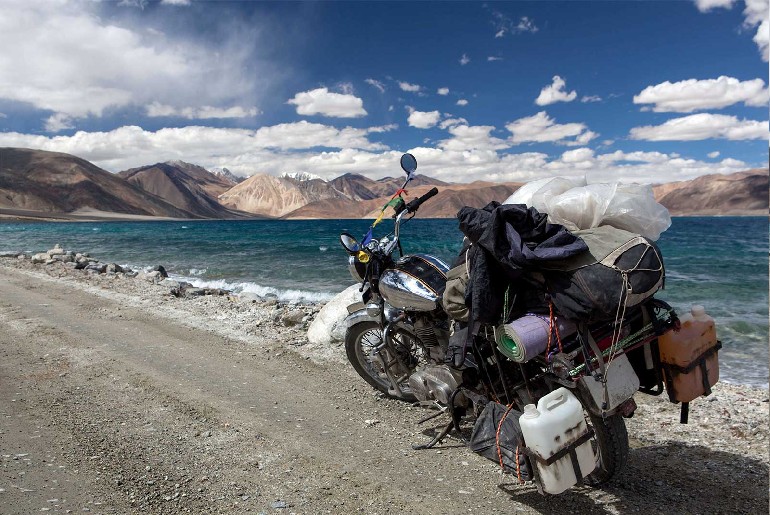 Also Read: This 80-Year-Old Woman Treks 600 Miles Every Year With Her Dog On A Horseback Redefining Age

Sarkar said that since he is retired, he has enough time on hands and he wants to utilise it. Despite his age, his enthusiasm is paramount and this yet again proves that age is indeed, just a number.