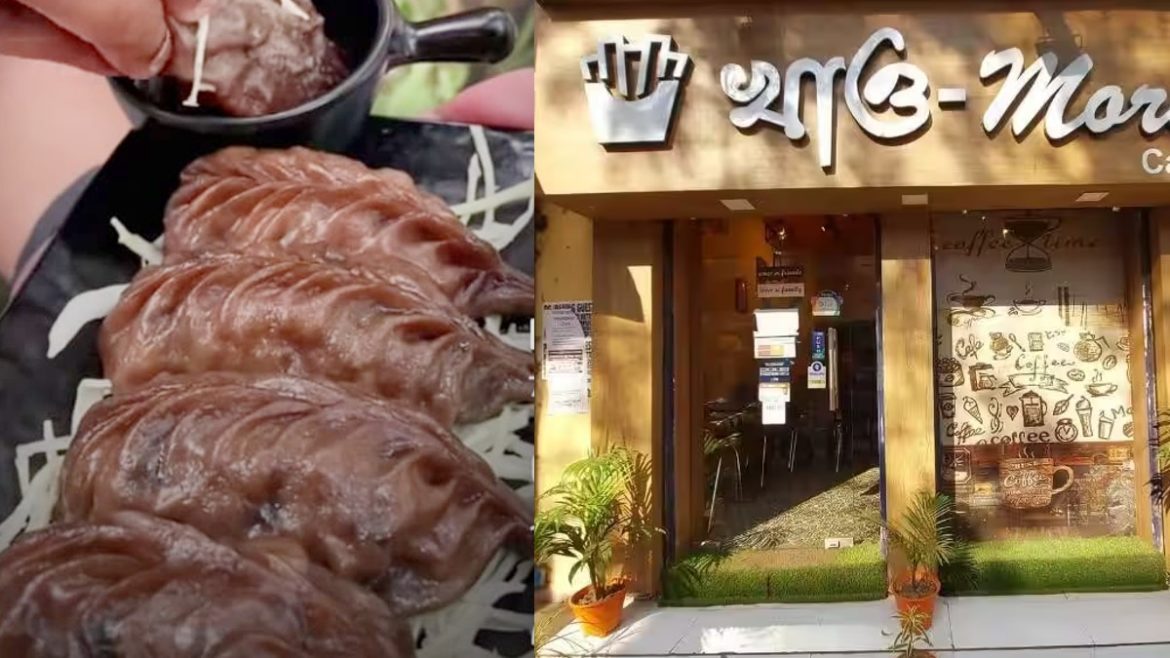 Be it in the mountains or plains, momos are our absolute favourite. The fluffy steamed momos loaded with delish stuffing are super comforting to the taste buds. Having said that, food experimentations are on the rise and they haven’t spared momos too. We have come across many eccentric varieties of momos like kurkure momos, butter garlic momos and even peri peri momos. And we have loved some of them too. Now, a cafe in Kolkata is serving Chicken Chocolate Momos with spicy chocolate sauce and foodies are confused.

Chicken Chocolate Momos In Kolkata Are Touted To Be Delicious

The video of the special momo has been uploaded on the Facebook page ‘The Foodies Retreat’ and it has grabbed over 7.6K likes. The guy in the video says, “Again a new thing in Kolkata for the first time… Chicken Chocolate Momo.. I am having it at Khao More Cafe in Kolkata’s Naktala with spicy chocolate dip… It’s wonderful and amazing.”  But despite him praising the momos, the combination didn’t go well with the foodies. Some were so exasperated by the dish that they wanted to ‘unsee’ it.

Keeping the discussion of Chicken Chocolate Momos aside, Khao More Cafe in South Kolkata offers a wide array of lip-smacking snacks to pamper your gastronomic soul. Amid the chic interiors of this cafe, you can relish Drums of Heaven, Mongolian Chicken, Wok Tossed Hakka Noodles, Oyster Gravy, Hunan Gravy, Salami Omelette, Fish Feriyaki and also pocket-friendly combos. You can also try the regular steamed and fried momos out here with veg, chicken and cheese corn fillings.

Thus, even if you aren’t ordering their choco momos, the other dishes are worth giving a try!