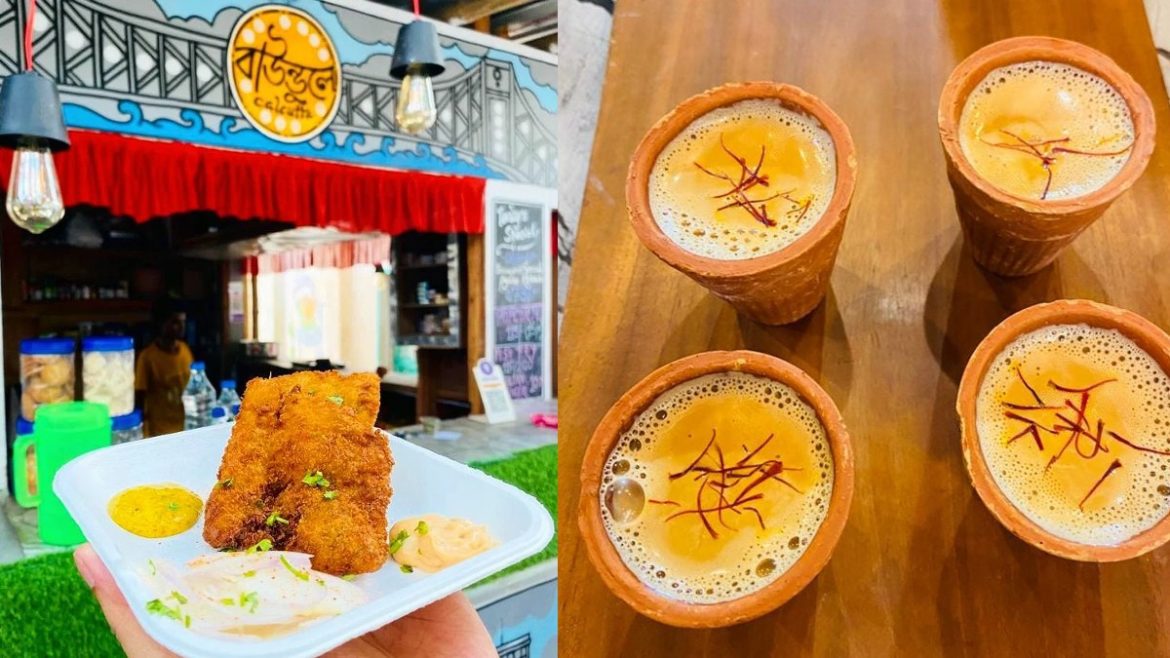 Having a cup of piping-hot chai while enjoying the river breeze is nothing short of a therapy. Boundule Calcutta Cafe, located right by the Ganges, is offering a wide array of delicacies amid its Instaworthy setting. Boundule Calcutta Cafe on Kumartuli Ghat, Kolkata is luring city folks with its lip-smacking bhetki fries, chicken grilled sausages and much more. And locals are going gaga over its invigorating Kesar Chai.

The Cafe Has Artworks Depicting The Iconic Landmarks Of Kolkata

Boundule Calcutta Cafe lies opposite century-old heritage buildings, a short walk away from the historic sculptor’s colony, Kumartuli. Unlike other cafes, Boundule Calcutta looks more like a kiosk, decked with quirky artworks depicting the iconic landmarks of Kolkata like the Howrah Bridge, the Victoria Memorial Hall and Nandan.

The paintings also display trams and taxis, two prominent modes of transportation in the city. From food to decor, everything about the cafe can please the soul of a true blue Kolkatan. Also, Boundule Calcutta is touted to the first street-themed cafe in Kolkata. Boundule means ‘bohemian’. There is an bohemian aura in the air around the cafe.

Also Read: This Slice Of Denmark Near Kolkata Will Amaze You With Its Gourmet Dishes

The cafe also serves Kolkata special Bhetki Fries, Jhal Prawn Crunch and Chicken Stew with Grilled Bread. If you’re craving omelettes, the French Omelette with Chicken Mozella here will get you smitten. The best bit is that the dishes and drinks are highly pocket-friendly here. A cup of Kesar Chai comes at just ₹10 at the cafe. You can relish your favourite snacks here with breathtaking sunset views.

Also Read: Stay In This 100-Year-Old Bungalow In Kolkata That Was Once Visited By Mahatma Gandhi

So, call up your pals and head to Boundule Calcutta Cafe already!