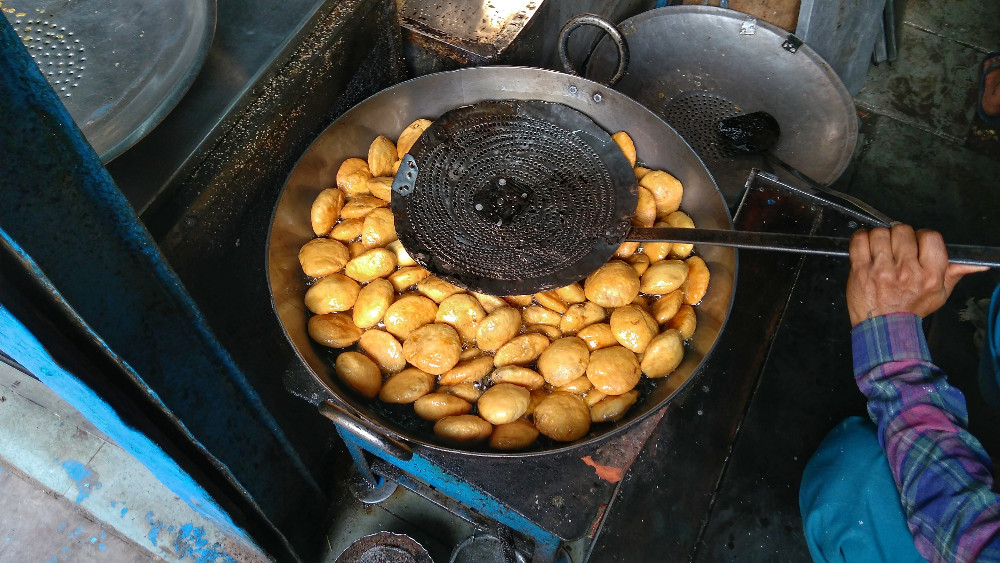 Rawat Mishthan Bhandar is not only famous for its sweet delicacies but world-famous for its Aloo Pyaaz and Pyaaz Kachori which are to die for!

Rawat Kachori in Sindhi Camp, Jaipur serves piping hot kachoris stuffed with well-spiced mashed potato or onion mix. It is one of the most savoured snack in the city but, the Aloo Pyaaz Kachori will make you come back for more. This 45-year-old joint also serves some of the most amazing Stuffed Mirchi Bhajjis that’ll make you go weak in the knees. Also read:Head To Tapri House In Jaipur For Tea & Conversations In Rain

As the name suggests, Rawat Mishthan Bhandar, is the soul of the city and also serves a huge array of mithais such as mava, Chhena and most popular of all, the honeycomb lookalike called Ghevar. You can also gulp down lassis and take home savoury treats like namkeens and samosas. If you’re in the mood to experiment with your taste buds, go for the Maya Kachori, which is filled with sweet mava!

Also read: There’s A Tree House Resort In Jaipur With Views Of A Waterfall