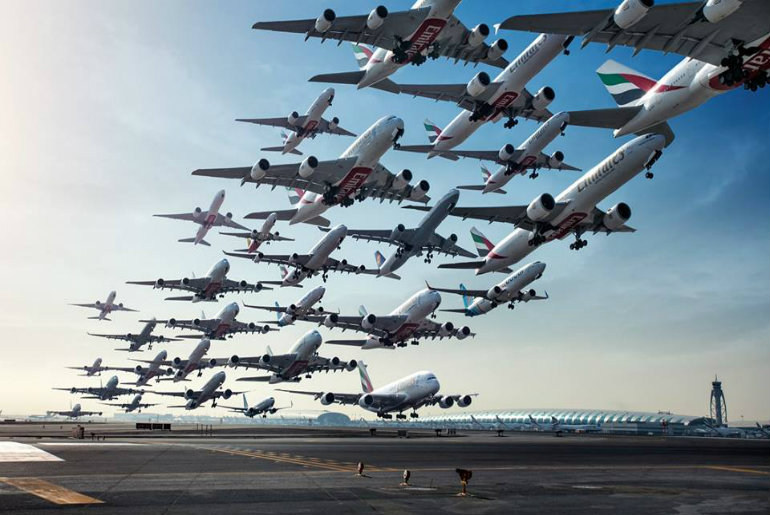 Dubai retains its rank as the third busiest airport in the world welcoming 88.2 million passengers in 2017 and it’s all set to grow. Also Read: 5 Places In Dubai Where You Can Eat Edible Gold

Currently, the UAE has 14 airports, airstrips and airfields served by 113 airlines with total annual take-offs and landings exceeding 540,000. In addition to these, the four UAE airlines, Emirates Airline, Etihad, FlyDubai and Air Arabia are also investing billions of dollars in acquiring the latest aircraft models that will help the UAE economy to grow and increase combine fleet size to more than 525 in 2018.