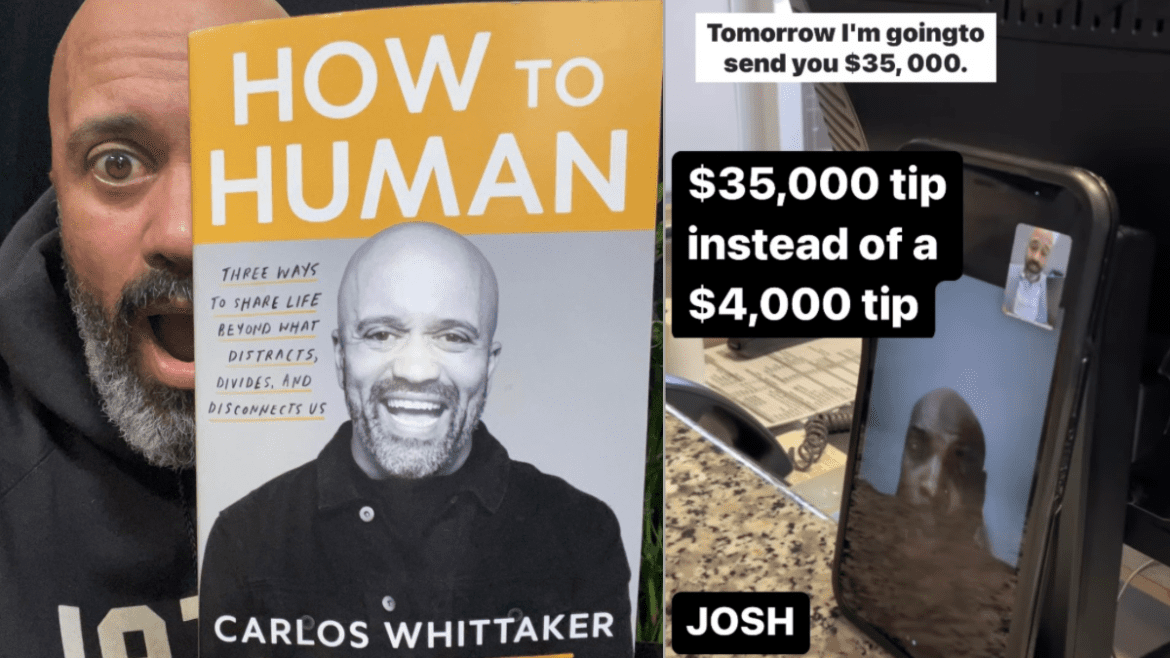 The Internet is moved by the act of humanity as US author and writer, Carlos Whittaker, donates a huge sum of money. The author donated $1,10,000 to three food court workers at Atlanta airport, US.

Carlos posted a video on his Instagram feed which went viral with 12.8K likes and a huge bunch of comments. It is a reaction video of the three food court workers– Phyllis, Brandon, and Josh who were granted the donation. 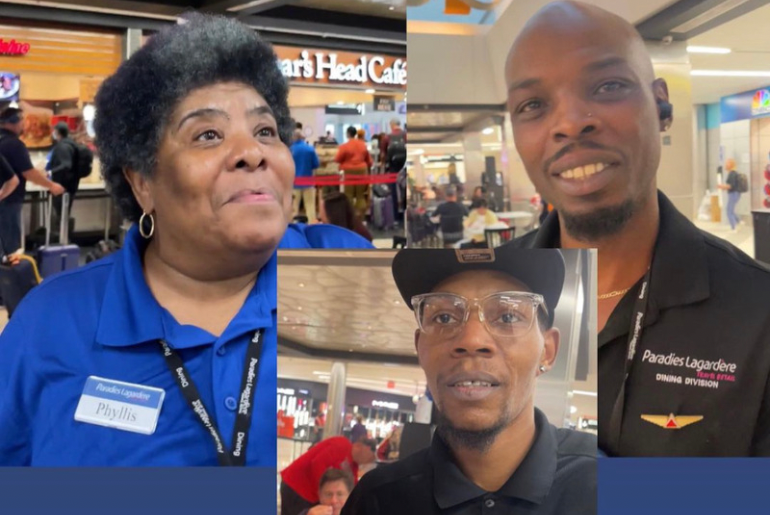 Carlos was on a video call with the workers and informed them that he would provide them with the collected fund of $4000 each (around 3.3 lakhs). Adding to the biggest surprise to the workers and viewers, they were provided with $35,000 each. The author collected the fund online with the biggest help from Instagrammers who contributed their bit to the targeted donation.

The Viral Video That Touched Many

Carlos posted the video on October 8, 2022, and wrote that when he had left the airport they had collected enough to donate $4000 to each. Soon after, he raised to donate a total of $35,000 each. He added that Insta Familia had changed three lives. The caption itself raises the emotions of the viewers towards the kind act.
Watching the workers’ reactions is enough to give you goosebumps all over. They are surprised by this life-changing move than is so godly for them. With 195k views and over 250 hearty comments, Netizens expressed their sentiments and praised the author.

One comment read that their heart is bursting for the workers and it’s an amazing move. Another user wrote that Carlos is just the best and they love him for this. One Instagrammer commented that he is encouraging and that how we all can change lives every day if we open our eyes and obey. Carlos has been blessed immensely by the workers and family and his Insta Familia too. Photographer Ryan Pernofski and musician Israel Houghton also commented on the video. Israel Houghton said that he is honoured to call him his friend.

Hatred and criticism are enough on Instagram to spoil someone’s day and mental health for life. Such acts that positively change lives are rare to find, not just on the Internet but in the real world too.