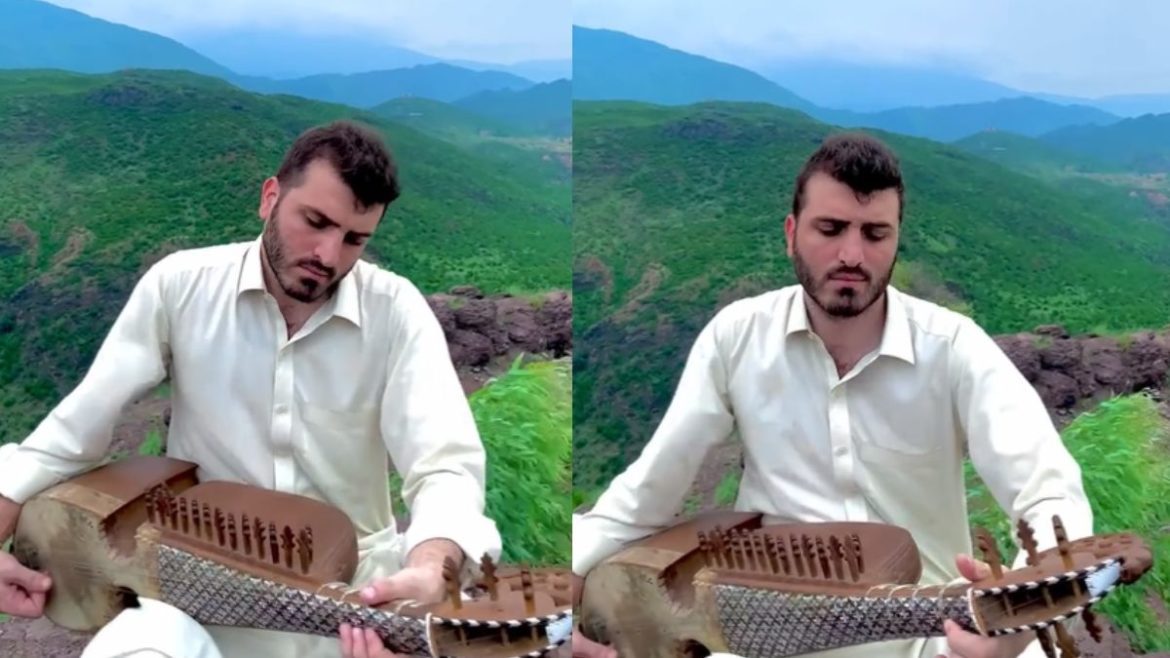 India celebrated its 76th Independence Day on 15 August 2022, Monday. To commemorate this grand day and honour the 75 years of Independence, the entire country hoisted the national flag and enjoyed the day with their loved ones. Prime Minister Narendra Modi hoisted the national flag in Red Fort and addressed the nation on its 75 years of Independence. Foreigners from across the border also wished the people of India on this special day. And a wish from our neighbuoring country, Pakistan is winning the hearts of the netizens.

Siyal Khan is a famous rabab player who often shares his musical performances on social media. Internet users are huge fans of his melodious tunes and this time the Pakistani man played the national anthem of India ‘Jana Gana Mana’ to wish the people of India on its 75 years of Independence. Siyal uploaded a video of him playing the rabab version of the national anthem sitting amidst mountains and greenery as the picturesque backdrop. The Pakistani man uploaded the video with the caption, ‘Here’s a gift for my viewers across the border’. Take a look at Siyal’s special tribute here.

Here’s a gift for my viewers across the border. 🇵🇰🇮🇳 pic.twitter.com/apEcPN9EnN

Siyal further added, ‘Happy #IndependenceDay India. I tried the National Anthem of India as a token of friendship and goodwill for Peace, tolerance and good relations between us. #IndependenceDay2022’.

The Melodic Video Is Receiving A Lot Of Love

Both Indians and Pakistanis found his gesture to be very sweet and Indians appreciated the greetings. Netizens loved his performance and shared their love on social media. This video did not take much time to go viral on social media platforms. In just 2 days, the video gained over 1.2 million views, more than 1.4k retweets, and more than 66.6k likes on Twitter. Everyone is impressed listening to this stunning rendition.

The comments and retweets under this beautiful performance are so heartwarming. Netizens are sharing the video of the Pakistani man playing the national anthem on the rabab extensively on various social media platforms.

Thanks from an Indian Citizen. I wish your leadership and intelligence agency listen to the heart of a Pakistani people who want friendship with India

Beautiful way to send Independence Day Greetings to our next door neighbours in India. https://t.co/XcxdVFDySH

Salute to the spirit and the sentiments behind this melodious composition.. 🇮🇳🖖 https://t.co/HDnEGaiLBT