Viral Video Of Canada’s Tree…
Viral Video: Not Baby Crying,…
On The Occasion Of Dussehra,…
Visit The Babubagan Sarbojanin Kolkata… 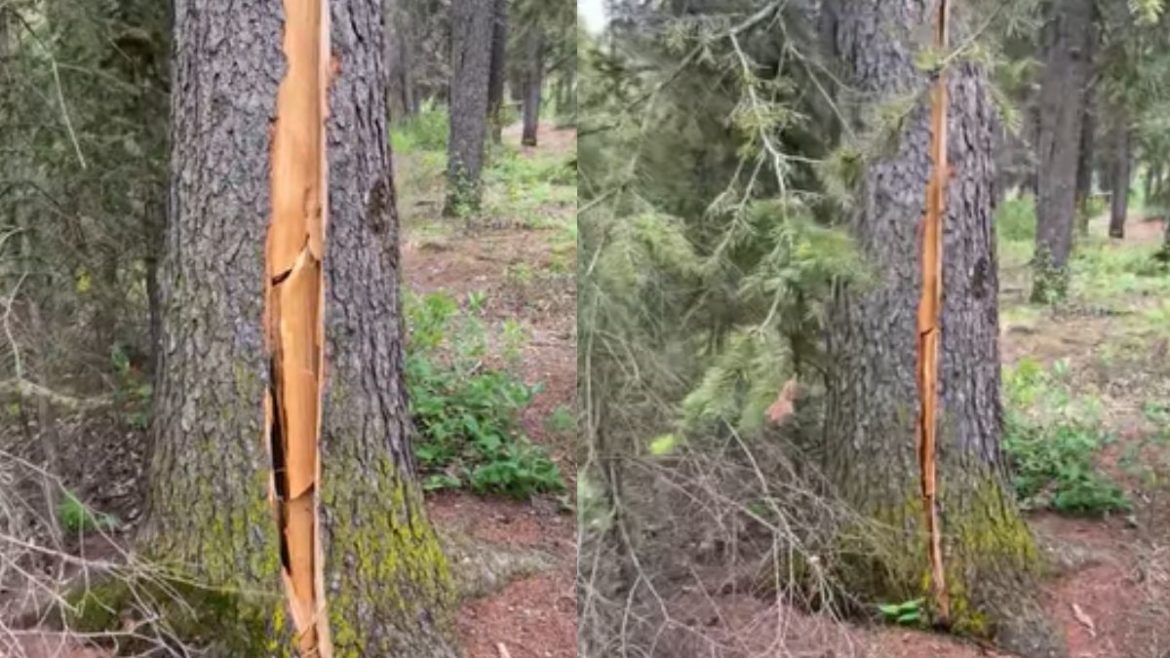 Nature is indeed the best place to witness magic and unbelievable occurrences. We often come across some things in the wild that feels very unnatural and surreal. We see it happening right in front of our eyes but still, it gets hard to believe. Very recently, such an astonishing video went viral leaving Internet users confused. The video of a tree breathing is from Calgary in Canada and the entire world is now puzzled after watching the visual.

A Man Captures A Video Of A Tree Breathing In Canada

We remember learning in schools that plants and trees are biotic. But in this video, we can see something very unusual. The video shows a tree breathing heavily just like any human breathing after running or doing any hard work. The tree has a crack in the trunk and it is breathing quite heavily. A man went to that place to assist hazard trees as it rained a lot in Calgary during June. While being there, he noticed this unbelievable tree breathing and captured the video on 15 June 2022. A YouTube channel named ‘ViralHog’ uploaded this video and it went viral all around the world.

In the description of the video, the caption read, ‘After taking down a few in the area that had fallen and got hung up in other trees, we heard a loud “crack” and saw this tree. The wind blowing it made it look like it was breathing. As of today (June 19) tree is still standing.’ Check out the video below to witness this unexpected phenomenon.

Netizens Are Awestruck After Watching this Video

The video surely surprised everyone as this is something that no one has really seen before. It feels like watching a movie. Presently, the video has over 5.5 million views and more than 900 comments. Netizens expressed their reactions to this video in the comment section and this secret of nature really astonished a lot of Internet users.

Some users feel the visual is quite creepy, whereas some feel it to be freaky. A user even commented on the video’s comparison with Netflix’s popular web series ‘Stranger Things’. This viral video of tree breathing also garnered a lot of interest and questions from nature enthusiasts and scientists.

On The Occasion Of Dussehra, BEST Offers Mumbaikars...