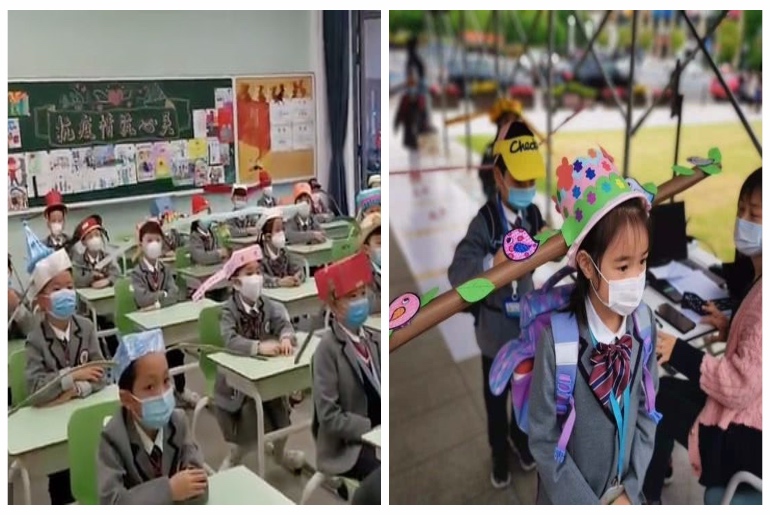 While the world is still facing a hard time due to Covid-19, the first country that was hit is slowly bouncing back. China is gradually returning to normalcy, but with additional precautions. Chinese students have resumed school after a good three months. However, there seems to be a new rule in a few schools in the region. Pictures reveal kids wearing specially designed ‘social distancing hats’ as a precautionary measure. 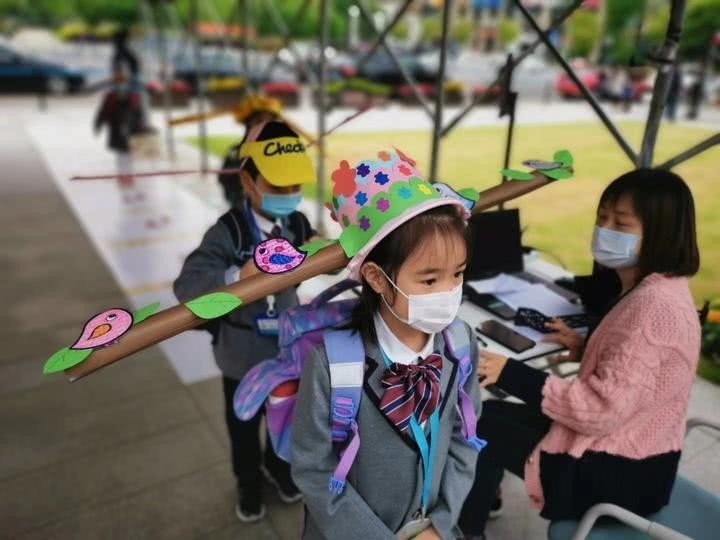 A school in Hangzhou was the first to come up this innovative way to teach kids the importance of social distancing. The school welcomed its students in year 1 to 3 returning back to the campus on April 26 and guess what their first assignment was! The kids had to design an innovative hat with a one-meter, or three-foot, diameter. The special head gear has two wing-like flaps that ensure safe distancing between students.

The hats are inspired from what was worn during the Song Dynasty. Back then, these hats were designed by the dynasty’s founding emperor, Taizu, to ensure court etiquette. The hat also prevented ministers from whispering or conspiring against him.

And now, the Administrators at Yangzheng Elementary School asked students to design these Song Dynasty hats to teach them social distancing. Kids used all kinds of materials including balloons, cardboard tubes, and wooden sticks, to make their own hats.

“This was indeed our innovation. We’re advocating students to wear a one-meter hat and maintain one meter’s distance,”Hong Feng, the school’s principal, told the local Zhejiang Daily newspaper. And in case you’re wondering why the school followed a one-meter norm, it is the distance recommended by the World Health Organisation.

Meanwhile, schools in China are slowly resuming after shutting shop in January. However, the students are back in a very different environment and facemasks have now become part of their school uniform. In addition, some schools are also conducting temperature checks at the door, and classrooms have been rearranged to meet social distancing recommendations.

Earlier this month, China lifted the ban on lockdown. Not only from the public parks and spaces but also from its tourist sites. This caused thousands of people to step out and flock tourists sites across the country, despite the health advisory issued. Despite enough warnings, thousands of tourists came out to visit the Huangshan Mountain Park in Anhui province. 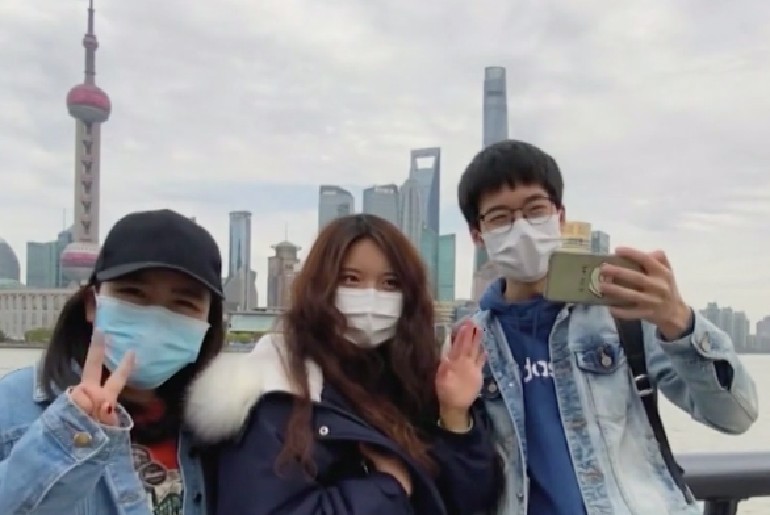 Also read: A Section Of The Great Wall Of China Has Reopened To Visitors

According to news reports, the rush was so much that during the early morning hours itself; the authorities had to shut down the entry because it crossed the 20,000 limit. This is the ‘daily capacity’ of the park, and it was exceeded within the morning hours itself. It is also believed that one of the reasons why so many people decided to visit the popular tourist spot was because there was no entry ticket for the same.

According to various news reports, the Bund waterfront in Shanghai was also crowded. It wasn’t only the shops that were open but the restaurants were completely operational as well. So much so, the guests required prior reservation to enter the place. The local parks and open spaces were also taken over by people in Beijing as well.

The supposed ‘normalcy’ has come almost after 3 months of lockdown. China has had over 80,000 deaths ever since the outbreak of the novel Coronavirus. While the numbers are still rising in the rest of the world, China seems to be trying to get back to its regular routine. With the pandemic still at a critical stage, was it right for China to open these spaces? We wonder…