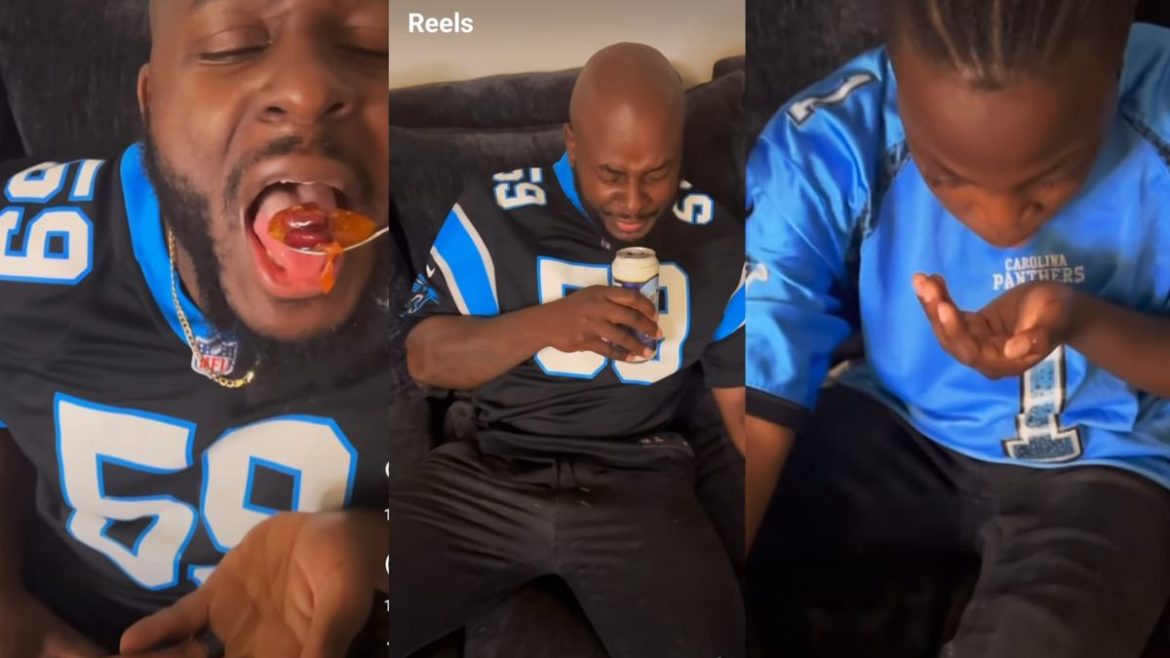 We all have played pranks or have been the victim of pranks. In fact, pranks are the best way to witness some quirky and funny reactions. Currently, a salt prank is in trend, and every other person on social media is doing it. A similar video of a wife pranking her husband went viral because of the amusing no-reaction faces of her husband and son. Check out the full story:

In a video uploaded on Instagram by @onlythecrodwers, a woman takes a spoonful of salt and adds curry to it. The clip begins with her showing the audience the salt she added and then giving her husband a taste. He swallows it, pauses for a moment, and takes a sip of beer while trying to suppress the fearful look on his face, but humorously does not.

The woman then does the salt prank on her son. Her husband gave their son a cue to not react which was genuinely funny. When the lady asked how’s it, the poor child just nodded.

How Did Netizens React To This?

The salt prank video has been viewed over 3 lakh times since it was shared on Instagram. It also has over 12,000 likes and multiple comments. ‘The way they looked at each other🤣’ commented one user. ‘Not only did they both lie but Keith gave the baby boy a nudge lol I’m thinking that meant lie to ya mama 🤣💀’ commented another. ‘They are so sweet. Doing everything to preserve her feelings ❤️💜 commented third.

Contrary to these comments, many users also said that consuming too much salt can stress the body. One user wrote, ‘I will never eat anything you make again. It’s no joke. This is an addiction. No fun.’ Another said, ‘It’s not like that in my house. They’ll tell me.’

Well, how will you react if somebody does this prank on you? Do let us know!