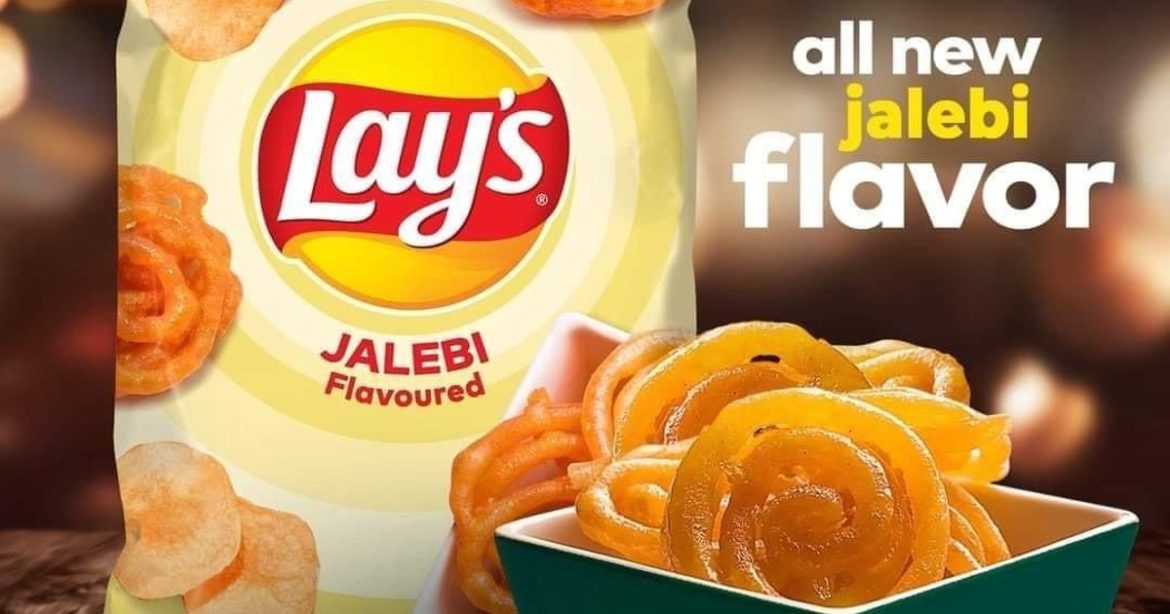 What’s the craziest April Fool prank played on you? Well, Lays Pakistan fooled a large number of foodies after it announced new Jalebi flavour chips. The chips packet had crispy orange jalebis on it and looked quite real. It looked just like how another Lays packet of chips would. Foodies were aghast. After all, in the world of wacky food trends, anything was possible. Even Jalebi flavoured Lays. Lays Pakistan went on to clarify and hilariously point out that it was just an April Fool’s Day prank.

A physics teacher from the UK, Dr David Boyce took to Twitter after finding a lonesome potato in his packet of Kettle Chips. He can be seen holding a packet of a Kettle Chips packet of Mature Cheddar and Red Onion flavour with a tiny potato. Left hungry and in utter disbelief, he revealed to LincolnshireLive that he initially went blank on finding a whole potato in his chips packet. He wondered how is this potato even there, but then he saw it as a “champion, a survivor who refused to be a crisp”. The caption of the picture describes David Boyce’s thought to make a 3D print and incorporate it into a statue, remnding him of the glorious moment when he discovered it.

So I opened a bag of @KETTLEChipsUK today to find no crisps. Just a whole potato. 😮 pic.twitter.com/PGEqGMqIWF

While the physics teachers admits it’s not his greatest discovery, he humorously admits he’ll take what he gets. The picture instantly went viral on social media garnering over 500 likes and reactions from social media users. Kettle Chips asked the man to send a direct message so his team can look into it. David Boyce’s revealed it was unexpected for him but Kettle Chips can take the potato if they want to. Meanwhile, have you heard of a cheesy chips paratha in Oman?