Woman Sends Edible Resume To Nike, Netizens Ask Did She Get The Job? 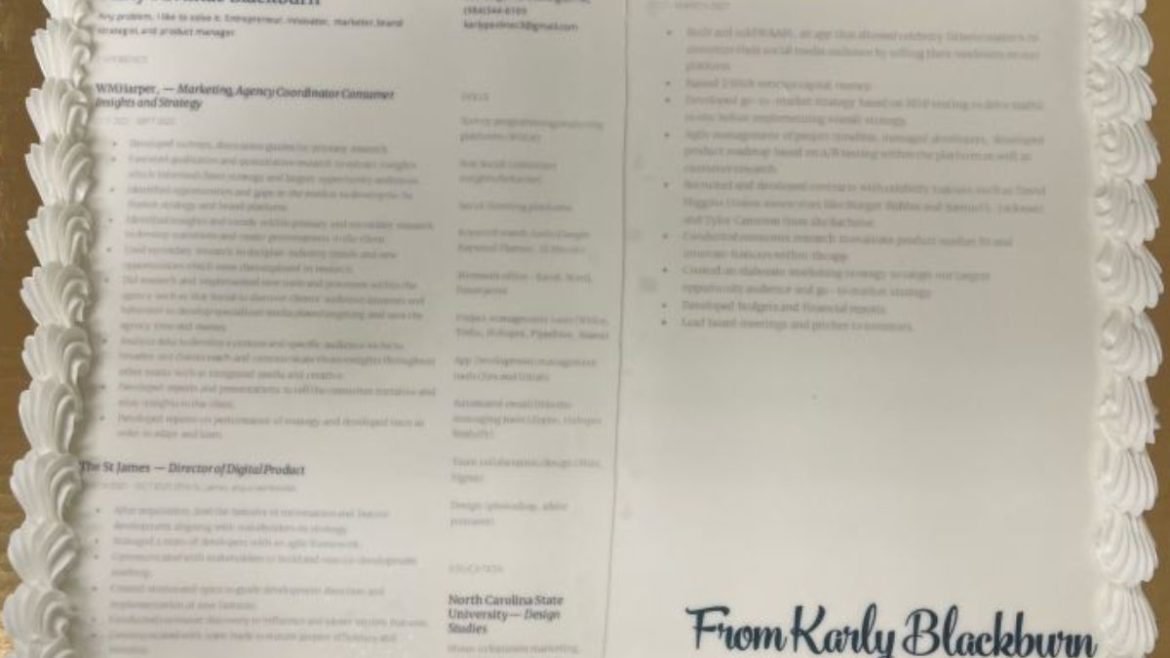 Job seekers often wonder how to highlight themselves as a candidate when applying for a job. But the answer remains the same. Create an excellent resume that can stand out. Well, sending out resumes is a regular practice, but imagine sending a company an edible resume printed on a cake. Yes, recently, a woman came up with this clever idea to grab the attention of potential employers.

The woman actually printed her resume on a cake and sent it straight to her potential employer, Nike. Karly Pavlinak Blackburn revealed her full story in her LinkedIn post, which went viral within days.

What Can Be Better Than Sending A Resume On A Cake? 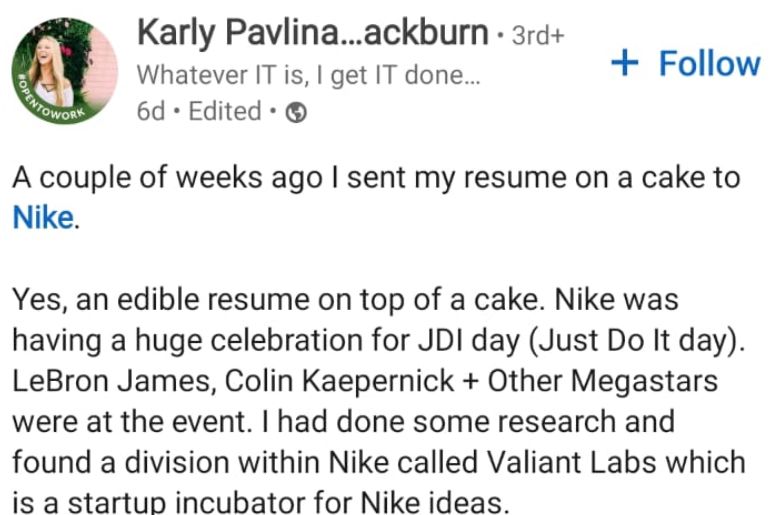 The woman wrote a detailed post on LinkedIn explaining why she came up with the idea of ​​sending an edible resume on a cake instead of the traditional resume. “They’re not currently recruiting for positions on this team, but I wanted to find a way for the team to know who I was. What could be better than sending a cake to a big party,” she wrote.

Her friend recommended her the idea of printing a resume on a cake and then sending it to Nike Headquarters. After doing some research, she decided to ship the cake on the day when there was a celebration at her headquarters.

The Idea Of Sending An Edible Resume Left Netizens In Splits

On LinkedIn, the idea was highly praised for its creativity. The post received accolades from job experts across the world. “You just have to do what you can to get your foot in the door. Persistence pays off,” wrote one user. “While I applaud your creativity and hope to learn if they contacted you at all or not?” wrote another user.

Take a look at some more reactions.

But a two-page resume? I guess it made for a bigger cake.

Did she get the job?

Well, what do you think of this idea? Do let us know!