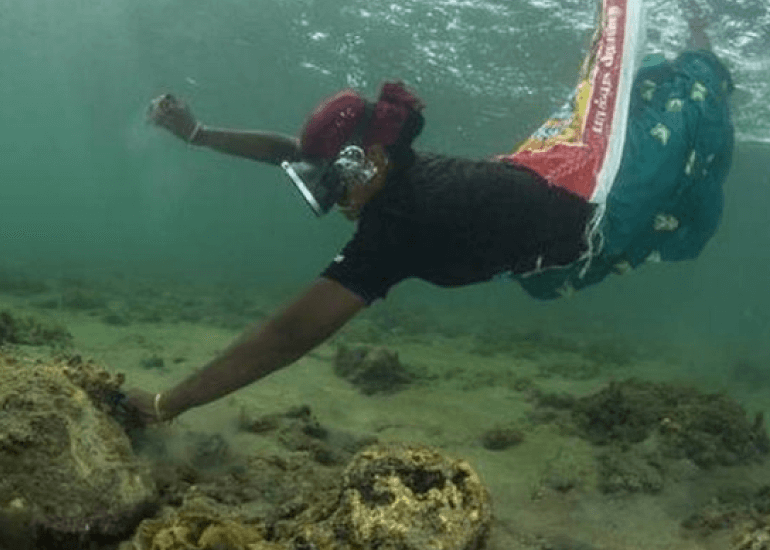 Under 140 Characters
How do you earn a living as well as protect the marine ecosystem? The sari-clad, woman seaweed collectors from Tamil Nadu know how.

Meet The Sheroes
When we think of deep diving into the sea, we have an entire checklist to tick off before taking the plunge. Sport the right gear. Carry an oxygen source. Follow instructions. Say a prayer, etc. But a brave group of women in Tamil Nadu just throw themselves into the blue liquid vastness in a sari!! That too not for leisure, but to earn their livelihood. They are the unlikely seaweed collectors who have been doing this work for generations. 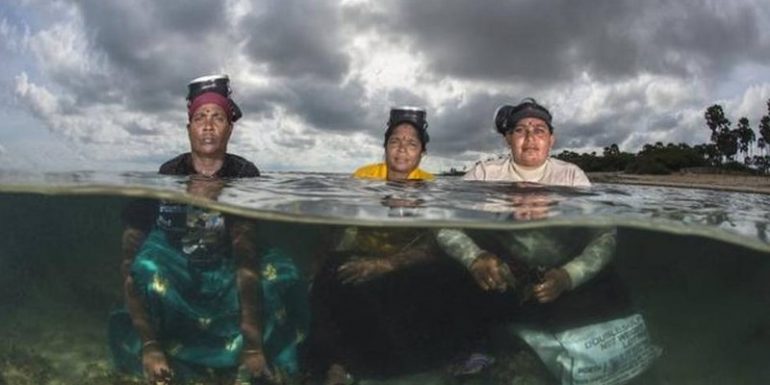 There are around 300 women, aged between 20–70 years from Chinnapalam in Tamil Nadu, who depend on plucking seaweed for their daily income. It’s hard and risky work to pluck seaweed that grows on underwater rocks and dead coral reef adjoining the islands in the Gulf of Mannar. But their conditions are so dire that they can neither afford a proper protective suit, gloves, mask nor an oxygen cylinder. They just dive in wearing their sari, rubber slippers and a mask, with a plastic bag attached to them for collecting the seaweed. To avoid hand injuries, they simply tie a cloth on their fingers and secure it with rubber bands. However, they do sustain bruises which they have accepted as an occupational hazard.

The Difficulties
As these women are uneducated and plucking seaweed is the only job they are proficient in, they depend on it to financially support their families. However, a lot of challenges get thrown their way.

For one, the number of women into this line of work has increased over the years. As a result, their income gets split. 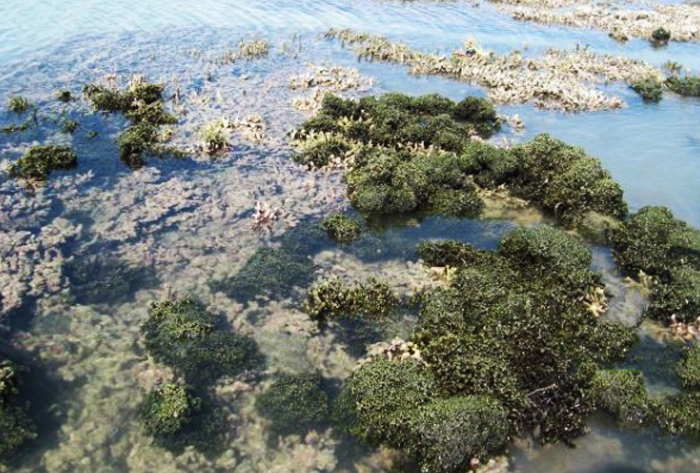 Secondly, the demand for seaweed has consistently risen. Seaweed is very important, both under water and above it. Basically marine algae or plant-like organisms, they are vital ingredients in medicines, ice-cream, toothpaste, fertilizers and many other products. At the same time, they help in maintaining the marine ecological balance. So while we humans need more of seaweed, the underwater world can’t do with its mindless depletion. Hence the Government declared the Gulf of Mannar as a National Park in 1986 and announced a total ban on seaweed collection.

The Breakthrough
Instead of buckling under the pressure or turning a blind eye to the ecological danger, these women decide to turn the tide. Laxmi Moorthy, a 48-year old woman from Chinnapalam village who has been collecting seaweed since she was seven, led the initiative by forming a women’s collective. They all started educating each other on how they could protect the seaweed as well as earn from it. Then they came up with a plan, while working in sync with the government. It was decided that they would collect seaweed for only 12 days instead of doing it throughout the month.

The Wave Of Success

Says Lakshmi, “Earlier when we were collecting every day, each of us could get 5 to 10 kilos of seaweed, but now, we are able to collect 25-30 kilos.”

Though they still earn around Rs.7000 to Rs. 10000 a month only, it is a marked improvement over their earlier income.It can safely be said that this is the best case of one looking out for the other. The women cared for the underwater life by never breaching the 12 days commitment since the past 10 years nor did they use sharp metal objects for collection. And the ocean ensured that their source of income didn’t dry up.

Moreover, in 2014, the government issued biometric cards for these women divers. This worked as a proof of identification and stopped government officials from intervening in their work. 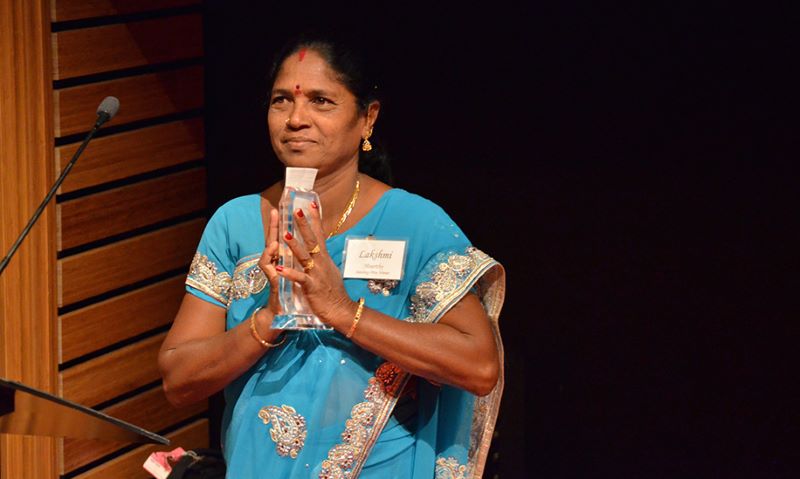 In recognition for her inspiring work, Lakshmi has conferred the Seacology Award in California in 2016. Laxmi donated the award money for the construction of a school in the area to help brighten the future of the next generation. She firmly believes that they shouldn’t pay the price for being uneducated.

Also Read: Bengaluru Airport Gets A Women Only Cab Service