‘Disappointed’ Viral Pakistani Cricket Fan…
Emirates Is Hiring: Here’s How…
Sajjangarh Fort Is The Most…
Dubai Ranks Among World’s Most… 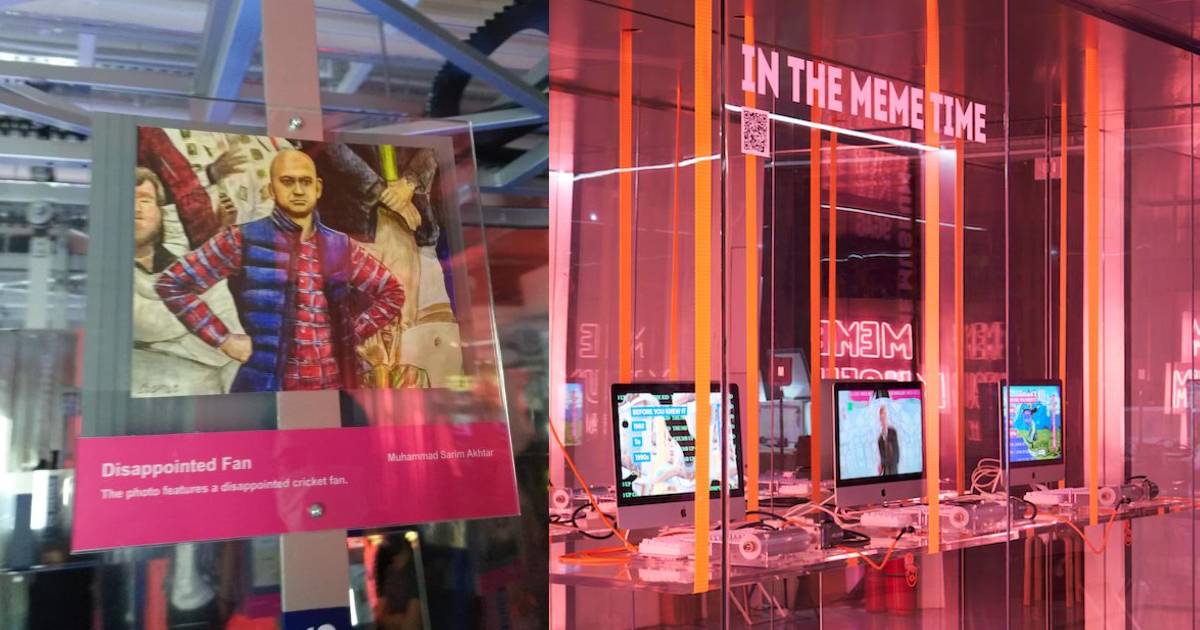 Hong Kong just got the world’s first Meme Museum and we could not be happier about it. Online humor platform 9GAG has opened a Meme Museum celebrating some of the most hilarious images and videos that have gone viral. But guess who features on it? The Pakistani guy, Sarim Akhtar who got viral in 2019 for his disappointed look during Pakistan vs Australia World Cup match.

The viral shot made him the subject of memes across the world. The Pakistan fan’s iconic expression is now displayed at the World’s first Meme Museum in Hong Kong. You can spot his meme-worthy pose with his hands on his waist and vexed expression in the museum. Notably, he frowned after cricketer Asif Ali dropped David Warner’s catch during the ICC World Cup.

I got featured in Hong Kong 🇭🇰 museum of memes 🎉 yohooo 🤩😍 pic.twitter.com/uQ8GL0s7l7

In a post on Twitter, Sarim shared a picture and video clip from the museum which features his classic pose. “I got featured in the Hong Kong Museum of memes. Yohooo,” he said in the caption of his post. In another post, he wrote, “My sister found the video of the Hongkong K11 Museum of Memes on YouTube.” Twitter users congratulated him saying ”Who would have known that moment of disappointment would become a moment of recognition for you. God bless!”

Also read: 6 Unusual Food Museums Around The World That Will Blow Your Mind

I got featured in Hong Kong 🇭🇰 museum of memes 🎉 yohooo 🤩😍 pic.twitter.com/uQ8GL0s7l7

Dubai Ranks Among World’s Most Open Cities For...

Sajjangarh Fort Is The Most Stunning Spot For...

Emirates Is Hiring: Here’s How To Apply And...