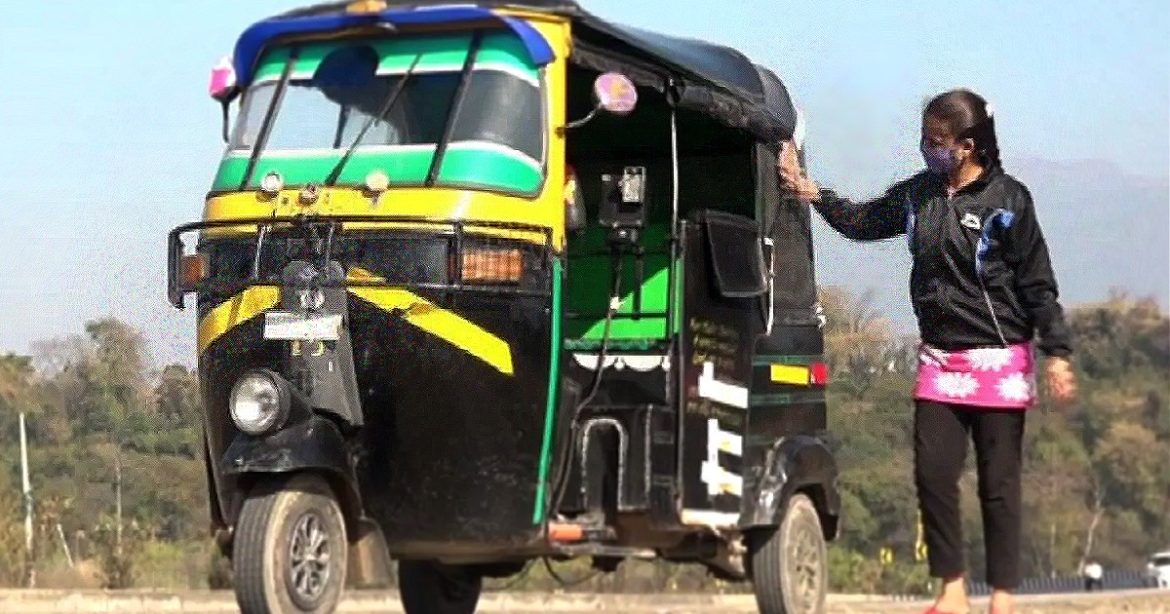 The nationwide lockdown led to the shutting down of schools, and thus all those who had been driving school buses, vans, etc. lost their sources of income. Sardar Gorakh Singh of Jammu & Kashmir’s Udhampur district is also one of them. He used to be a school bus driver but he lost his job during the lockdown. To earn a living, he started driving auto-rickshaw but the earnings weren’t enough to support his family. To help him financially, his 21-year old daughter Banjeet Kaur stepped in and also started driving auto-rickshaw. Speaking to ANI, she has said that driving the auto-rickshaw is a part-time job for her and she is also continuing her studies side by side. Banjeet dreams to join the defence in future. A mother of two also became J&K’s first woman bus driver smashing stereotypes.

Banjeet Aims To Join The Defence In Future

21-year-old Banjeet Kaur is now driving an auto-rickshaw in Jammu & Kashmir’s Udhampur district to support her father and her family. Banjeet told ANI, “My father was a school bus driver but he lost his job as the schools remain closed due to COVID-19. He started driving auto-rickshaw but he was not able to earn sufficient. So I stepped-in.” She is a second-year student and dreams to join the defence in future. She is continuing her studies. Driving the auto-rickshaw is like a part-time job for her. Banjeet said, “We girls should be ready for every situation.” Also, a Delhi woman started selling biryani on road after her husband lost his job during the lockdown.

Girls Can Excel In Any Field: Banjeet’s Father

Banjeet’s father Sardar Gorakh Singh and her sister Davinder Singh are happy about the fact that Banjeet is inspiring many people with her bold step. Sarder Gorakh Singh has said, “The girls can excel in every field. They can choose their profession depending on their will.” He added, “After I lost my job during the lockdown, my daughters asked me to teach them to drive auto-rickshaw. I supported them.” Rachana Sharma, Assistant Regional Transport Officer (ARTO), Udhampur, said, “Girls like Banjeet Kaur, who is driving auto-rickshaw to support her father, is an example for society.” Rachana added, “When I was transferred as ARTO at Udhampur, I started a campaign called ‘Girls can drive’ under which several girls were trained to drive.” Meanwhile, did you know about the woman drivers of pink e-rickshaws in Jaipur?