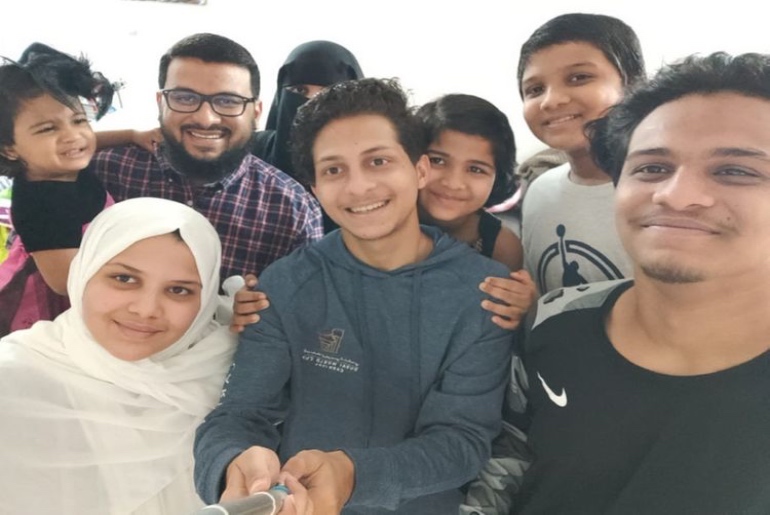 India is yet to resume regular passenger services after grounding flights four months ago. Due to this, a whole lot of UAE Residents are still stuck in India. Although India and UAE announced a window to operate limited flights, tickets were sold out pretty fast. In addition, several flights were also cancelled. Meanwhile, Emirates Announces Mandatory Covid Negative Certificate For Travellers From 10 Countries.

Desperate to return home, expats stuck in India ended up booking charter flights for a hefty price. A few other, resorted to a lengthy travel route- much like two Indian teen brothers who were stranded in Kerala since March. Bilal Bin Sahad (grade 12) and Basil Bin Sahad (grade 11) embarked on a 46 hour journey to reunite with their family in the UAE. Here’s why they had to take such a long journey to just travel from Calicut to Dubai.

Both the boys were born and raised in Dubai. They studied here until till two years ago, but later moved to a boarding school in Kerala.

The boys parents were anxiously waiting for their children, stranded in India, to come back home. Like for many others, their visit visas were auto-cancelled when countries shut borders, leaving them stranded in India. Ever since then, its has been a long struggle as the teens were all alone. They cooked all by themselves, resorting to noodles and ordering food from restaurants. 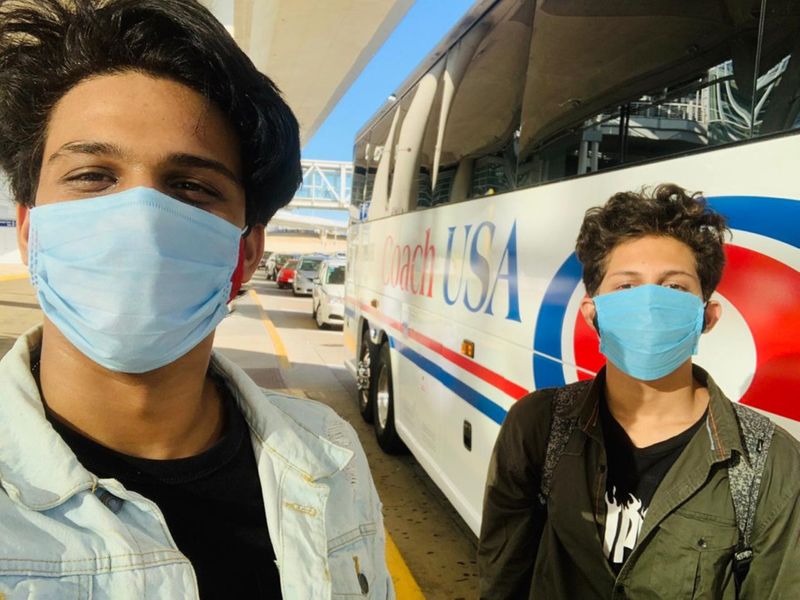 “For the past four-five months we didn’t eat any proper food. Everything was like junk food”,the boys told Gulf News. When the cases increased, both the boys panicked and were depressed they couldn’t get home.

Luckily, their father Sahad Sattar was a travel agent in Dubai for the past 25 years. After checking all the rules and restrictions, he came up with a plan. As per Sattar’s plan, the boys would travel from Calicut to Delhi and from there to Dubai via Chicago. The family made of the US visas to bring back his children. Sattar  found out that Indians arriving from some states in the US can get visit visas while they could not avail the service when in India.

“We didn’t find any other way to come from Kerala to Dubai. This was our only chance. So we thought of taking the risk,” said Bilal.

Sahad then secured the 90-days’ tourist visas from Dubai for the children by providing their place of departure as Chicago in the application.

On that note, here’s a Step-By-Step Guide To Approvals, PCR Test, & Flights for expats returning to the UAE. 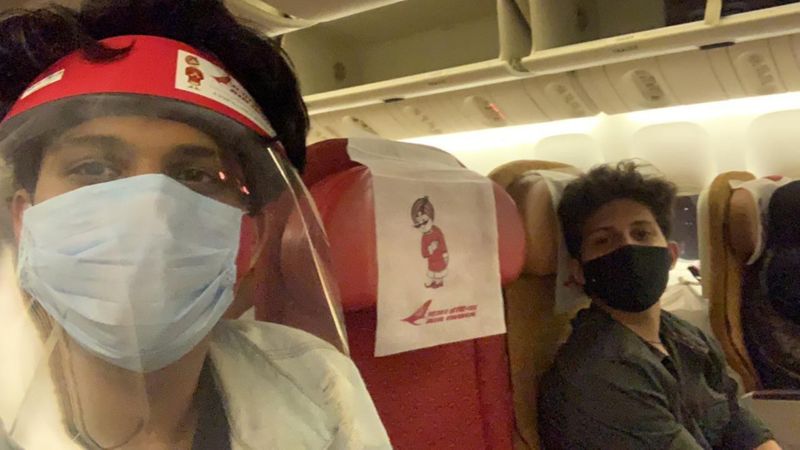 Also read this story of Dubai Residents Who Returned Home With AED 50,000 Bills After 105 Days In Maldives.

The boys stared the long journey from Calicut at 8pm on July 22. After a three hour flight, they landed in Delhi, where they spent another three hours in transit. The journey from Delhi to the US was the most trickiest as the boys were questioned why we wanted to go to the US, amid the chaos there. 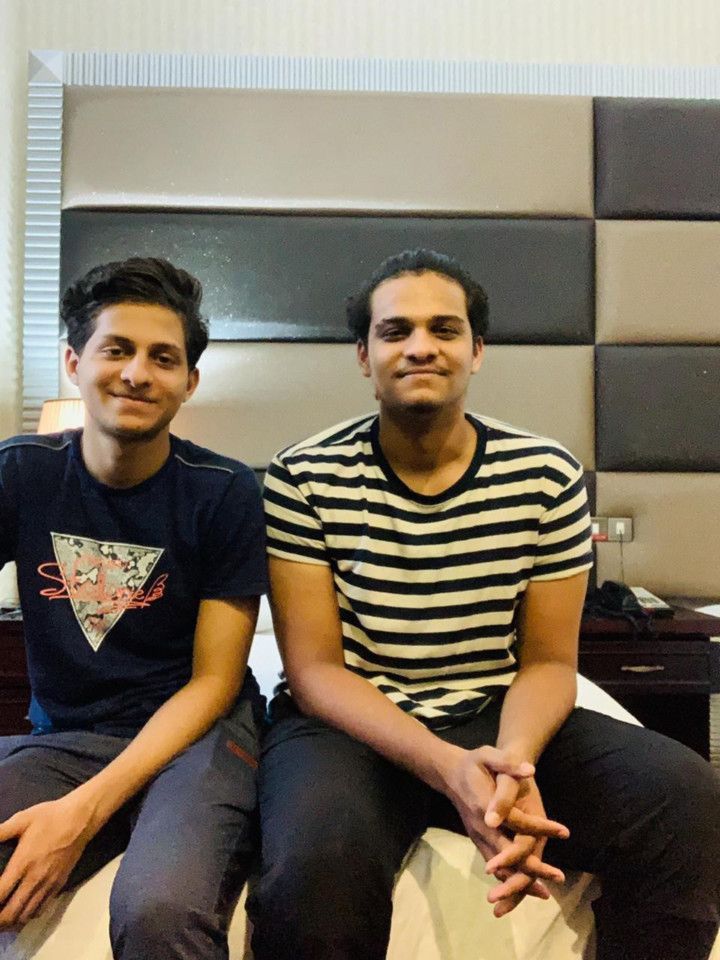 “They asked us why we wanted to go to the US when there are many cases [of COVID-19] over there. Once we explained the reason, we were given immigration clearance. At Chicago also, we had to explain that we were not visiting the place but only transiting to fly to Dubai,” said Bilal.

Thankfully, they boarded the flight. It took more than 15 hours for them to reach from Delhi to Chicago. Their 15 hour transit in Chicago was a smooth one, as they were put up at the airport hotel in Chicago. Although the USA was one of their dream destinations, the boys were unable to enjoy. Their only motive was to re-unite with their parents and their younger siblings – Maryam, Zainab, Sarah and Ammaar.

They finally landed in Dubai at 8pm on July 24. Also read this story of an expat who reached Dubai after traveling 40 Hours, 4 Days, 5 Cities.

Although he boys tested negative, the family decide to delay their reunion a little more. The parents decided to keep their kids in a hotel near their flat in Abu Hail for a week, just to be on the safer side. They made sure the kids enjoyed every meal, especially the ones they missed most- homemade food by their mother Nadiya Sahad. 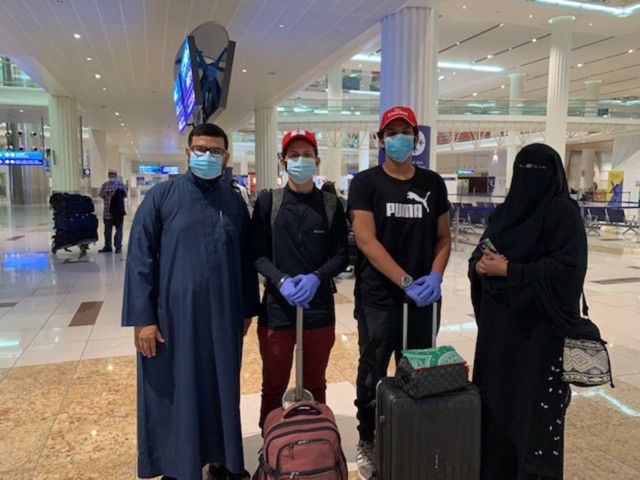 “We decided to bring kids home to be with us for the Arafat day fast and celebrate Eid together with us. We had terribly missed them during the Eid-ul-Fitr. We are grateful to the almighty that they are finally here safe and sound with us for Eid ul Adha,” said the happy father.

Until you can fly again, here are some weird virtual tours that you can take from across the world.