Lake Discovered 11,000 Feet High…
I Went For A Road…
Pondicherry’s Pristine Beach Reappears After…
Baby On The Way? Here’s… 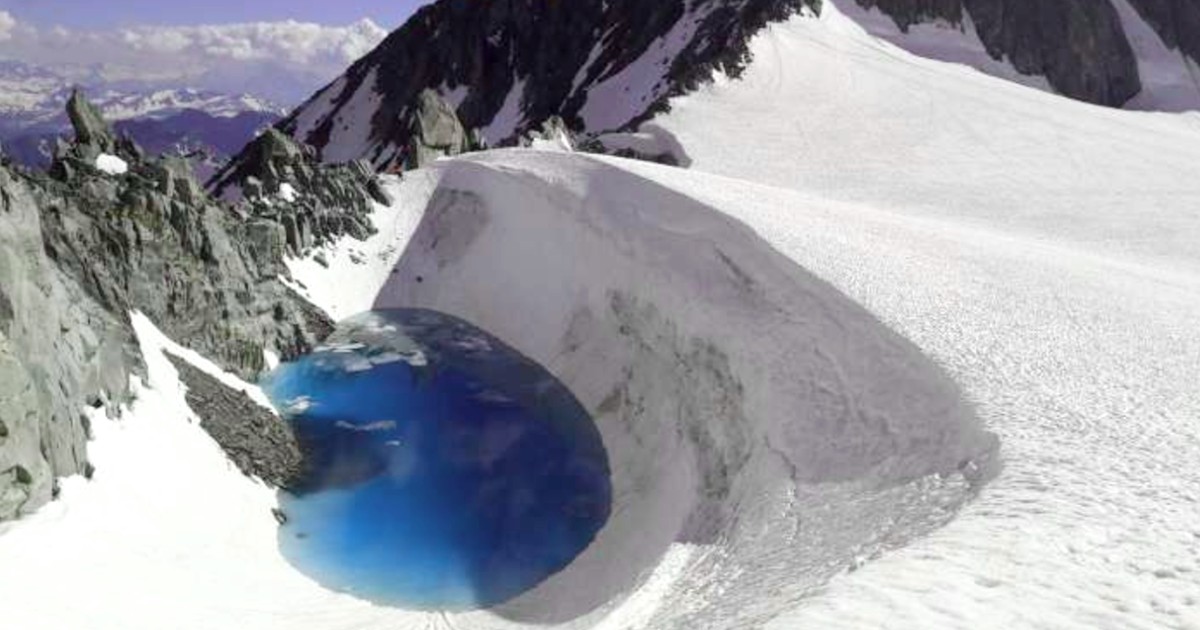 Climate change is no joke and the recent discovery of a lake in the alps, as high as 11,000 feet only confirms how bad the situation is.  The effects of climate change are felt across the world. And it’s definitely a cause for concern at the earliest. The North Pole recording it’s hottest temperature, floods in Washington DC, lack of ground water in India and many more alarming events are rocking the very base of the world as we know it. Now a lake has been discovered in the Alps. It was caused due to a gripping heatwave in Europe, which resulted in the ginormous meltdown of a glacier, thus forming a lake. French mountaineer named Bryan Mestre discovered this lake on the Alps and shared a picture of it on social media on June 28, 2019. 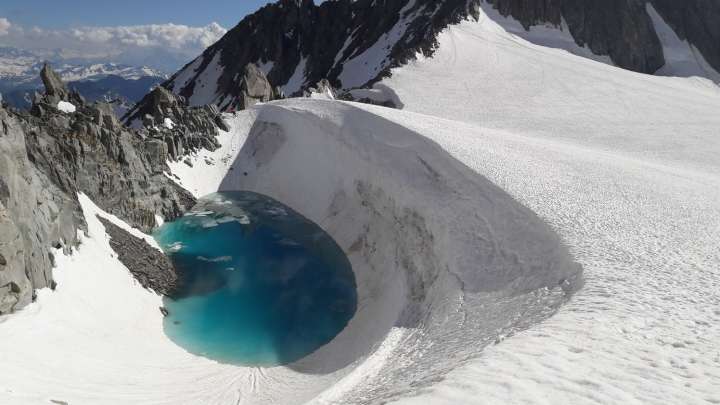 French Mountaineer Bryan Mestre Discovered A Lake On The Alps On June 28, 2019

The lake was discovered as high as 11,000 feet in the Alps. It seems to be a direct result of a gripping heatwave in Europe. This resulted in a large meltdown of the glacier, thus forming this lake. The alarming site was discovered by a French mountaineer called Bryan Mestre. He was absolutely shocked to come across this pool which was covered in snow only 10 days back!

Just 10 days back, fellow mountaineer Paul Todhunter captured a picture of the same area that was covered in snow. Bryan Mestre states to the IFS Science website that the lake is located in the 3,400 to 3,500-meter area. He informs that people must find snow in that area and not liquid water, as most of the time when they stay at that altitude the water in their bottles start freezing. He reveals the lake was a real surprise. Due to climate change, the snow  in Antarctica turned green. 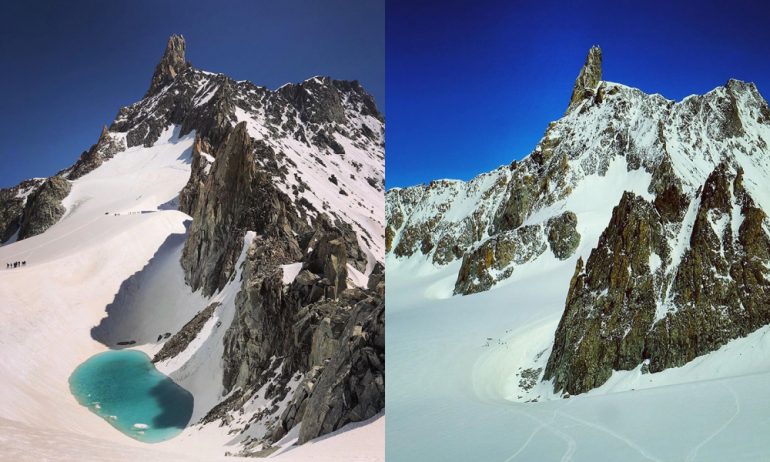 Bryan Mestre posts on Instagram, “Time to sound the alarm. Only 10 days of extreme heat were enough to collapse, melt and form a lake at the base of the Dent du Géant and the Aiguilles Marbrées,” said Mestre to the IFLScience website. “This is truly alarming … glaciers all over the world are melting at an exponential speed.”

Time to sound the alarm… The problem here? These two pictures were taken only 10 days apart… It was taken earlier on June 28th, the second one was shared by Guide Mont Blanc Only 10 days of extreme heat were enough to collapse, melt and form a lake at the base of the Dent du Géant and the Aiguilles Marbrées That I know, this is the first time anything like that as ever happened. Southern Europe and the Alps have been struck by a massive heatwave with temperature ranging from 40 to 50 degrees, the below 0 freezing altitude was as high as 4,700m (15,400ft) and during the day temperatures as high as 10 degrees Celsius (50 F) were felt on top of Mont Blanc 4,810m (15,780ft)… This is truly alarming glaciers all over the world are melting at an exponential speed… Photo Credit : Gianlunca Marra (@guidemontblanc ) Thank you to my sponsor @barrabes.ski.mountain who supports me and allows me to keep on exploring! #climbing #climber #climb #frenchalps #savoie #savoiemontblanc #hautesavoie #outdoors #globalwarming #mountaineering #mountains #mountain #montagne #montaña #montagna #montanhismo #mountaineer #alpinist #alpinism #alpinisme #alpinismo #alpi #alps #environment #savetheplanet #climatechange #montblanc @patagonia @beal.official @millet_mountain @blueiceclimbing

A lake where there were just snow 10 days back? It’s bad news guys. Climate change is real and the rate at which this lake has formed is truly shocking. At such a height, to find water can only spell doom. Only ice and snow are supposed to exist at such an altitude! If this doesn’t urge one to take action and work towards an environmentally positive manner, I don’t know what will. We need to curb the situation before it gets too out of hand. In order to curb climate change and help protect the glaciers in Antarctica, Punekar Avani Awasthee took matters in her own hands.

Travelling Abroad For Studies? These Countries Are Easing...