Afghanistan Has 3-D Light Projections…
Mumbaikars, You Have To Now…
Abu Dhabi’s Budget Airlines Introduces…
Dubai To London Gets Another… 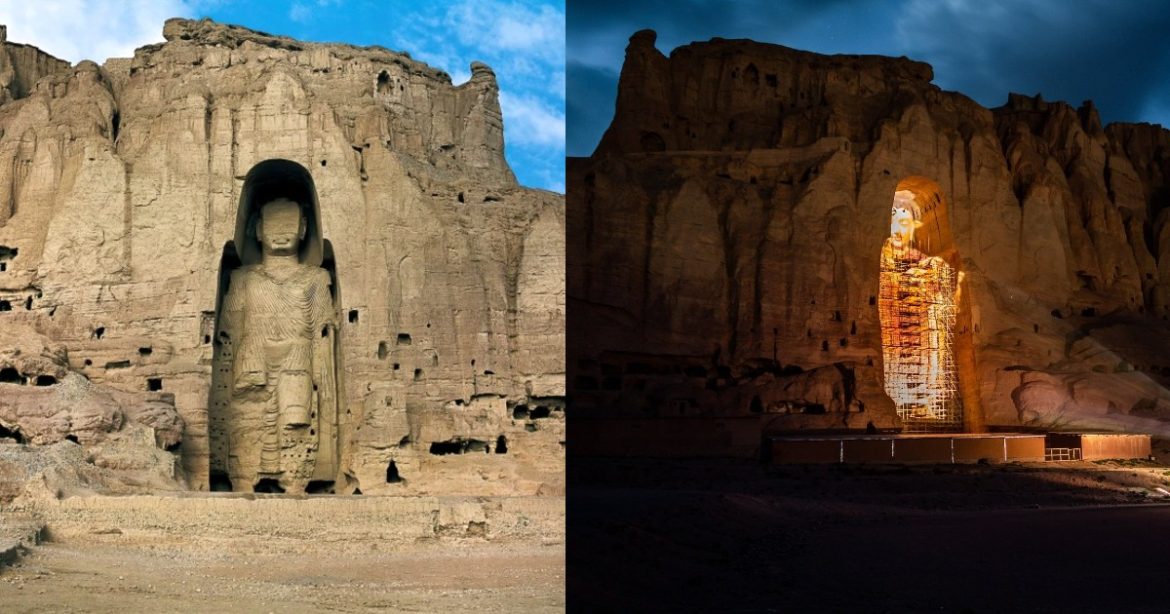 In the striking Bamiyan Valley of Afghanistan, on the side of a cliff, stood two prodigious Buddha statues that dated back to the 6th-century AD. Popularly known as Bamiyan Buddhas, they were constructed before the advent of Islam in central Afghanistan. The two Bamiyan statues of Vairocana Buddha and Gautama Buddha were the largest standing Buddhas in the world until the Taliban forces destroyed them in 2001, under the orders of leader Mullah Mohammed Omar. But thanks to technology, the Buddhas came back to Bamiyan in 2015 in the form of 3D light projections.

Also Read: The Hong Kong Big Buddha Is Among The Largest Seated Buddha Statues In The World

The Buddhas Were Resurrected By A Chinese Couple

Afghanistan’s Bamiyan falls on the Silk Route that traverses the Hindu Kush mountains. Before the arrival of Islam, Bamiyan used to be a thriving region of Buddhists and monks used to reside as hermits in the caves of the valley. The statues, in fact, were surrounded by various caves. The larger statue was around 180 feet and the smaller one was nearly 125 feet. When the Taliban destroyed the statues, giant hollows were left behind in the shape of the structures. The Chinese couple, Zhang Xinyu and Liang Hong helped in the restoration of the Buddhas by financing their illumination using 3D-laser light projection technology.

The Bamiyan Buddha site was listed among the World Heritage Sites by UNESCO. The Chinese couple donated the projector worth around $120,000 for the illumination. The 3D projections were unveiled on June 7, 2015. In 1971, Japanese Empress Michiko had visited the Bamiyan Buddhas. She was so mesmerised by the structures that she had even penned down a poem on them.

The poem read, “There at Bamyan, Under a moon faintly red, The great stone Buddhas, Their sacred faces shattered, Are still awesomely standing.” Michiko had also composed a follow-up of the poem after the structures were blasted apart.