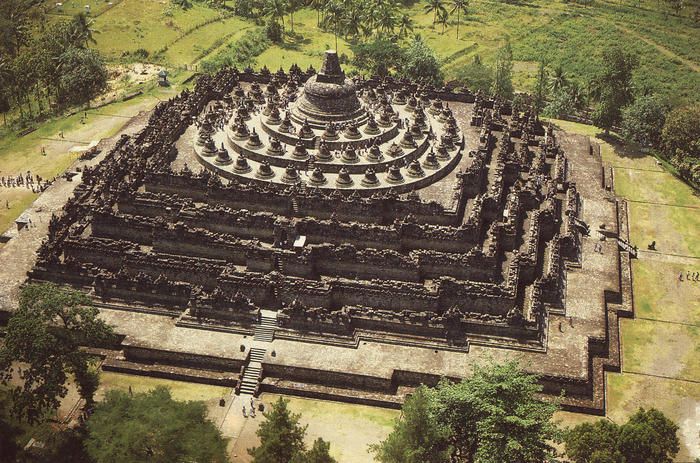 In Buddhist lore, one climbs towards heaven as they remove the attachments that they have bounded themselves within this world. With this metaphor, imagine climbing towards the steps of the world’s largest Buddhist temple. It would feel surreal. This temple, however, was lost to man for centuries and upon discovery has been unravelled in its beauty. Let know more about this magnificent temple. History Behind This Temple

Located in Central Java, Borobudur Temple is the recently discovered Buddhist temple that is titled as the world’s largest. This temple was built during the 8th or 9th century by King Samaratungga. The construction began in 780 AD, and it took 75 years to complete in 830 AD. However, this temple was then left abandoned due to unknown reasons. 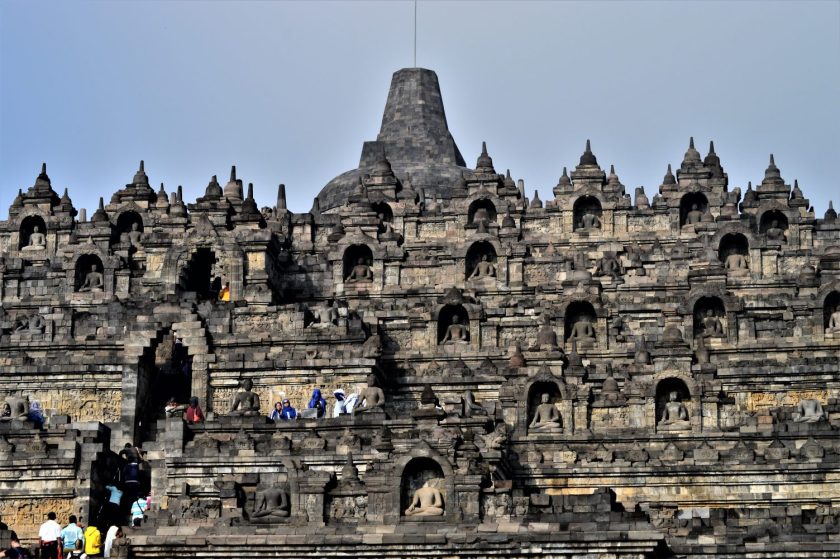 The temple is constructed in a manner that leads every pilgrim through an extensive system of corridors and stairways with 1,460 narrative relief panels. This temple with 2,672 relief panels and 504 Buddha statues, is touted as the largest and complete ensemble of Buddhist reliefs in the world. This temple covers an expansive area measuring 56,000 cubic meters and is decorated with stone carvings representing the life of the Buddha. 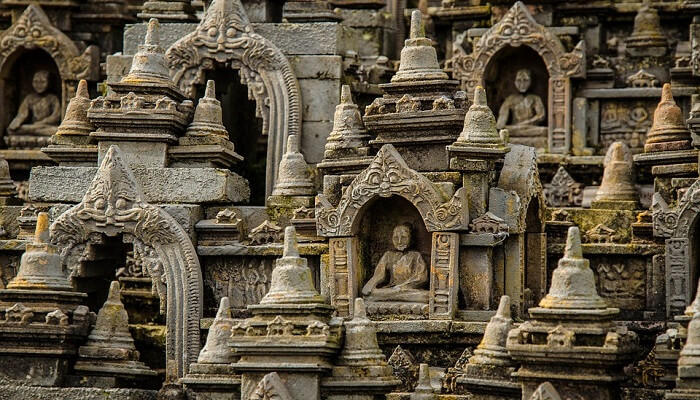 The Structure Of Borobudur Temple

The Borobudur Temple comprises three compounds namely Mendut, Borobudur, and Pawon. Mendut temple is located 3 km east from the Borobudur, while the Pawon Temple is located between these two temples. Amongst the three, the Borobudur Temple is the largest. Also, the architecture of this temple complex sets it apart from other Buddhist temples. The structure resembles a tantric Buddhist Mandala, which symbolizes the nature of mind and Buddhist cosmology. Meanwhile, the three tiers of the temple signify the three realms of the Buddhism- Kamadhatu (the world of desire), Rupadhatu (the world of forms), Arupadhatu (the formless world). Theories And Mysteries Behind This Temple

Speculation for abandoning this temple gave rise to two major theories, the first is the shift of the kingdom’s capital in the 11th century and the latter being the growing rise of Islam in the region during the 15th century. Regardless, this temple had been consumed by nature for over 500 years. It was much later, during the British rule that whispers of an abandoned structure that was common amongst the localities, reached the ears of the English governor, Thomas Stamford Raffles. It was the year 1814 and the governor sent a team of 200 people to investigate. It took the team two months but they finally unearthed the treasure that was the Borobudur temple. Did you know Kerala Has India’ss Tallest Shiva Linga That Is 111.2 Ft High? But even this discovery did not put this temple in the limelight. It was after another 160 years that any concrete plans of restoration were put forward. Then in 1975, a complete restoration project began with a team led by UNESCO and the Indonesian government. This project took seven years with more than one million stones dismantled, cleaned, cataloged and put in its rightful place. Today this temple stands tall and proud of its rich tradition and heritage and speaks of ages that have passed away.