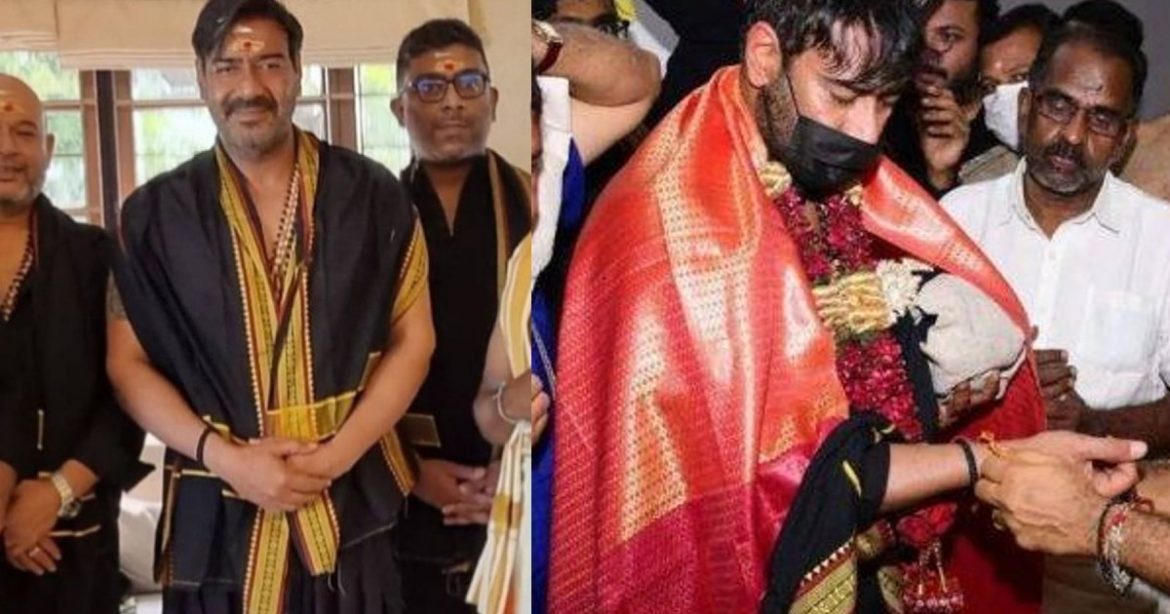 Actor Ajay Devgn recently went on a pilgrimage to the Sabarimala Temple in Kerala. Nestled in the Perinad Village of Kerala at the Sabarimala hill, it is one of the most popular pilgrimage sites in India and gets devotees from all over the world. Pilgrims to Sabarimala need to follow a simple life and abide by certain rituals before visiting the temple. Actor Ajay Devgan did all of them, as revealed by the pictures. As per reports, the actor did not cut his hair or nails for nearly a month. Also, he walked barefoot wherever he was going while observing the rituals. 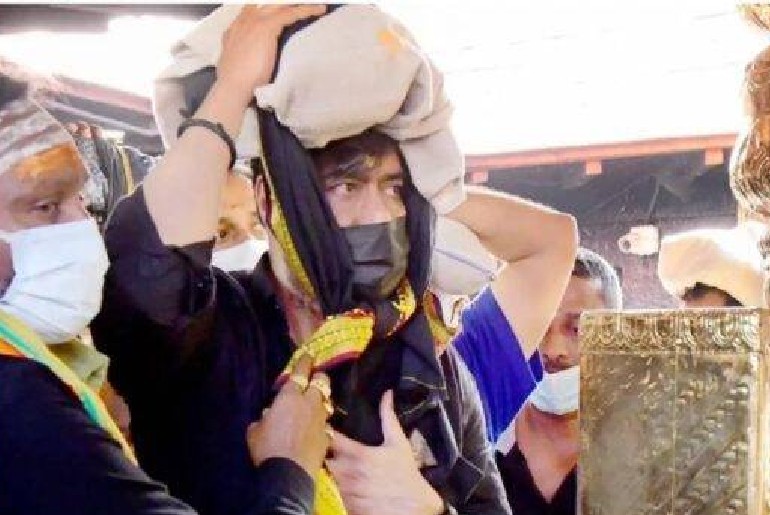 According to the Sabarimala Temple website, pilgrims are hoped to lead an austere and holy life known as ‘Vrutham’. On the starting day of ‘Vrutham’, the pilgrim adorns a chain that symbolises the acceptance to follow austerity, free of worldly pleasures. During the Vrutham period, Ajay wore black, did not cut his hair or nails, did not take alcohol and consumed vegetarian food without garlic or onion. While going out, he walked barefoot and also did not use any perfume. As per reports, he also slept for 11 days on the floor.

Also Read: Kajol On Mom Tanuja: I Am In Awe Of Her Parenting Style, She Made Me A Better Person

Ajay Made The Pilgrimage Amid Shoot Of Kaithi’s Hindi Remake

The Sabarimala Temple is dedicated to Lord Ayyappa. The actor has uploaded a video wearing the black attire and tilak, and has captioned it as “Swamiye Saranam Ayyappa.” Reports revealed that Ajay made the pilgrimage amid the shoot of the Hindi remake of the Tamil movie Kaithi by Lokesh Kanagaraj.