Alien-Like Hole In The Sky Witnessed In Al Ain 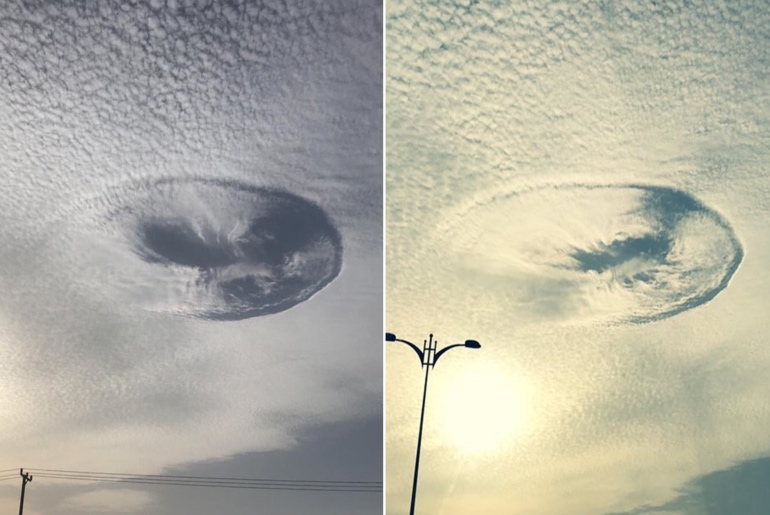 A rare phenomenon was recorded in Al Ain this Sunday and residents are paranoid if the Dubai sky is falling off. Seen the viral video yet?

Dubai residents are now googling all things about weather, thanks to the downpour over the last few days. However, something creepy was recorded this Sunday in Al Ain and the video went viral on Twitter.

A cloud formation occurred in Al Ain and that’s created all the fuss among Twitterati. Most of them (including us) mistook it to be some natural catastrophe and freaked. But fret not! National Geographic Arabia has now given an explanation to what was named a peculiar sci-fi picture.

The formation is called the ‘fallstreak hole’ and it appeared in Al Ain. Also known as the hole punch cloud, this is a rare phenomenon that happens when the water temperature in the clouds is below freezing, but the water is yet to be frozen due to the lack of ice crystals in the atmosphere. Ibrahim Al Jarwan of the Sharjah Planetarium shared the picture.

Take a look at the video.