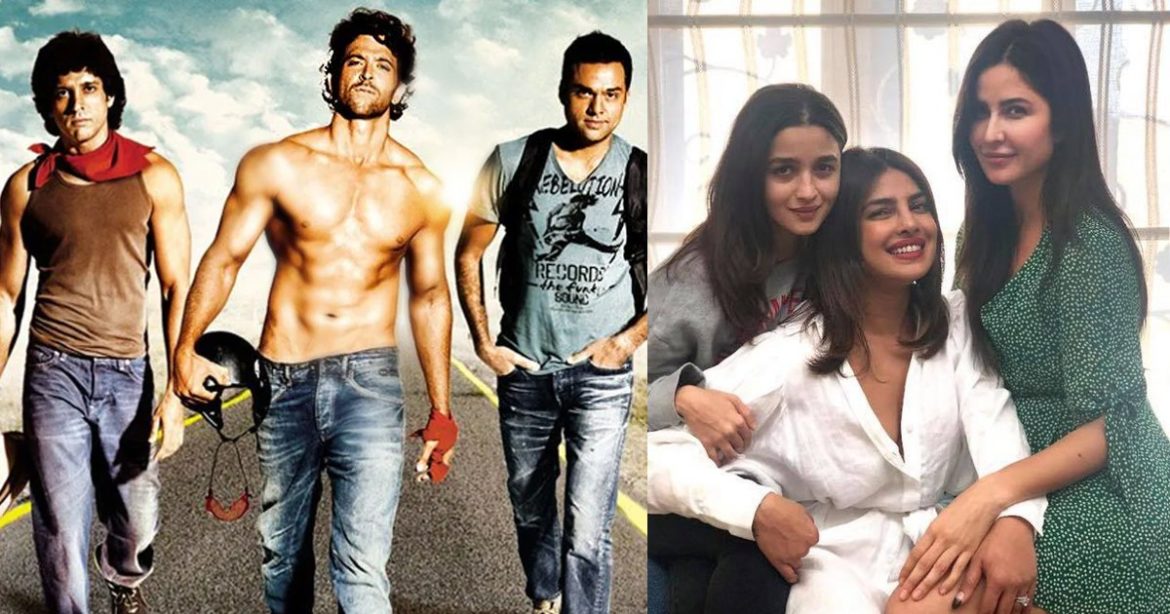 As Dil Chahta Hain completes 20 years, Farhan Akhtar took to his social media handles to announce his next road trip movie, but this time with ALL GIRLS. The movie titled Jee Le Zaraa will star Priyanka Chopra Jonas, Katrina Kaif and Alia Bhaat and its filming will commence in 2022. Farhan Akhtar revealed that there should be more films made about women. He believes that it’s necessary for pop culture to see the world through a women’s eyes. Jee Le Zaara in his words, is a film about girls going out and doing their own thing.

Also, we’ve been hearing that the cast of Zindagi Na Milegi Dobara i.e. Hrithik Roshan, Abhay Deol and Farhan himself will make a cameo appearance in this girl road trip movie.

Time For Girls To Take The Car Out!

In one of the videos, Farhan Akhtar remembers Dil Chahta Hain and Zindagi Na Milegi Dobara stating, “In 2001, the boys went to Goa. In 2011, they went to Spain. About time the girls took the car out.” Exactly after 20 years of Dil Chahta Hain and 10 years of ZNMD, the next road trip movie is in the making. The script of this all-girl road trip film is written by Farhan Akhtar, Zoya Akhtar, and Reema Kagti. Farhan Akhtar himself will direct the movie, which is set to hit the screens in 2023.

Which Destination Are The Girls Travelling To?

While the makers haven’t split the beans about the destination of the road trip yet, the poster suggests that it will be somewhere around Rajasthan. The highway sign on the picture shows Jaipur, Agra, Jodhpur. Also, we can see Hawa Mahal, Udaipur’s Lake Pichola and a camel walking in the desert. And this will be an absolute wow! Mumbai To Rajasthan Road Trip: Know The Route, Itinerary, Meals & Stay Options

The Internet Is Eager For The Release

Soon after the movie announcement was made, the post was flooded with likes and comments from the netizens. One user wrote, “Really excited only bcoz of the casting, I hope it’ll create magic like ZNMD & DCH.” Another commented, “Super news, Excited for this one thank you for a fully female-centric film. I have been waiting for years for this!!! thank you sir Finally you’re back as a director…after Jee Le Zara are directing a film sir!!!” Tagging two of her friends, a girl also wrote, “About time we take one too.” After all, why should boys have all the fun?