Allu Arjun Visits Golden Temple With No Bodyguards Or VIP Treatment; Fans Praise Him For His Humility 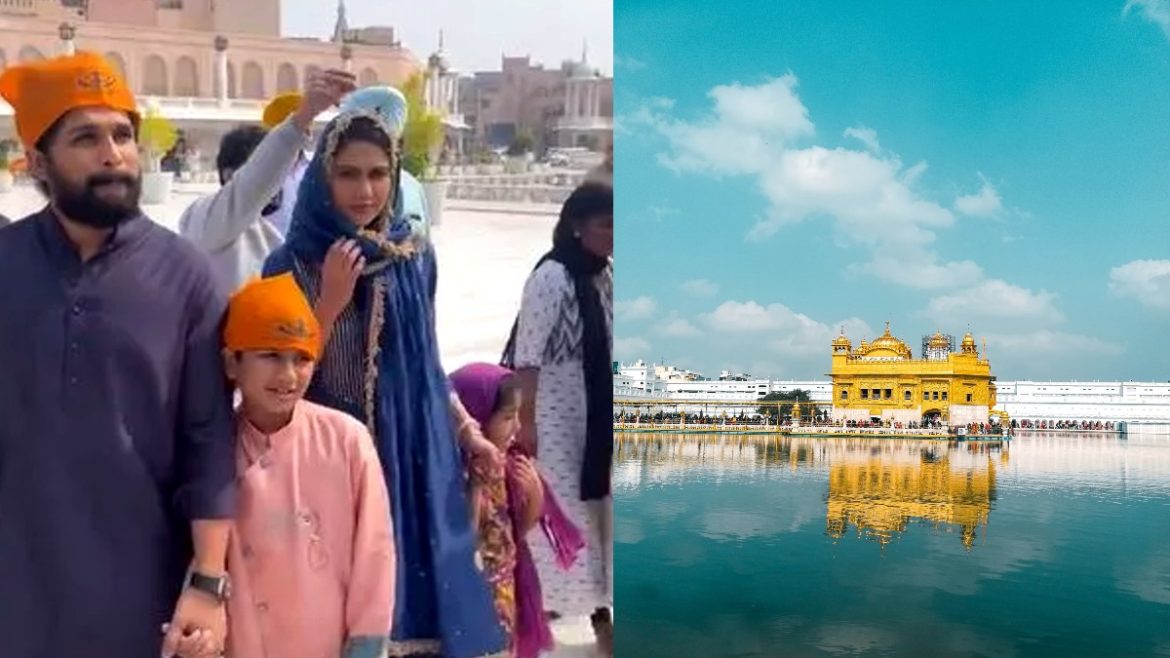 Allu Arjun, one of the biggest superstars of the Indian film industry is also known for his humility. The actor recently spent a fun day out with his family at Wagah Border. He interacted with BSF Army jawans and also clicked a picture with them. Later, he visited the Golden Temple of Amritsar. And his down-to-earth nature, impressed his fans, yet again.

Allu Arjun celebrated his wife, Sneha Reddy’s birthday at the Golden Temple in Amritsar. Despite being a megastar, he chose to visit the temple without his bodyguards. Ditching any VIP treatment, he stood in the queue like a commoner. In pictures shared by his fan groups, Allu Arjun walks into the gurdwara wearing a dark blue kurta-pyjama set.

The Pushpa star also shared a picture of the Golden Temple on Instagram. He captioned the picture ‘magical’. His fans flooded the comments section hailing him for his humility. While a fan commented that South Indian stars were humbler than Bollywood ones. Others appreciated him for his down-to-earth nature, citing this as the reason for respecting him.

Earlier, RRR star Ram Charan organised langar at the Golden Temple. But since he was busy shooting, his wife, Upasana Kamineni Konidela visited the spiritual abode on his behalf. She represented Ram Charan for the langar seva. Moreover,  Upasana also added that visiting the Golden Temple nourished her soul.

Well, with your favourite celebrities visiting this spiritual abode, when do you plan on visiting the Golden Temple? Let us know in the comments section below.