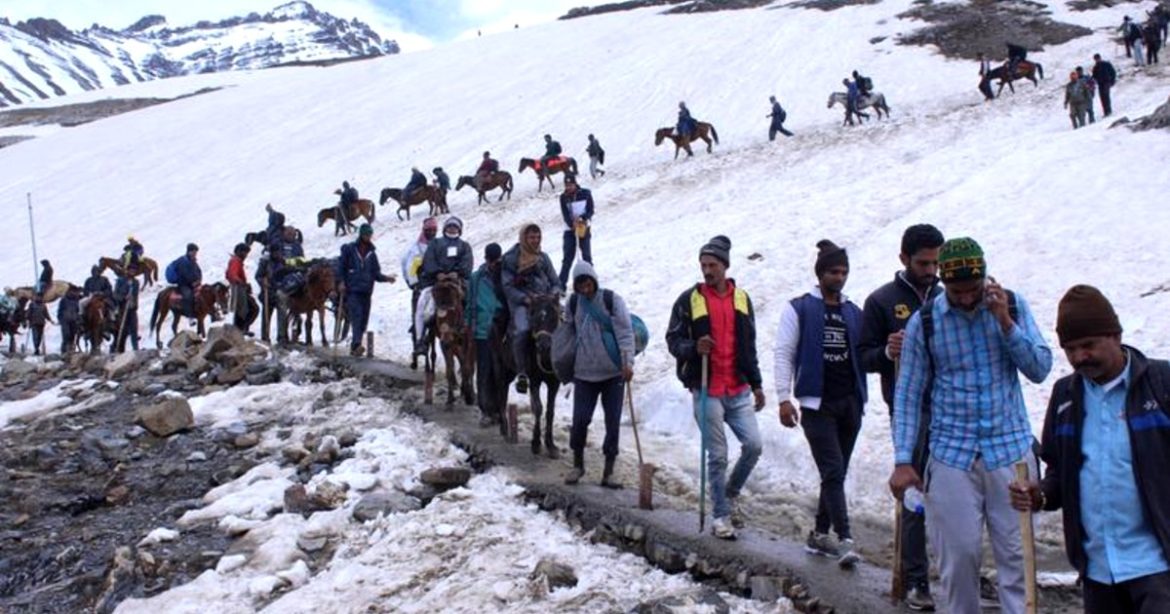 India is the world’s second most affected country by the coronavirus pandemic, after the USA. With 17.3 million Covid positive cases and over 3,23,144 new cases in the last 24 hours, it’s truly a serious cause of concern. Hospitals face a shortage of beds, oxygen concentrators and anti-viral drugs. The second wave has swept over the nation, drowning many. Despite this grave situation in the country, the government has still allowed the Amarnath pilgrimage in Kashmir. Makeshift tents and shelter facilities for 6,00,000 Hindu pilgrims are being set up. The pilgrims shall visit the 3380m high perched Amarnath cave shrine in the Himalayas. Thousands tested positive in the recent Maha Kumbh Mela. And now with the Amarnath Yatra scheduled to take place from June 28 to August 22, social activists condone this event and have serious concerns. Here’s everything to know.

Authorities at Kashmir temporarily suspended online registration for the Amarnath Yatra amid the spike in daily coronavirus cases in India. Yet, the pilgrimage site with base camps, makeshift shelters and facilities reveal that the Amarnath Yatra is scheduled to take place from June 28 to August 22. According to DW, the Shri Amarnath Shrine Board (SASB) stated that at least 30,000 pilgrims from all over the country registered for the event in April. The annual pilgrimage was suspended in 2019 and 2020 due to the region’s end of constitutional status and the first wave of coronavirus. Locals state that the government still wishes to organise the Amarnath Yatra this year to show normalcy in the region and to push its nationalist agenda.

In view of rising #Corona cases in the country, Shri Amarnathji Shrine Board (SASB) has temporarily suspended the registration for this year's Yatra to the Amarnath Cave shrine. #AmarnathYatra pic.twitter.com/ex3uG34DqS

The Kumbh Mela, which became a superspreader event, resulting in a major surge of new infections and deaths in India, might not seem to have taught much of a lesson to the government. Scores of people who returned from the Kumbh Mela in Uttarakhand tested positive in the Jammu region. Kashmir has meagre health care facilities. And the health advisory issued for the Amarnath pilgrimage does not mention the virus or the protocols that pilgrims must follow. Sheikh Ghulam Rasool, a prominent social activist stated to DW, “It can prove fatal both to pilgrims as well as locals because oxygen levels are low at high altitudes, and this disease mainly targets our respiratory system. It can prove to be a super spreading event and overwhelm our poor health care system. The government should behave responsibly and call off the pilgrimage.” 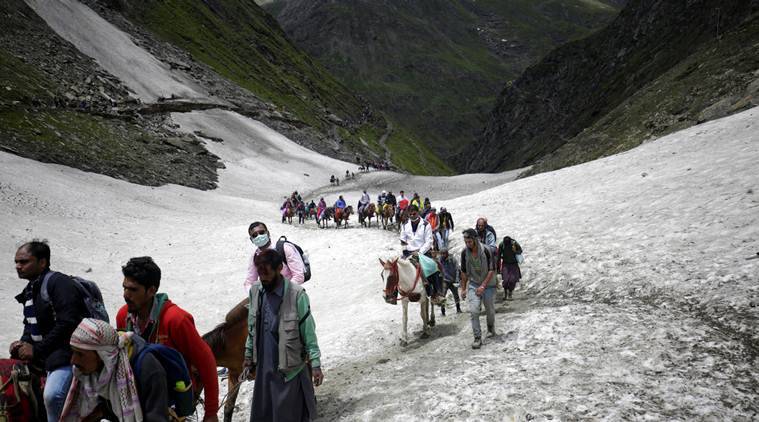 Any Congregation Must Be Avoided Amid Second Covid Wave

According to DW, analysts state that the government has allocated top priority to promote tourism in Kashmir has it’s a sign of a return to normalcy for the region. But a large number of pilgrims in the Amarnath Yatra would make it difficult to implement Covid protocols while promoting tourism. Anoop Nautiyal, founder of Development for Communities Foundation in Uttarakhand informed DW, “Any congregation at this point is a cause for concern because with the way the second wave of the pandemic is accelerating, we can’t say when it is going to stop.”