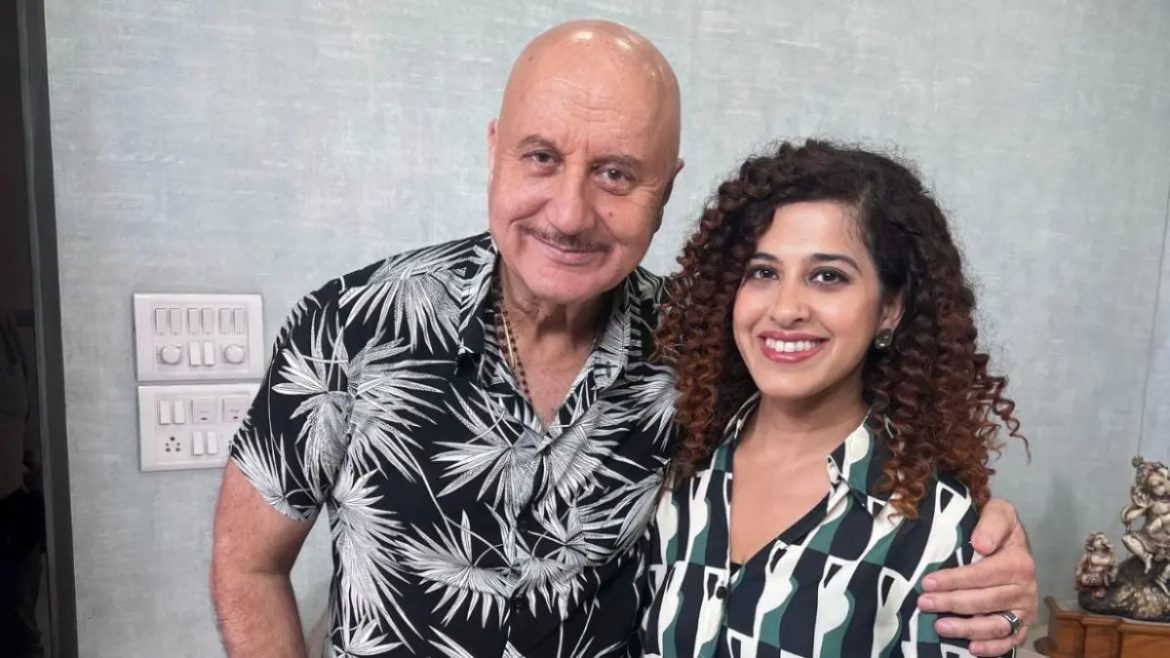 When we discuss veteran Bollywood actors, two of the most prominent names are Anupam Kher and Neena Gupta. The Uunchai celebs joined our Editor-in-Chief Kamiya Jani on an episode of Sunday Brunch over a mouth-watering spread of Kashmiri delicacies and South Indian food. From playing games to sharing many memories and stories of their personal and professional lives, the legendary actors spent a gala time on the episode.

Coming from a lower-middle-class family in a small town, Anupam Kher had to struggle really hard to make a mark in the Bollywood industry. After many hardships and struggles, he bagged his first-ever movie named Apman. It was the year 1981, over 40 years back, when he worked in a Bollywood movie Apman directed by Ami Asthana. He worked 2 days on the sets of the film and got ₹500 for a day. After coming to Mumbai, ₹1,000 was his first paycheck.

Also read: When Anupam Kher Stole Money From His Mother & Lied To His Parents To Become An Actor | Curly Tales

Right after this movie, Ramesh Behl signed Anupam Ji for a movie named Jawaani. He received a grand paycheck of ₹10,000 and decided to spend the entire amount with his brother and friends. Even after ordering a lot of beer, tandoori chicken, and a lot more at Holiday Inn, the bill was only ₹894. The funny thing is that he was quite disappointed as he couldn’t spend ₹10,000 on that day. He shared, “I have never enjoyed money much more than those ₹10,000.”

The Actor Stayed In A Railway Station For Almost A Month

To see the legendary actors gracing the episode with their anecdotes, memories, and so much advice and inspiration for today’s generation, click on the YouTube video linked right here. Also, for more such entertaining videos, do not forget to subscribe to the Curly Tales YouTube channel.