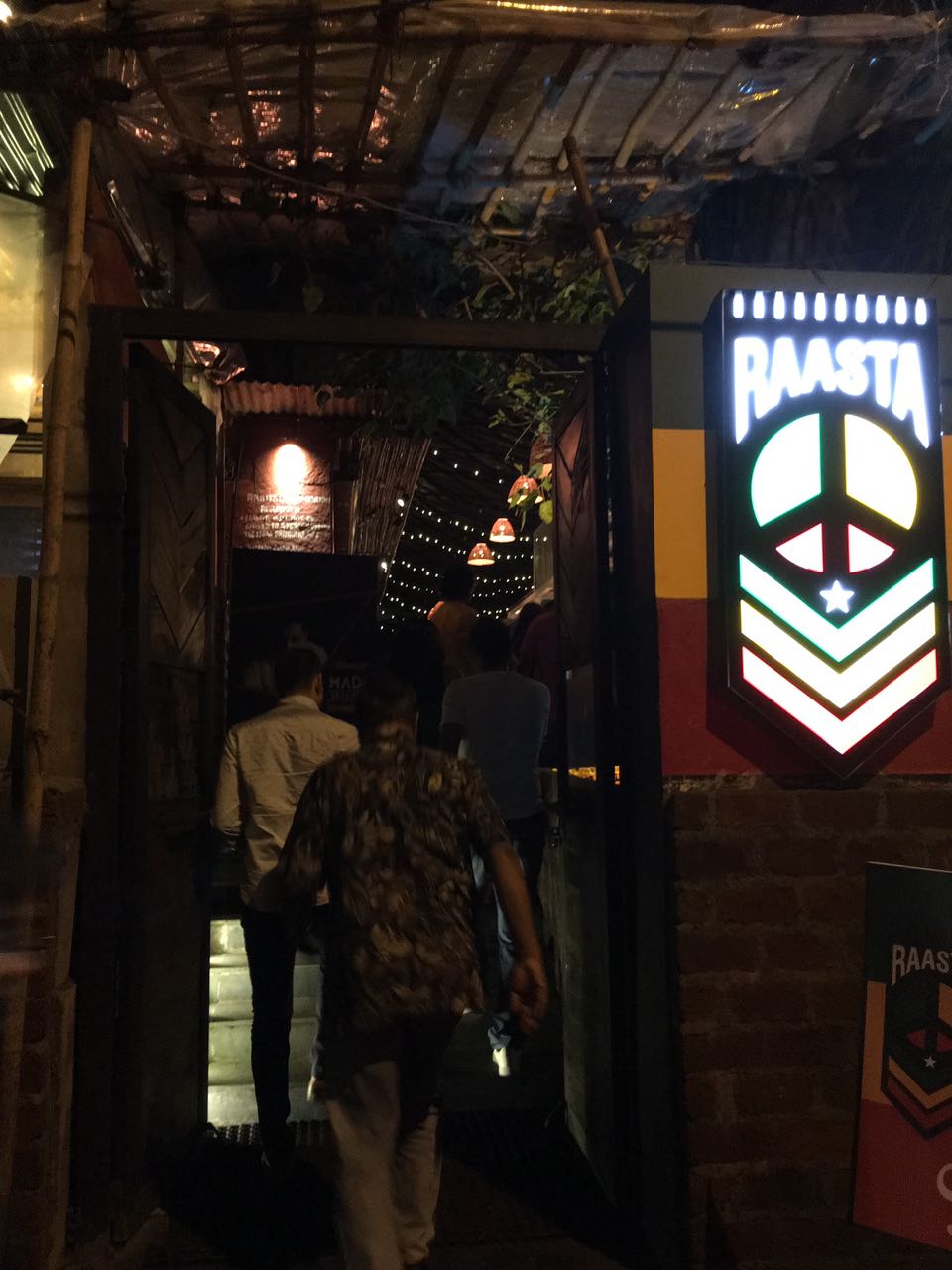 It was called a time travel themed bar crawl. A ticket gives you a cocktail at each bar and time travel for one night. Now, we expected a drunken version of “Midnight in Paris”, but it was more à la “Somewhere in time”. Reason – there were bars, but time travel was minimal, it was a bar crawl, but the crawl was missing.

Organized by Time Out and Paprika Labs, The 3 bars were all located in Mumbai’s suburb Bandra, where nightlife is everywhere you look and 18-odd-year-olds are equally, if not more, ubiquitous. What makes the proposition even more tempting is the price – Rs. 900. Showcasing the jazzy 1940s, the first stop in our time capsule a.k.a. my Maruti Suzuki SX4, was The Daily Bar & Kitchen. On arrival, we were presented with a little blue book was our host for the night – from answering our where to next, to our which song is that, it was also our ticket to the cocktails. It was a small place giving a chic and chilled private party vibe with a super cute patio. A mix of jazz and swing music wafted through and the long queue at the bar was proof that the first cocktail, afhaefa was really good.

The Champagne Mushroom Fricas (not included in the ticket) is a must try. The cover of the May 1940 edition of Vogue priced at 35 cents (I know, right!) adorned the walls and was one of the attempts made to stick to the time travel theme. Schlitz beer posters, Viceroy filter ads and lots of vintage caricature paintings found their place on the walls tried to play their part in the transformation of The Daily from a modern bar, to one in the Citizen Kane and Casablanca era.

2. The Next Era at Monkey Bar

Crawling (Driving) to the next era – the disco 1980s which was represented by Monkey Bar. The big boo here was that while ordinarily, the bar would have restricted entry, it could not do so that night to any of the ticket holders because of which the theme turned less 1980s more Mumbai local. Even so, the essence of 1980s was at the bare minimum here. Save 1-2 MJ numbers thrown onto the playlist. The seemingly compulsory poster with an era-dated adage, this time the Chicago Tribune shouting out the death of Martin Luther King, the Monkey Bar was dressed in modernism. 3. All Roads Lead to Raasta

Back to the present – Raasta! It’s the bar where you need to do absolutely NOTHING if you want it to denote the future. Two floors with a gallery view of the 1st floor from the 2nd and the futuristic DJ booth levitating in the middle somewhere. Big screens at vantage points showed the Arsenal-Chelsea game. Raasta revolves around the life of full-time Bob Marley from the 1970s. Nevertheless, the drinks served in bongs made up for it. So was it a time travel themed bar crawl. Maybe not. But was it worth the time and money? Yes. So if you’re usually the kind not satiated with just 1 bar in 1 night, this could well serve your purpose and your wallet as well.

We will keep you posted when this secret bar crawl happens next!