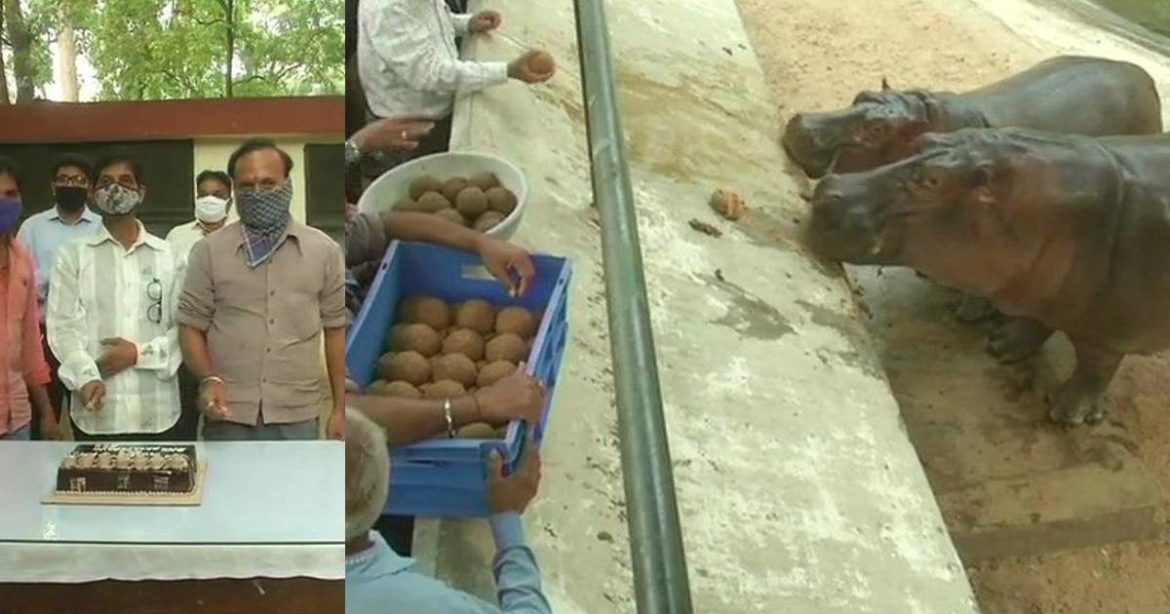 The internet is full of adorable pictures of man pampering their pets. To be honest, they are the best things on the internet, and we can never have enough of those cute pictures. Many also celebrate birthdays of their pets in unique ways. While some organise a traditional birthday party, others dress them up in adorable costumes. This time, a Baroda zoo has celebrated the second birthday of their beloved Hippopotamus to express their affection towards him, and the pictures are just too cute.

Also read: This Palace In Gujarat Is 4 Times Bigger Than UK&#8217;s Buckingham Palace With A Zoo &#038; A Golf Course

The Staff Brought A Cake & Laddoos For The Baby Hippo

The staff at Sayaji Baug Zoo in Vadodara district woke up the adorable Hippo named ‘Mangal’ with a cute gesture. They not only brought him a traditional cake but also treated Mangal with laddoos. Dubai&#8217;s Selfie Museum To Allow Pet Lovers To Bring Their Little Pooches.

Gujarat: The second birthday of a hippopotamus, Mangal, was celebrated at Sayaji Baug Zoo in Vadodara today. Mangal and its mother Dimpy were given special ‘laddus’ and a cake was also cut on the occasion. pic.twitter.com/Mg9T8Y8zsM

The Baby Hippo Celebrates His Birthday With His Mom

In the pictures, Mangal can be seen enjoying his big day and relishing all the treats with his mom ‘Dimpy’ by his side. Moti Bhai Raval, the caretaker of Mangal cut the cake and said that he feels like he was celebrating his own child’s birthday. 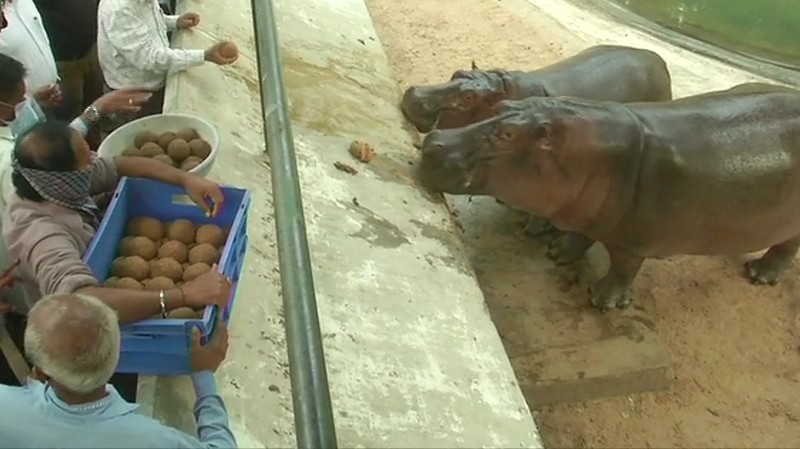 The Day Also Marked The Foundation Day Of The Zoo

As a beautiful coincidence, the day also marked the 142nd foundation day of the zoo established in 1879. The Municipal Commissioner of Vadodara, P Swarup, was the chief guest for the day. World&#8217;s Largest Zoo To Be Built In Jamnagar Featuring Birds &#038; Animals From Across The Globe.

Indeed, man cannot have a better companion than his pet.