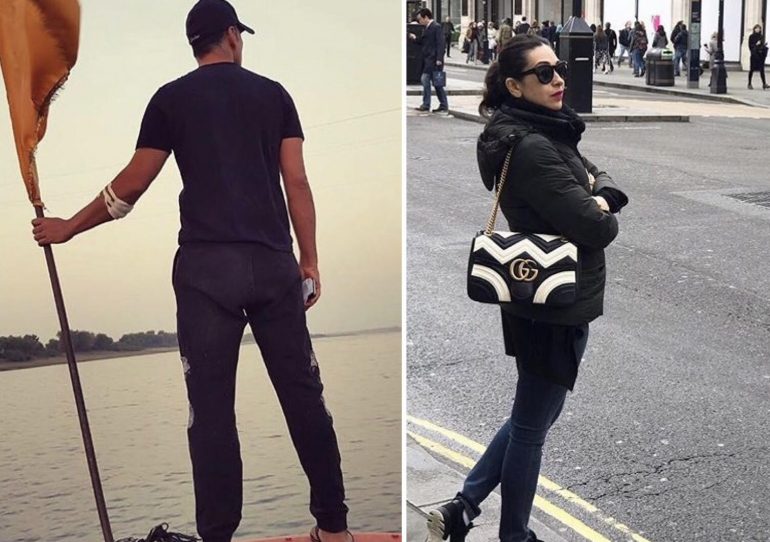 Lets finds out where is Bollywood travelling this Summer?

Last year it was Ganga and this year Narmada. Even if Akki is at work, he never  forgets to update us with his clicks and we love him for that. He recently posted this stunning picture with a flag as he was sailing over Narmada river. He’s shooting for the film, Padman. Infact, Mrs Funnybones, was with him on the sets few days ago but looks like Twinkle has left. No wonder, Akshay is missing his family already.

‪Last year Ganga, this year the Narmada!! My job takes me far and wide, but I can't wait till it takes me home… #ThinkingOfFamily ‬

2.  No Jet Lag For Sushmita Sen

Looks like the Ex-Miss Universe is all excited for a summer break to New York. Inspite of a tiring and a long flight, she seems to be enjoying the cool breeze and the perfect view from her balcony.

3. Arjun Kapoor Killing it With Style in London

Arjun and his designer friend Kunal Rawal are here to give Paris Hilton and Nicole Kidman a run for their money. Dressed in fancy jackets and heavy black beard, both of them are killing it in London. Looks like the duo are hitting the countryside.

There is no doubt that Karishma loves London and her girly gang. While she is out with her gorgeous girls, she is missing sister Bebo and friend Sonam Kapoor. Kareena and Saif are also in London for a maternity break but looks like Bebo couldn’t join them for this girl’s night out. Meanwhile, Lolo is definitely looking stunning in her black wintercoat.

Showing off his photography skills, Boman recently posted a view of Hong Kong and an old street in the Portuguese quarter of Macau, check it out!

An old street in the Portuguese quarter of Old Macau! . #macau #iphone

A view of Hong Kong. Got lucky with the pool of sunlight. . #iphone #hongkong #eyeboman

Anupam Kher is chilling in the most beautiful city, Shimla with his family. They all look so happy together. We can’t get our eyes off his brother who looks so similar to him. I am sure you can identify him too!