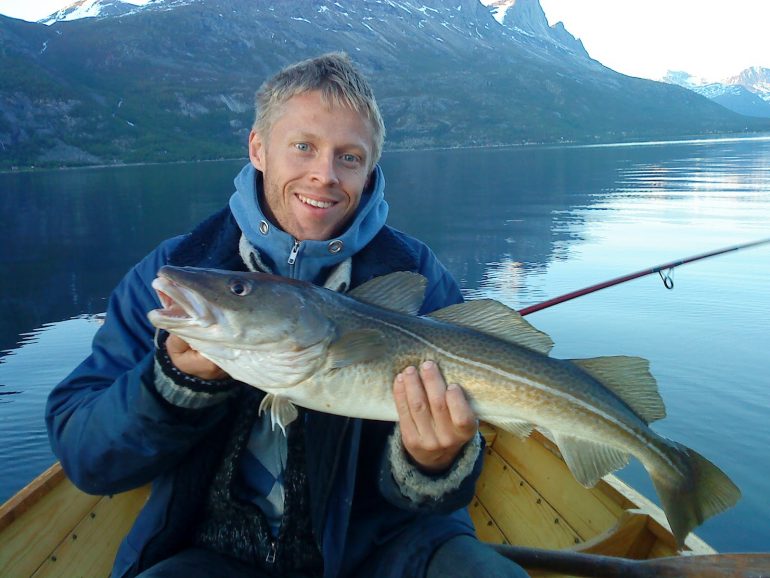 Born in Norway, Hammerfest, Globetrotter Gunnar Garfors always wanted to see everything. After having seen all 198 countries marked on world map, he calls himself a hobby traveller. When asked about his inspirtation, he says,

Travel is the best education that you can get. It opens your mind and really teaches you your value.

Escapades That Gave him Accolades

Gunnar discovered his love for travelling when he was a teenager. “Once I went to Kazakhstan and Kyrgyzstan and I got an impulse to travel all the seven countries ending with ‘stan’. I accomplished that and decided to step in every country in the world. The dream was achieved on May 8, 2013.”

He has visited every country in the world, and recently published a book about it; How I Ran Out of Countries*. In 2012 he visited 5 countries on 5 continents in just one day, a Guinness World Record. In 2013 he completed visiting every country in the world, as the youngest hobby traveller ever. And in 2014 he visited 19 countries in just one day, another world record. Before popping by 22 US states in less than 24 hours in September, 2015. And then just recently, he visited 48 counties in only 24 hours.

My curiosity got better of me and I reached out to Gunnar’s facebook page and asked the following questions: 1. At what age did you start travelling?

At the age of 17. When I was that young, money had always been a problem. I used to plan my trip on a tight budget and often sleep on benches, railway stations, parks and gardens. But I never stopped travelling.

2. Tell us about your first travel escapade

The first time I travelled on my own was to Europe. I had gone with a friend and it was quite exciting to see a new country. Honestly, I took travelling seriously in my late 20s. Today, I realise, travel is the best education that you can get. You learn how to behave in different countries and in different circumstances.

3. How do you manage to travel with a full-time job?

In Norway, we have five weeks of paid holiday plus approximately two weeks of national holidays. So I make use of every single holiday including my weekends just for travel. 4. How did you fund your travel?

I started travelling properly only after I got a job. I don’t have a dog, kids or wife that costs money. So, I spend all my money on travelling. Trust me, it’s simply the matter of priorities. Fortunately, I got a flat in Oslo at a very low price in the year 2000, so my living is also not expensive.

5. How did travelling 5 continents in a day happen?

That was actually a crazy idea! I was once travelling in a bus from the European side of Istanbul, Turkey and just by crossing a bridge I reached the Asian side. And I was just shocked on the realisation that I hopped from one continent to another in just minutes. That raised a curiosity in my head that how many continents can I visit in one day?

Then I started looking for details, tickets etc and thought I can cover 5 continents in a day. I asked a Filmmaker friend of mine if he was interested in joining my trip and make a documentary and he quickly agreed. Then it just happened. Yes, it involves planning but I have lots of these crazy ideas.

Once I started breaking travel records, it sort of became addictive. I was doing this trip with 2 of my friends and it certainly became the ‘boys trips’. We travelled 19 countries in Europe in one day in 2014. This gave us a booster to break the record in the US by travelling 22 States (previous record 17) in the USA. This involved a lot of planning. We had to run faster than the clock. As per the plan we thought of covering 23 states and could have made it but our first flight took off one and half hour late and we could only touch 22.

It involved 4 flights, 4 rental cars and 1 taxi to reach the goal. 7. Covering 48 counties in 24 hours is just unimaginable, how did you do that?

This was my recent stunt which took place in 2016 on August 20. Me, my brother and two other friends, we visited 48 counties in 23 hours and 34 minutes which involved non-stop action. It was one boat and one rental car in my journey.

I have some secret plans for this coming May. Except for my 5 continents record, all my record breaking happened after my 198 countries tour. Knowing the countries is very important. Breaking records is not considered as travelling. It is just  for an adrenaline rush. I am writing another book on countries less visited. There are some lesser known countries in the world and I am going to revisit them, do my research, interview people and write. I am planning to finish this by next year.

Oh yes, once I was in the Central Africa Republic and ran out of cash. I found a bank and it was unusually crowded. I just took out my phone and clicked a picture. Everyone turned towards me and gave me a dead look, I was petrified.

They all held me, started shouting at me and came to hit me. Like an angel, an Englishman entered and calmed them down. I was asked to delete the picture. He later told me they all had not received their salaries for months and were asking for money. I learnt my lesson and I treated him and chicken for saving my life. Phew!

10. Your favourite Islands would be…

Most of my favourites would be in Oceania and Pacific, the ones which are less explored. Tonga, which looks like all cartoonish having palm trees, sunset, sea and everything are just picture perfect. These islands are less explored but they are no less than paradise islands.

Ice land would be next. Ireland which is also one of the most friendliest countries in the world. Domenica too has beautiful islands. From African islands, it would include Cape Verde which was also my last destination while on my 198 countries tour. Madagascar is a huge island which has reefs, rainforests and what not. The list can just go on…. I am going London & Spain next week. In March, I am heading to Oman, Maldives, Sri Lanka Muscat, India and back to Netherlands. Post that, I am going to the US for Ted Talk.

13. Any suggestions for travel enthusiasts?

Travelling to new countries is a lifetime experience. Read a little about the country, its religion, politics and culture. Don’t read too much as it will lead to conclusions without even reaching there. Mingle with locals because it is the best way to know the country and people closely. Ask them about the places to visit in the nearby vicinity. Don’t plan everything before your trip. Be open to accepting everything new comes your way. How many countries have you travelled until now? Share in the comments below.