British Professor Calls Idli Boring;…
Instagram Chef Burak Ozdemir To…
From Rainbow Burgers To Taco…
You Can Now Enjoy A… Don’t underestimate the power of a common man! We all know this famous Shahrukh Khan dialogue from the movie Chennai Express. And recently, a British Professor faced the consequences of underestimating the power of Indian food. UK-based professor of History, Edward Anderson, had posted on Twitter, “Idli are the most boring things in the world.” And what he tweeted casually turned out to be the inception of a furious social media revolt, which many people are referring to as ‘Idligate.’ Anderson faced the wrath especially from the people of South India, where idly is one of the most popular dishes. To pacify the netizens, Anderson even ended up ordering a plate of Idli and posting its picture on social media. 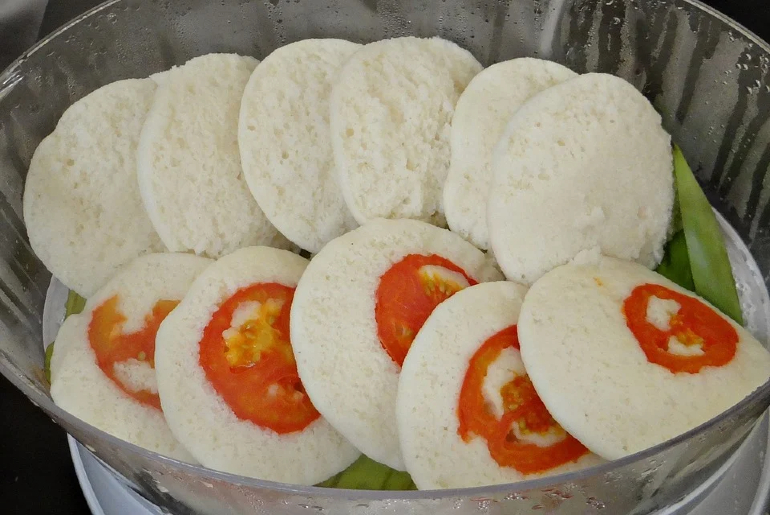 History Professor of Britain, Edward Anderson, took to Twitter to call the famous South Indian dish idli ‘boring’. But he probably had no idea about innumerable online rebukes he had to face after making the post. His very straightforward opinion of idlis drove food delivery start-up Zomato to reply with a question, “What’s that one dish you could never understand why people like soo much?” His post infuriated thousands of South Indian netizens who started questioning his taste in Indian food and culture. One user wrote, “Clueless white boy.” Another user stated, “Do not invoke the wrath of South India”. What’s more, MP Shashi Tharoor took part in the debate and wrote, “Yes, my son, there are some who are truly challenged in this world. Civilisation is hard to acquire: the taste & refinement to appreciate idlis, enjoy cricket, or watch ottamthullal is not given to every mortal. Take pity on this poor man, for he may never know what life can be.” Ishaan Tharoor stated,” I think I’ve encountered the most offensive take on Twitter.” Also Read: Idliiies In Jayanagar Serves Over 10 Types Of Idlis Including Chocolate Idli

After the non-stop online lashes, to make up for his statement, Anderson again tweeted, “p.s. Before the whole of south India attacks me, can I just say that I love dosa and appam and basically all south Indian food. But idli (and puttu for that matter) are insufferable.” He even mentioned that his in-laws are from Kerala, stating, “I now know to criticise south Indian food at my peril! The idli defenders appear to be a seriously passionate bunch. But will my in-laws in Kerala forgive me??” Anderson even ended up ordering idlis for lunch. He stated, “Having accidentally enraged the entirety of South India (and its omnipresent diaspora) on twitter, it was only right to order idlis for lunch. I’m very sorry to report that my unpopular – or “blasphemous”, as some have said – opinion remains unchanged.”

Also Read: This Idli Maker In Chennai Made A Record-Breaking 124.8 Kgs Idli

This ‘idli debate’ proves that India is indeed united by food. Meanwhile, here are 12 regional dishes from South India that one must try:

That Place In Karama, Dubai Serves Over 49...